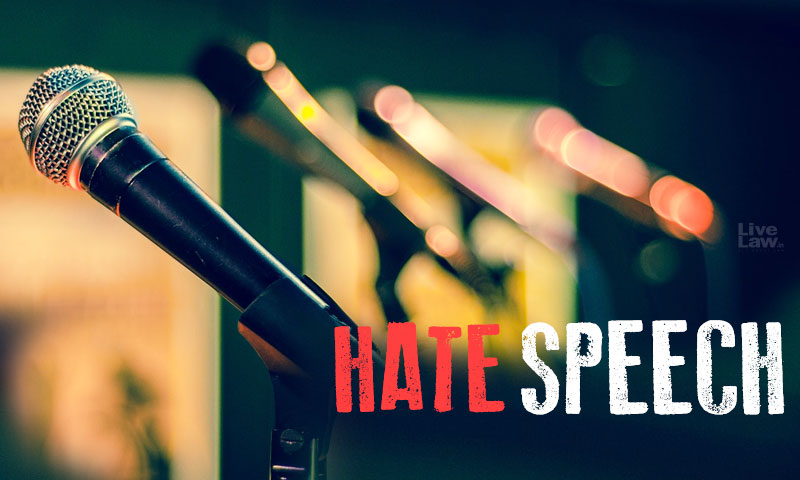 Recent times have seen a highly worrisome trend of few popular media houses acting as platforms for spreading hate-speech and malicious propaganda against minorities and critics of the establishment.Casual but dangerous labels like "tukde-tukde gang", "urban naxals", "anti-nationals" etc, are thrown at those who do not subscribe to the majoritarian narrative. In the given context,...

Recent times have seen a highly worrisome trend of few popular media houses acting as platforms for spreading hate-speech and malicious propaganda against minorities and critics of the establishment.
Casual but dangerous labels like "tukde-tukde gang", "urban naxals", "anti-nationals" etc, are thrown at those who do not subscribe to the majoritarian narrative.
In the given context, it becomes necessary to explore the relation media has with hate speech, the extent of their accountability and moral obligation in pursuing divisive narratives. Rwanda gives us a picture of a world where hate speech amplified by media escalated tensions and turned into a direct and public incitement of the worst form of violence- Genocide.
Rwandan Genocide: Context

In 1994, Rwanda went through a traumatic genocide. It witnessed a systematic and meticulous killing of the Tutsi community, an ethnic minority in Rwanda. Around 800,000 Tutsis and moderate Hutus were killed within the first 100 days, mostly with machetes. An estimated 150,000 to 250,000 women were raped.

The year preceding the genocide the Pro-Hutu National Revolutionary Movement for Development (MRND) engaged in a peace process with the primarily Tutsi rebel army, the Rwandan Patriotic Front (RPF). The subjects of negotiation were the End of civil war and the repatriation of Tutsi refugees and those in exile.

On 6 April 1994, the deaths of the Presidents of Burundi and Rwanda in a plane crash, ignited several weeks of intense and systematic massacres. Most of the killings were attributed to the Interahamwe a far-right paramilitary which started off as the Youth wing of the MRND.

On 7 April, Radio Television Libres Des Mille Collines (RTLM) aired a broadcast blaming the RPF and a contingent of UN soldiers for the plane crash. RTLM was a popular radio station that disseminated hate speech and propaganda against the Tutsi population and prepared its listeners for the coming violence. The radio station provided a popular platform for ideas already circulating in Kangura, an extremist magazine founded in 1990.

It becomes essential to talk about the impact of media and political rhetoric while revisiting the Rwandan genocide as it played an essential role in inciting violence and prolonging the carnage.

The consistent rhetoric of 'Us vs. Them' was able to strip down the humanity of an already nervous minority Tutsi population and convince the majority that they face an imminent threat to their existence. RTLM-popularly called 'Radio Machete'- was able to set a media apparatus to successfully and systemically vilify, villainize and 'other' the minority population in consonance with an already majoritarian national government. The members of the R.P.F. were known within the Rwandan government as inyenzi (cockroaches), and, all Tutsis—and any Hutus who opposed Hutu Power—were ibyitso (accomplices). Kangura and RTLM explicitly and repeatedly, in fact relentlessly, targeted the Tutsi population for destruction. Demonizing the Tutsi as having inherently evil qualities, equating the ethnic group with 'the enemy'. They drew a distinction between 'Real Rwandans' and Tutsis by questioning their faith, habits, history, values and loyalty. Percentage of the Tutsi population and ways to reduce the 'increasing percentage' were often discussed. Repetitive conjecture substantiated hate speech and justified a call for action of the 'Real Rwandans'.

On 3 December 2003, the UN International Criminal Tribunal for Rwanda (ICTR) found, Ferdinand Nahimana (Founder, RTLM), Jean-Bosco Barayagwiza(Board member,RTLM) and Hassan Ngeze(Chief editor, Kangura), guilty of genocide ,inter alia, direct and public incitement to commit genocide. Nahimana had called for a "war of media, words, newspapers and radio stations" to complement a war with bullets, according to the ICTR.

Judge Navanethem Pillay addressing Nahimana, said that he was fully aware of the power of radio to "disseminate hatred and violence…Without a firearm, machete or any physical weapon, you caused the death of thousands of innocent civilians." Further explaining elements of 'incitement', the ICTR said that, Kangura targeted Tutsis for persecution by regularly stereotyping them as liars, thieves and killers.

The judges said they found that the three men "used the institutions they controlled and coordinated their efforts towards the common goal: the destruction of the Tutsi population." They said their broadcasts and publications did not fall under the protection of the right to freedom of expression.

The three accused lodged an appeal against the Trial Judgement on various grounds of errors of fact and law. The appeal was heard in January 2007 and the verdict was rendered on 28 November 2007 retaining most of the elements of the initial ruling.

What is Direct and public incitement of Genocide?

1948 Convention on the Prevention and Punishment of the Crime of Genocide article 3(c) and ICTR statute article 2(c)(3) criminalize direct and public incitement to genocide.

Thus, 3 elements include that the incitement must be 'direct', it must be 'public' and intent to destroy in part or whole - 'Genocidal intent'.

With regard to the mens rea, in the Bikindi Case, the Trial Chamber noted that in the absence of direct evidence, genocidal intent may be inferred from the relevant facts and circumstances of the case. Essentially establishing that "direct element" doesn't have to be an explicit call for violence. It can be an implicit, coded, colloquial and culturally contextual call to violence as well.

Commenting on the liability of 3rd Party content, Trial chamber held Hassan Ngeze, the founder, owner and editor of Kangura, responsible. He directly exercised control over the publication of articles and editorials. The Chamber found that Ngeze acted with genocidal intent by using the publication to instill hatred, promote fear, and incite genocide even without publishing his own words or without directly calling for the killings of Tutsis. Thus, the contents of third parties were ascribed to him 'personally and directly'.

The court held that "in cases where the media disseminates views that constitute ethnic hatred and calls to violence for informative or educational purposes, a clear distancing from these is necessary to avoid conveying an endorsement of the message and in fact to convey a counter-message to ensure that no harm results from the broadcast. The positioning of the media with regard to the message indicates the real intent of the message, and to some degree the real message itself."

India has ratified and is a state party to the 1948 Genocide convention.

"Genocide is a process. The Holocaust did not start with the gas chambers. It started with hate speech."

The lesson from the Rwandan genocide is that hate speech is not without consequences and not without liability.