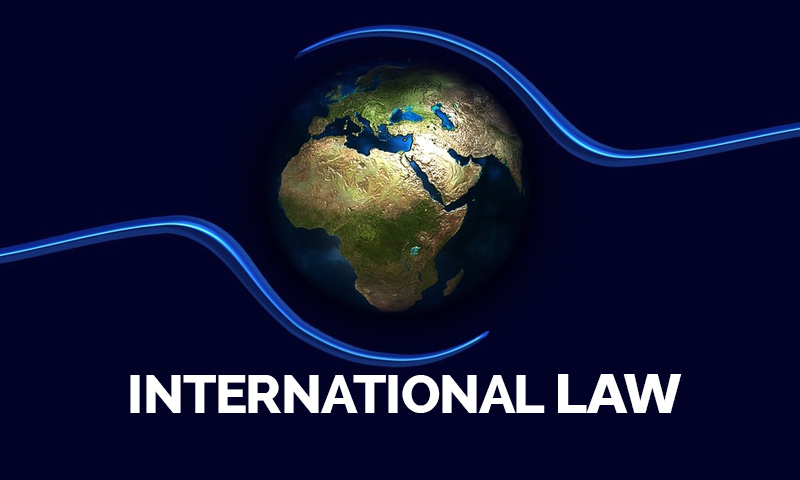 Apart from the global pandemic, the year 2020 has also marked important developments in the areas of international law and international relations. Currently, the conflict between Armenian and Azerbaijani forces looms large as international powers like Russia and Turkey have started showing interest in the dispute. Just about a few months back, a hand-to-hand skirmish between Chinese...

Apart from the global pandemic, the year 2020 has also marked important developments in the areas of international law and international relations.

Currently, the conflict between Armenian and Azerbaijani forces looms large as international powers like Russia and Turkey have started showing interest in the dispute. Just about a few months back, a hand-to-hand skirmish between Chinese and Indian troops at the Galwan valley resulted in a few casualties despite mutual commitments. The disengagement process has still not calmed down the situation. Israel's west bank occupation, trade war between the US & China and the South China Sea conflict are a few other recent international disputes to mention.

Earlier this year, US forces killed Iran's quds forces commander Soleimani inside Iraq while President Trump also daringly asserted that his forces will bombard Iranian cultural sites, which if done would amount to a war crime. Such a declaration was in direct breach of several principles of international law. For instance, the Hague convention insists "all necessary steps" for the protection of "buildings dedicated to religion, art, science or charitable purposes, historic monuments, hospitals and places where the sick and wounded are collected, provided they are not being used at the time for military purposes". The 1977 Additional Protocol 1 to the 1949 Geneva Conventions condemns "any acts of hostility directed against the historic monuments, works of art or places of worship which constitute the cultural or spiritual heritage of peoples".

Iran quickly attacked certain Iraqi military establishments by drones killing about 80 people. Caught between Iran and the US, was Iraq – a sovereign State with exclusive territorial jurisdiction. Though the Iraqi lawmakers passed resolutions seeking withdrawal of US forces from their territory, this was responded with threats from the US in conflict with the observations in the Lotus case [P.C.L.J., Series A, No. 10 (1927), pp68, 88] that:

'It is an admitted principle of international law that a nation possesses and exercises within its own territory an absolute and exclusive jurisdiction and that any exception to this right must be traced to the consent of the nation, either express or implied'.

According to Article 2(4) of the UN charter, 'All member States shall refrain in their international relations from the threat or use of force, against the territorial integrity or political independence of any State in any other manner inconsistent with the purposes of the United Nations.' Interestingly, this provision has often been observed in breach than in compliance, particularly when powerful States like the US are involved.

The Syrian crisis unfortunately resulted in death and despair of hundreds of thousands of Syrian civilians leaving several of them orphans, homeless, injured and even Stateless. The Syrian refugee crisis was, for a few years, a major factor affecting International relations in parts of Europe and America. Many European States like Hungary closed their borders in order to restrain desperate Syrian refugees fleeing their home in order to save their lives. Though Germany took several of them, the State had at several points of time conveyed its difficulty in taking refugees in such large numbers.

But has international law failed the innocent civilians who have been losing their lives and properties over several years serving the interests of international powers? Though international law has a sophisticated framework on laws of war/armed conflict and the 1951 Convention relating to status of refugees to address the impending issues, little could such framework do to find a lasting solution to the international conflicts.

This revives the age old question whether International law is a law, at all? Unlike municipal laws, where institutions are run by independent officers appointed subject to prescribed qualifications, for a fixed tenure and salary, powerful international institutions like the United Nations Security Council are run by Sovereign States whose primary objective in dealing with international issues is 'Security of their State' and 'Welfare of their subjects' and therefore there is patent bias in the institutions' actions.

For instance, the Chilcot report of 2016 found Tony Blair responsible for the "unfound" Iraq war during 2003-2008. If the report implied anything, the blame should have been equally shared by Bush's US administration. Blair was only a part of the US war against Iraq. Parallels of the Iraq war could be drawn from the Nuremburg trial that indicted the criminals of World War II. In December 2001, Blair had written to Bush that "it would be excellent to get rid of Saddam..an extremely clever plan be required." The Nuremberg trial decision had clearly held that "to plan or instigate an aggressive war is a crime under the principles of international law".

When several persons alleged of war crime during World War II defended themselves that they had only "executed the orders of superior officers", the Nuremburg decision answered that "the test is..whether the moral choice in executing the (order) was possible" . Whereas in the Iraqi case, the masters, Bush and Blair themselves, entered into the war without making a 'moral choice'. But an International Criminal Trial could never be possible against the masterminds behind the Iraqi war.

The International Criminal Court (ICC) established under the Rome Statute may exercise jurisdiction in a situation where genocide, crimes against humanity or war crimes were committed on or after 1 July 2002 and a) the crimes were committed by a State Party national, or in the territory of a State Party, or in a State that has accepted the jurisdiction of the Court; or b) the crimes were referred to the ICC by the United Nations Security Council. According to the ICC's statement, the United Kingdom deposited its instrument of ratification of the Rome Statute on 4 October 2001 and may therefore exercise its jurisdiction over Rome Statute crimes committed on the territory or by nationals of the United Kingdom as of 1 July 2002.

But the ICC does not have a police force or enforcement agency of its own and it largely relies upon the "co-operation extended by States". Even the International Criminal Court is intended to only complement but not to replace, national criminal systems; it prosecutes cases only when "States do not or are unwilling or unable to do so genuinely."

These are only among many other examples of International relations overshadowing International law include inability to try Sri Lanka for war crimes & ethnic cleansing during the IV Eelam War due to Chinese influence; India's infringement of Sri Lanka's sovereignty in Operation Poomalai; East Pakistan refugee crisis etc that are relevant in the Indian context.

International law has not been able to solve decades old problems like Palestine because International relations have not permitted it to. Only comprehensive international legal reforms can help save the lives of innocent civilians and the territorial integrity of sovereign States putting end to international conflicts. Leaders of Jawaharlal Nehru's stature from the third world should emerge again to initiate such a process.

(Author is an Advocate practicing at the Madras High Court)