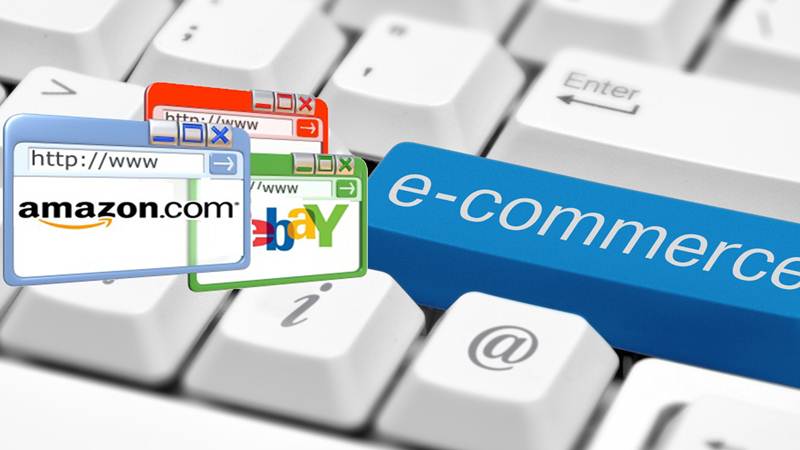 On February 24, 2019, the government released the much awaited draft national e-commerce policy. The primary focus of the draft policy is centralisation of data arising in India and promotion of its use for the country's development. The 41 page long draft has been termed as a protectionist draft replete with emphasis on securing data arising in India and treating it as a 'national asset'....

On February 24, 2019, the government released the much awaited draft national e-commerce policy. The primary focus of the draft policy is centralisation of data arising in India and promotion of its use for the country's development. The 41 page long draft has been termed as a protectionist draft replete with emphasis on securing data arising in India and treating it as a 'national asset'. The main concern of the stakeholders about the policy is the extent to which the policy can be effectively implemented and the extremely short time (i.e. till March 9, 2019) given for public consultation. It is also apprehended whether the present government will be able to introduce the finalised policy before the elections as the model code of conduct will set in soon and freeze the legislative activities of the government.

The draft policy has been divided into 6 categories – Data, Infrastructure Development, E-commerce marketplaces, Regulatory issues, Stimulating the domestic digital economy and Export promotion through e-commerce.Let us look into the strategies suggested in the draft policy under each of these categories:

Stricter restrictions are sought to be brought in through the draft policy on the cross border flow of data collected by 'Internet of Things(IoT)' devices installed in public space and data generated by users in India from various sources, including e-commerce platforms, social media, search engines etc.The draft restricts sharing of sensitive data which has been collected or processed in India and stored abroad to other business entities outside India or third parties even with the customer consent. Such datacannot be made available to a foreign government, without the prior permission of Indian authorities and immediate access to all such data is to be given to Indian authorities upon request. These restrictions seek to exercise sovereignty over data and has been termed as a highly protectionist move. Further, the extent of implementation of these restrictions have been doubted.

The draft exempts restrictions on cross-border flows for

(a) data that is not collected in India

(c) Software and cloud computing services involving technology-related data flows, which have no personal or community implications; and

(d) MNCs moving data across borders, which is largely internal to the company and its ecosystem, and does not contain data that has been generated by users in India from various sources, including e-commerce platforms, social media activities, search engines etc.

The focus of the government is on development of infrastructure to store data in India. A sunset period of three years has been promised to the industry to develop data storage facility. Data centres, server farms, towers and tower stations, equipment, optical wires, signal transceivers, antennae etc. will be accorded 'infrastructure status' as per the draft policy. By mooting for setting up of data centres in India, the draft policy aims to create more jobs and investment at domestic level. It may be noted that even though the draft policy encourages settling up of local data centres, there is no outright ban on storing of data abroad.

In tune with the current FDI policy for e-commerce, the draft policy emphasises on the allowance of FDI only on market place models and not inventory based models.As per the draft policy, all product shipments from other countries to India are to be channelized through the customs route.

The draft policy mandates that all ecommerce sites/apps which are available for download in India have to be registered in India as the importer on record oras the entity through which all sales in India are transacted. Further, local representatives are also to be appointed by the companies. The predominant intention of this move is for promotion of home grown e-commerce industry. At present, certain Chinese e-commerce companies are operating in India without having a registered entity or local representatives in India. This proposal in the draft policy is intended to reign in activities of such foreign companies.

The draft policy has taken into consideration the grievance of the domestic retailers regarding the large scale misuse of the Rs. 5000 exemption limit by foreign e-commerce companies which send cheap items to Indian customers under the guise of gifts. The draft policy proposes to impose ban on all parcels through the gifting route with the exception of life-saving drugs.

To give more power to trademark owners, the draft policy proposes all the seller details to be made available on marketplace website for all products. Further, the sellers are to give an undertaking to the platform about genuineness of their products which shall be accessible to consumers. The trademark owners can also register on the e-commerce platform and they shall be notified each time a trade-marked product is uploaded for sale on the platform. Upon the option of interested trademark owners, the e-commerce platforms shall not offer for sale any of her products without prior concurrence. The primary aim of this strategy is to give more control to trademark owners in preventing counterfeiting of their genuine goods online.

The draft policy also envisages all complaints of counterfeiting to be informed to the owner within 12 hours and once the owner confirms such counterfeiting, the seller shall be notified and the listing shall betaken down if the seller is unable to defend the genuineness of her product. Seller found to be selling counterfeit products shall be blacklisted by the marketplace for a specified period.

Besides counterfeiting, the draft policy also seeks to control online piracy by putting the burden on intermediaries to take steps such as identification of trusted entities, expeditious removal and disablement of access to the alleged content. Rogue websites i.e. websites that mostly host pirated content shall be identified and listed separately.

9. Prevention of Sale of Prohibited Items

b. The policy states that 'Significant economic presence' shall be the basis for determining 'permanent establishment' for the purpose of allocating profits of multinational enterprises between 'resident' and 'source' countries and expanding the scope of 'income deemed to accrue or arise in India' under Section 9(1)(i) of the Income-tax Act, 1961.

c. Online dispute resolution and establishment of e- consumer courts to address grievances online have been stated in the draft policy.

d. The draft policy underlines the need for enactment of regulation for unsolicited commercial messages on various platforms such as SMSs, emails, calls etc.

e. The draft policy suggests facilitation of online customs clearance by adopting Customs Electronic Data Interchange (EDI) platform, integrating all the Departments concerned such as Department of Posts, DGFT and RBI, and other stakeholders, eliminating manual processes under ease of doing business. In addition, provision will be made to source Export Data Processing and Monitoring System (EDPMS) data from RBI for confirmation of payments, instead of Bank Realization Certificate as per the draft policy. Shipper KYC will be mandated to identify foreign exporters and track suspicious activities such as sample shipping, gifting etc. Samples or gifts will be capped to a certain value per shipper per month, with any value above the threshold being subjected to duties. E-commerce will also be included in the National Integrated Logistics Plan with focus on faster delivery with emphasis on lower costs.

As per the draft policy, the recorded trade deficit indicates the need to promote exports in India. Moreover, the draft policy recognises the difficulties faced by start ups, small manufacturers and MSME's to participate in exports. To promote exports through e-commerce the draft policy has suggested taking into account the needs of the e-commerce sector in the proposed National Integrated Logistics Policy, increase of the existing regulation exemption limit of INR 25,000 for consignments through courier mode, simplification of documentation for exports, fastracking of implementation mode of Electronic Data Interchange (EDI), removal of provisions for collecting fee on applications submitted to claim export benefits to reduce the transaction costs for MSMEs and start-ups, setting up of Air Freight Stations (AFS) off the air ports to do cargo processing in airports itself and leveraging of India Post negotiate lower costs with international freight carriers.