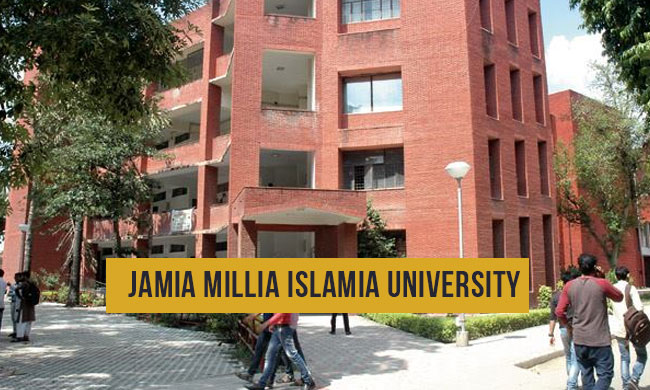 Inclusion and diversity need to be cultivated in Indian legal education. There is research showing top law schools, particularly NLUs, are elite and exclusive; the elusive islands of excellence are majorly populated by privileged students– the financially sound, the upper caste, the resident of big city and the child of educationally strong parents. Within that pool, the best performers...

Inclusion and diversity need to be cultivated in Indian legal education. There is research showing top law schools, particularly NLUs, are elite and exclusive; the elusive islands of excellence are majorly populated by privileged students– the financially sound, the upper caste, the resident of big city and the child of educationally strong parents. Within that pool, the best performers possess a greater degree of such privileges. In this context, viewing Jamia Millia Islamia, a Muslim-minority Central University with 50% reservation for Muslims, is important for two reasons.

First, the sample size of Muslim students at NLSIU was three. In a way, the largest minority in India could not be studied. JMI, having 63.77% Muslims, can facilitate study of even intra-community inclusivity. Second, unlike the elite and meritorious NLSIU, Jamia is not a top law school and is dominated by middle- and low family income students. Comparison of both institutions' student-bodies can help unearth a correlation between merit and socioeconomic factors. Jamia is significantly more diverse and inclusive than NLSIU on most counts. But the high performing students participating in international- and national-level moots and debates are far less (4.8% as opposed to 21.5%). The two reasons for conducting this study can foster discourse on inclusivity and diversity in education. Such research on education is scarce, pressing to be addressed.

For data collection a questionnaire with questions regarding socioeconomic background and pertaining to academics, participation in co-curriculars, student activities and future plans was prepared. Thereafter, a team of 31 students currently enrolled in Faculty of Law, JMI, was built to cover the sample space. Jamia is a vast university with more than 18,000 students enrolled. We covered 85.17% of the 5-year law student-body, i.e. 472 students. Final findings are both concerning and reassuring.

Gender ratio is slightly skewed in favour of males. In fact, for Muslim women, Jamia earmarks 10% seats within the total of 50% reservation. Yet, females are 40.16% and males 59.50%. Religious diversity is unsatisfactory. 63.77% are Muslims and 34.32% Hindus; Jains–0.84%– are numerically scarce at Jamia but in proportion to the national population, overrepresented. Shockingly, Christians, Buddhists and Sikhs are underrepresented- all less than 1%. Though JMI is a minority institution, Muslims are not overrepresented. The share of Muslim students getting admitted through non-reserved seats is a mere 13.77%, which is lesser in proportion to their national population. Further, patterns of intra-community diversity were also sought to be identified: amongst the Muslim students at Jamia, 85.83% identified as Sunni, while 36.54% identified as Shias. Authentic demographic sect-wise data within Muslims in India is not be found. Even more interestingly, the study throws up interesting data on caste patterns amongst the Muslim students, showing numerical dominance of the Ashraf castes.

Historically, social stratification among Indian Muslims is based on birth and race. Ashraf castes are the upper-most and claim foreign descent. They are subdivided into: Sayyad, Sheikh, Pathan and Mughal. Non-Ashraf castes are designated as Ajlaf. They claim local descent and Hindu converts predominantly hold affiliation to it. Some examples are Hajjam, Darzi, Teli, etc. The untouchables, like Bhangi, Chamar, etc, who converted from Hinduism are called Arzal ("degraded").

Today, existence of caste is negated on various grounds. Caste data was collected to make our study comprehensive. One of the objectives was to correlate caste data with other factors to discover historical implications on the current socioeconomic standing of each caste group. The data on caste background is telling. JMI is a Muslim-minority institution, yet Hindu-Brahmins (10.80%), who were 2/3 among Hindus, formed the biggest caste group. The same pattern was followed by Muslim Ashraf castes of Sayyads (9.11%), Sheikhs (8.68%), and Pathans (6.41%). Overall, the upper castes added up to 48.8%, backwards castes 13.98% and the rest were either unaware/did not mention caste or it was not applicable to them.

JMI as a central university imparts subsidized education. Hence, the tuition expenditure totals to a mere ₹9,000-₹10,000/annum for a 5-year law student, whereas fees among top NLUs ₹2,00,000- ₹2,80,000 lakhs/annum. So what kind of students benefit from the cheap education? The financial background of the beneficiaries is reassuring. 78.38% JMI students belong to families earning less than or equal to ₹1 lakh/month. Only 2.54% students are from high-income families earning above ₹36 lakh/annum. Jamia clearly caters to middle- and lower-income groups, unlike the NLUs. It may be pertinent to draw a comparison: in National Law School of India University (NLSIU), the 2016 study revealed that 14.86% students belonged to 'above ₹36 lakhs/annum' income group and 39.04% to '12-36 lakhs/annum' in 2015. In JMI it is 2.54% and 16.73% for the respective income groups.

JMI's financial background and its corresponding regional background further clarify levels of inclusion. The highest number of students are from Uttar Pradesh (44.7%), followed by Delhi (16.1%), Bihar (15.25%), and J&K (5.93%). Surprisingly, 76% students hail from 3 North-Indian states. Nevertheless, underneath the wanting regional diversity exists a visible inclusion. Nearly half of the students– 43.64%– belong to Tier-III cities, small towns and villages. At NLSIU students hailing from such non-urban backgrounds form a mere 18.24%.

The minority institution gives dismal figures on sexual minorities. Despite anonymized data collection, out of 472 students only 3 identified themselves as LGBTQI+. The under representation can possibly be attributed to an array of factors. But as a necessary mention: coming out as non-heterosexual indicates a thriving healthy liberal institutional culture. In colleges like NLS, there exist bodies like Queer Alliance, which surely contribute towards making institutions non-heteronormative and more inclusive safe spaces. Jamia students need to initiate and reinforce such liberal values to help Jamia Queer Collective develop.

17.58% students hail from families having more than three generations that attained higher education beyond school level, before them. In fact, educational qualifications of parents have a pattern too. Fathers of most students (86.53%) are more qualified (graduation to doctoral) as opposed to the mothers (68.83%), and more fluent in spoken English (50.19%) than the mothers (26.25%). And on caste basis, upper caste students clearly hail from families having stronger educational background than the backward caste students.

Students were also questioned on future plans and options. They were asked to mention what they intended to do right after graduation. Remarkably, the highest number of students opted for civil services (26.27%), which is attributable to Jamia's residential coaching known for its high strike rate. It was followed by litigation (16.52), academics (16.52%) and judiciary (16.31%). Among litigation aspirants, the number of male respondents (71.42%) outnumbered the females (28.57%). Another point is that only 11.22% students opted 'take a law firm job'. The primary reasons can be, one, lack of institutional support, two, the well-known discrimination faced by non-NLU students, particularly in law-firms.

We are currently analysing the collected data for detailed findings. Interviews and focus groups discussions are being conducted alongside to further contextualise the findings.

Jamia, as a non-NLU, does not occupy a lot of mindspace within the legal community. Yet, as the data shows, Jamia plays a major role in providing accessible legal education to populations that are far underrepresented in the top NLUs. Access to legal education is empowering. While NLUs may claim that they are the sole providers of quality legal education, institutions like Jamia clearly ensures that the same is within the reach of many who could never afford a Rs. 5000 entrance examination cost and a Rs. 10 lakh tuition fees.

The author initiated and conducted Jamia Diversity Census 2018-19. Husain is a BA.LLB(H) student from class of 2021 at Jamia Millia Islamia, New Delhi. He can be contacted at [email protected]

The author thanks Prof Mohsin Alam Bhat and Chirayu Jain for inputs.