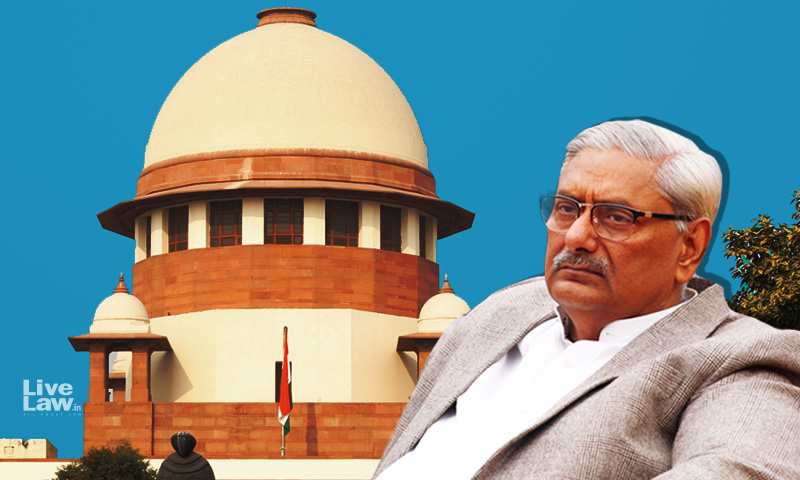 We have been reading the criticism against Justice Arun Mishra, a judge, recently retired from the Supreme Court for quite some time now particularly, with respect to the performance of his judicial functions as a judge. In his farewell speech he said that: "I have dealt with every case with my conscience and took every decision with conviction." He went on to urge the legal fraternity...

We have been reading the criticism against Justice Arun Mishra, a judge, recently retired from the Supreme Court for quite some time now particularly, with respect to the performance of his judicial functions as a judge. In his farewell speech he said that: "I have dealt with every case with my conscience and took every decision with conviction." He went on to urge the legal fraternity to analyse every judgement of his "but do not give them this colour or that colour." This statement reminds one of what Justice P.N. Bhagwati, former Chief Justice of India (CJI), had once said, "Political ideology is bound to colour judgments, there is no doubt about it…Decision-making requires a lot of skill..a lot of insight also..a lot of vision and therefore your political ideology is bound to colour your judgments, you can't avoid it". Then, how does one reconcile the two contradictory views about how judges think they judge.

Jurisprudentially speaking, a decision is made by applying the articulate major premise i.e., the law, to the articulate minor premise i.e., the facts of the case. And what we automatically arrive at is a judgement. Prima facie, decision-making seems like a very simple and logical process in which a judge who is objective, impartial and neutral, acts like a slot machine to apply law to the facts to pronounce a verdict. However, the question is: is the process of decision-making as simple, logical and apolitical as it sounds?

Justice Oliver Wendall Holmes, a celebrated Judge of the Supreme Court of the United States of America, knew very well that judges have avid political leanings that find reflection in their decisions. He stated in unequivocal terms: "General propositions do not decide concrete cases. The decision will depend on a judgement or intuition more subtle than any articulate major premise". This is also what Justice Bhagwati had sought to highlight i.e. the close connection between a judge's political beliefs and one's interpretation of the law. It is probably the same idea that Justice Mishra conveyed when he said that his judgements arose directly from his convictions and conscience. However, Justice Holmes went on to caution that a judge's decision must not in any way infringe the fundamental principles in a social order as have been understood by the traditions of its people and its law. As such, a judge while deciding a case should refrain from giving one's own meaning- derived from one's convictions or conscience howsoever deep- to the fundamental principles of thought and action upon which a social structure rest.

Professor Ronald Dworkin's idea of 'Law as Integrity' provides adequate guidance to judges on how to determine cases and pronounce principled decisions instead of purely political ones. Typically, legal decisions must follow from principles of justice, fairness and procedural due process that provide the best constructive interpretation of the community's legal practice. These fundamental conditions which a community has cultivated and cherished since eternity have been laid down in the nation's constitutive document like the Constitution of India, 1950 and cannot be left as the inarticulate major premise for the judge to determine. It must be clear that the fundamental principles upon which the existence of the society rests are not to be left to the political judgement or personal intuition or the visceral sensations of a judge.

In Lon L. Fuller's fictional case of the Speluncean Explorers, the judges were presented with a difficult fact situation wherein they had to decide whether the four explorers, who got trapped in a limestone cave for day's together and who in order to survive decided to kill and eat their fifth counterpart after playing a game of dice, should be held guilty of committing murder. Each judge decided the case in his own unique way reflecting one's own personal choice of legal ideology. What is noteworthy is Judge Tatting's description of an ideal decision maker. According to him a judge should disassociate the emotional and intellectual sides of one's reactions and decide the case on purely intellectual basis. Further, a judge should be extremely cautious of contradictory emotions and put them aside as much as possible namely, sympathy for the four defendants; feelings of abhorrence and disgust at the monstrous acts they had committed; the public opinion against the defendants; media reports calling the defendants 'cannibals' and such other extraneous factors. Contrarily, a judge should decide a case on the basis of a convincing and logical demonstration of the natural result demanded by the law and community's belief in the universal principles like 'human life is absolutely valuable, not to be sacrificed under any circumstance' and 'all human individuals are born free and equal'.

Theoretically, judges should determine cases based on relevant considerations namely the legislative expression; jurisdictional issues; procedure of courts; precedents and to an extent the demands of justice and fairness. The judge will rely on these factors in varying degrees depending on one's intellectual ability, independence and initiative. Practically however, generalisations constructed through a combination of personal beliefs, political ideology, familial customs, individual habits, common ideas, stereotypical conclusions drawn from the facts of the case and moral blameworthiness of the parties et cetera are consolidated and wielded into the mental processes of judges. And this Justice Holmes and Justice Bhagwati say is the nature of the decision-making process and cannot be avoided under any circumstance.

For example, in 1986 when a Georgia statute that criminalised 'homosexuality' was being challenged before the Supreme Court of United States in Bowers v. Hardwick 478 U.S. 186 (1986), one of the presiding judges, Justice Lewis F. Powell Jr. was left confused on how to cast his decisive vote in such a crucial case. Unfortunately, in the end, the majority of the judges upheld the Georgia law. Shortly, before the decision was pronounced, Justice Powell had confided in his fellow justices that he had never actually met a homosexual individual in life to which, the dissenting Justice Harry A. Blackmun responded, "look around your chambers". Ironically, one of his four law clerks that term was gay. Rather, a study had found that 'for six consecutive terms in the 1980s one or more of Justice Powell's assigned four clerks was gay.' Later, in 1990 Justice Powell expressed reservations about his vote in the Hardwick case: "I think I probably made a mistake in that one." This mistake rooted in his personal convictions resulted in homosexuality remaining a crime for nearly two decades until 2003.

In 2011, Justice P.N. Bhagwati sought to dissociate himself from the infamous judgment of ADM Jabalpur v. Shivkant Shukla 1976 (2) SCC 521, which upheld the suspension of fundamental rights, even the right to life during the national emergency of 1975. Repenting over his 'act of weakness' by succumbing to the prevailing political pressures, he confessed 30 years later, "I plead guilty. I don't know why I yielded… it was against my conscience...That judgment is not Justice Bhagwati's." On the other hand, Justice Khanna's lone dissent in ADM Jabalpur case, costed him Chief Justiceship of the Apex Court but his portrait still hangs in Courtroom No. 2 of the Supreme Court as a symbol of judicial integrity, independence and strength of character. Writer Khushwant Singh aptly described Justice Khanna as "so clean a man that he makes angels look dishevelled and dirty". 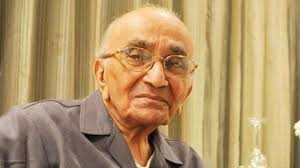 The political ideology of a judge matters to such a great extent that with Justice Ruth Bader Ginsburg's death, Americans have been left grappling with the dilemma whether President Donald Trump would make use of this opportune moment to replace her with a conservative, Republican judge. An astute Justice Ginsburg, acknowledging the close interconnectedness between politics and judicial decision-making, released a statement from her death bed saying, "My most fervent wish is that I will not be replaced until a new President is installed."

In January 1980, Justice Bhagwati wrote to Smt. Indira Gandhi: "May I offer you my heartiest congratulations on your resounding victory in the elections and your triumphant return as the Prime Minister of India...I am sure that with your iron will and firm determination, uncanny insight and dynamic vision, great administrative capacity and vast experience, overwhelming love and affection of the people and above all, a heart which is identified with the misery of the poor and the weak, you will be able to steer the ship of the nation safely to its cherished goal.' Reading through these lines, one is left thinking: whether Justice Bhagwati's admiration of the Prime Minister, personal likings and political leanings influenced his decision-making. He himself answered this question in the affirmative.

Recently, Justice Arun Mishra expressed his fondness and admiration for Prime Minister Narendra Modi at the International Judicial Conference, 2020 amidst judges from over twenty countries in the following words: "He is an internationally acclaimed visionary…dignified human existence is our prime concern and we thank a versatile genius, who thinks globally and acts locally". Justice Mishra did not stop at conveying his personal liking towards the Prime Minister but went on to praise the current ruling dispensation for scrapping close to 5000 archaic laws! It is highly likely that the judge's political ideology, personal likes and dislikes coloured the prism through which he viewed legal issues.

The close proximity between politicians and judges at a personal level is another reason that influences judges while they adjudicate on law and policy matters. Many are rewarded with plum positions immediately after they retire, as quid pro quo. Observing this trend, former Finance Minister of India, late Shri Arun Jaitley , rightly remarked, "Pre-retirement judgements are influenced by a desire for a post-retirement job…. this clamour for post-retirement jobs is adversely affecting impartiality of the judiciary."

However, the most strikingand mortifying example is that of former CJI Ranjan Gogoi who was recently nominated to the Rajya Sabha just within four months of his retirement.

In such a scenario, a question that every judge should ask one's own conscience is: whether while deciding a case, I replace constitutional principles with my own political convictions and viewpoint