How Law Protects Rights Of Widows? 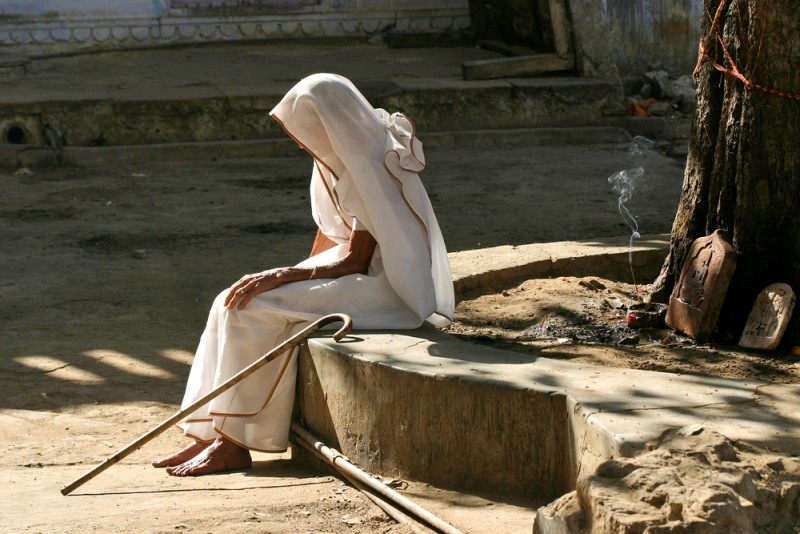 Widows have always got a raw deal in our culture. Though things have changed a lot from the times when widows were asked to burn themselves, the orthodoxy is still finding it tough to recognize their right to share in property.In a landmark judgment, the Supreme Court recently upheld thedecision of the lower court and ordered the brother-in-law to maintain his brother's widow....

Widows have always got a raw deal in our culture. Though things have changed a lot from the times when widows were asked to burn themselves, the orthodoxy is still finding it tough to recognize their right to share in property.

In a landmark judgment, the Supreme Court recently upheld thedecision of the lower court and ordered the brother-in-law to maintain his brother's widow. Two judges' bench of Justice Chandrachud and Justice Gupta held so in a case of a Hindu Undivided Family where the widow was not allowed to live in the house after her husband's death. For strengthening and securing the widow, court relied on section (S.) 2(q) of The Protection of Women from Domestic Violence Act 2005, which says that relief can be sought against relatives of the husband as well.

"An aggrieved wife or a female living in a relationship in the nature of marriage may also file a complaint against a relative of the husband or the male partner, as the case may be", Justice Chandrachud observed in the judgment.

Brother In Law Can Be Ordered To Pay Maintenance To Widow Under Domestic Violence Act, Says SC [Read Order]

There are various other statutes which ensure rights of widows. Under section (u/s) 8 of The Hindu Succession Act 1956 a widow is eligible to claim her share in the property of her deceased husband. The provision  preserves her pecuniary security and status even after the death of her husband.

Section 19 of The Hindu Adoptions and Maintenance Act 1956 speaks of the obligation of the father-in-law to maintain his son's widow, if she is unable to maintain herself out of her own earnings or other property or, where she has no property of her own, is unable to obtain maintenance from the estate of her husband or her parents or children.

S.21(iii) of HAMA defines "widow" as a "dependent" so long as she does not remarry. If a dependent has not obtained any share in the deceased person's property, then the legal heirs of deceased are bound u/s 22 to maintain the dependent. The liability is on every person who is sharing the property.

The Supreme Court's order in the above mentioned case connects S.19's reading with S.21(iii) to hold that relatives, other than father-in-law can also be ordered to maintain the widow.

Determining the amount of maintenance is one of the most important questions because inadequacy in itself is unjustified. The sum of amount is on the discretion of the court. Under Section 23 of HAMA, various grounds for determination are provided like, the background of dependents, relations with deceased, need and wants, present position, clauses in the will, valuation of the property, any debt, number of dependents etc. The gravity of this section's importance can be understood by its flexibility which helps the court in ascertaining the reasonable amount of maintenance.

Though, provision for maintenance of wife is also provided u/s 125 of The Code of Criminal Procedure 1973, there are many cases where widows are not given sufficient security. This fact has been noticed by several judgments. In 2015, the Law Commission of India provided its recommendations on this particular subject.

This was after Punjab and Haryana High Court identified a lacuna in the position of Hindu Women qua their property and maintenance rights under the existing law. It was a case pertaining to the claim for maintainance of a wife, whose husband was of unsound mind. She claimed 1/4th share in property from her father-in-law for maintainance of her unsound husband, herself and their minor children.

In that case (Avtar Singh v Jasbir Singh) it was observed :

"Before parting with judgment, it would be appropriate to mention that no provision has been brought to my notice by learned counsel for the parties that if husband is insane or of unsound mind, the daughter in law who is not having any source of maintenance can claim maintenance for herself. When she has to maintain her mentally ill husband, her condition is worse than being a widowed daughter in law. In such a situation, the wife should be deemed to be dependent upon the father in law and entitled to maintenance as provided under Section 19 of the Hindu Adoptions and Maintenance Act".

The Law Commission recommended insertion of 18(4) in the HAMA to protect wives whose husbands are unable to maintain them due to mental disorders.

Madras High Court once wrote in a case "It is difficult to see any distinction between the position of a widow who has been obliged to enforce her charge for maintenance and that of an abandoned wife who is obliged to do the same."

Need for strong and specific laws are the requirement for securing the rights of widows.

A bill called 'The Widows (Protection And Maintenance) Bill, 2015' was mooted to give protection to Abandoned widows and Destitute Widows. It contemplated the establishment of National Widow Welfare Board and Widow Welfare Fund. Unfortunately, the bill could not see the light of the day.

Lack of special laws in this regard is adding to the woes of widows.

(The author is a law student of ICFAI University, Dehradun. Views are personal)