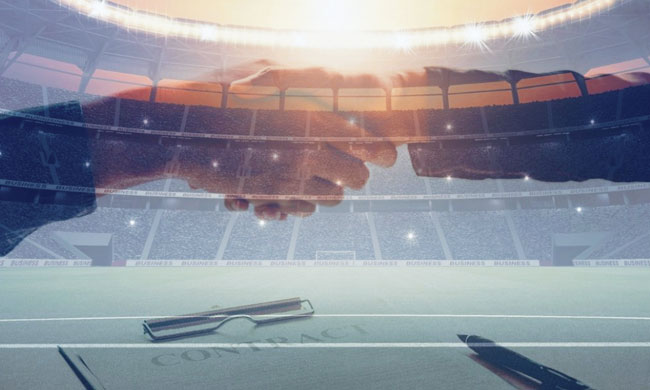 Contract is a transaction between the parties wherein they decide themselves the various terms or stipulations to be added or substracted from the contract. Thus similarly for the transaction qua goods among the parties which is governed by the Sale of Goods Act, 1930 (hereinafter referred as act) , they decide the various terms or stipulations to be agreed and acted upon. Such terms or stipulations may be essential or mere collateral i.e. not essential to be performed for the full and final performance of the contract. In legal terminology such terms or stipulations as per their nature can be termed as either "condition" or "warranty." Both these terms are defined under the act. 'Condition' is a stipulation essential to the main purpose of the contract and 'warranty' is a stipulation collateral to the main purpose of the contract. However the breach of both leads to different consequences. On breach of condition, the aggrieved party has an option to repudiate the contract and claim damages while on the other hand, on breach of the warranty the aggrieved party can only make a claim of compensation against such breach and has no right to repudiate the contract. But in certain circumstances giving due leverage to the party in fault, the aggrieved has an option to treat the breach of condition as breach of warranty and thus the subsequent events follow differently nonetheless in actual the breach of condition has took place.

The term "caveat emptor" is latin for "let the buyer beware." It is short for "caveat emptor quia ignorare non debuit quod us alienum emit" which means "let a purchaser beware for he ought not to be ignorant of the nature of the property which he is buying from another party." Thus the doctrine can be traced in the act wherein it has been laid down, that there is no implied condition or warranty as to the quality or fitness for any particular purpose of goods.[7] It simply provides that buyer is best judge of his own interest. The goods/product and the purpose for which it has to be bought is well known to the buyer and thus before buying the goods he is required to check its useability for his purpose and if subsequent to the sale of goods, the goods does not suit the purpose or found unfit to the buyer for his purpose then seller is not liable for the same and the buyer has no right or remedy vested in him against such fallacy.

ORIGIN OF DOCTRINE OF CAVEAT EMPTOR

The doctrine of "caveat emptor" is a part of law of contract. It was originated in the common law which imposes the liability on the buyer that if he has to buy the goods then he has to beware of the product he is buying and once he has thoroughly examined the goods and bought them, later he cannot take the refuge under the clause that goods does not suit his purpose. He was bound to take care of his own interest and the seller was under no obligation to check if the goods sold suits the purpose of the buyer or not.

The same doctrine of "caveat emptor" was imported into our piece of legislation, used to govern the sale of goods i.e. sale of goods act, 1930 and therefore it finds mention in the act and has been expressly laid down, there is no implied condition or warranty as to the quality or fitness for any particular purpose of goods supplied under a contract of sales. [8]The term 'particular purpose' means the purpose for which the buyer has bought the goods. The purpose can be categorized as general or particular; general means, commonly or generally the goods are used for, by all and sundry. While the particular purpose means the use which is to be made by any particular buyer only. Therefore nonetheless the purpose to which the goods are put to use the seller is not held responsible if the goods failed to fulfill the purpose and the buyer before he buys the goods himself has to check for the goods and its suitability for his purpose. Thus this is what imbibed under the doctrine of "caveat emptor quia ignorare non debuit quod jus alienum emit."

However the act has put some flexibility in the rigid rule/doctrine of caveat emptor by appending some exceptions to this general principle of "let buyer beware." Those exceptions are as follows :

These exceptions thus has been made the implied conditions in the contract for sale of goods, which vested the same rights in the buyer in case of its breach and further has negated the doctrine of caveat emptor to some extent and the duty is impose on the seller in case of selling the goods to the buyer and in such circumstances the seller has to be aware i.e. the concept of "caveat venditor" has been embraced to certain extent under the present legislation.

However the most notable feature is product manufacturer shall be liable in a product liability action even if he proves that he was not negligent or fraudulent in making the express warranty of a product[12].

Thus all the provisions of the act has brought the concept of "caveat venditor" i.e. 'seller be aware' and if the case falls under any of the above provisions then the seller should be held responsible for the same, though the doctrine of caveat emptor may have played its part at the time of contract of sale but still the new concept have emerged.

The concept of implied conditions and warranties and the doctrine of caveat emptor, they are to some extent in contrast with each other wherein if the buyer has been in good faith and remain vigilant of his duty of be aware has did the transaction but has not been able to save his interest qua the goods sold to him, then the law has vested certain right/remedy in him against such breach and thus the seller can be held responsible and has to face the consequences for the same. Although the doctrine finds its place in the Sale of Goods Act,1930 yet it has also provided with exceptions which negatives the concept of caveat emptor. Thus it shows, the law may have retained the concept of caveat emptor but from the perusal of various enactments it has been revealed that law leans in the favor of the buyer, embracing the new concept of seller be aware.

The provisions are expressed very nicely in the statute book qua both the doctrines, caveat emptor i.e. buyer be aware and caveat venditor i.e. seller be aware, by the legislature, weighing both of them on the golden scales, has took into consideration the various scenarios of the present era and further showed its keenness to save the interests of both the buyer and seller and maintained healthy relation and less prone to disturbance equilibrium between them. Thus any party in the transaction has to play its own part well in order to be on the safer side of law and till the time the law is changed, the letter of the law is supreme and should be followed in spirit.

Thus on the closing note, it can be said that with the enactment of various legislations and the consumer oriented approach of the business elites, the buyer is no more a 'small fry' but much favored and worshipped, as his satisfaction will ultimately satiates many.

THE DAWN OF "CUSTOMER'S SATISFACTION IS OUR MOTTO" HAS ARRIVED.