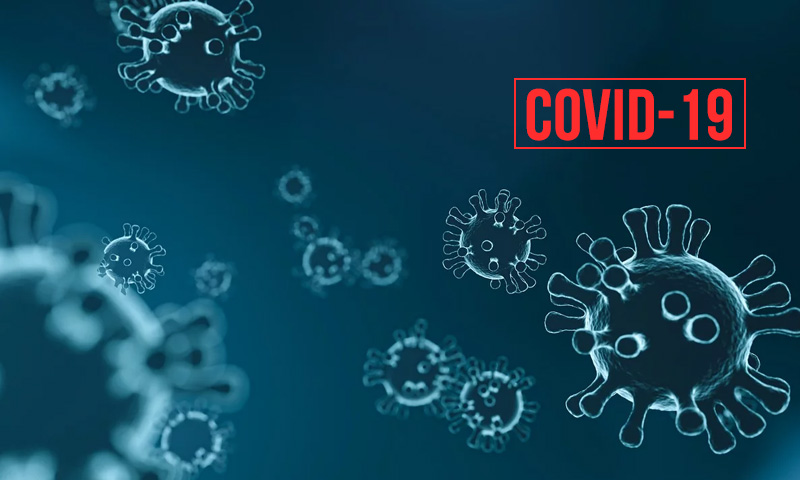 From a 21-day curfew on 4 hours' notice and creating one of the biggest migrations in India's modern history to State's police beating and public shaming people coming out on road, a question which arises in this case is about legality of the powers exercised by the Central and State Governments. When COVID-19 (Coronavirus) is at its best and the whole world is fighting to...

From a 21-day curfew on 4 hours' notice and creating one of the biggest migrations in India's modern history to State's police beating and public shaming people coming out on road, a question which arises in this case is about legality of the powers exercised by the Central and State Governments. When COVID-19 (Coronavirus) is at its best and the whole world is fighting to curb its devastative effect, The Epidemic Diseases Act, 1897 is 123-year-old colonial legislation is helping the Governments to curb Epidemic Diseases which gives special power to Central as well as State Governments. But, as said, old is gold. The Act may be old, but it is helping several states in handling the situation well. For example, State of Orissa pioneered among other states and passed 'The Odisha COVID-19 Regulations, 2020', where it passed several directions in order to curb COVID-19. However, this is not the only act which gives special powers to the Governments. Disaster Management Act, as well as the Essential Commodities Act, are helping governments to curb the impact of COVID-19. We shall look into these legislations along with some other curfew imposing laws.

In 1896, Bombay (now Mumbai) faced a plague that killed thousands of people. Same as Coronavirus, very little was known about the disease at that time. It was said to be transmitted through bacteria and it was unknown from where this disease came. To restrict the mass movement and gathering of people, 'The Epidemic Diseases Act' was enacted on Feb. 4, 1897, which conferred the British Indian government powers to restrict people from gathering in large numbers. Even the Preamble (which provides for why this act been enacted) of this statute states as "better prevention of the spread of dangerous epidemic disease".

On March 11, 2019, Karnataka was the first state which implemented this legislation whereby that time around 29 people were tested positive for COVID-19, followed by Haryana which declared COVID-19 as an epidemic under this Act on March 12. Later Maharashtra, Delhi, Goa, and other states followed the lead and started implementing The Epidemic Diseases Act, 1897. But what does this Act provide for? Well, Section 2(1) of this Act provides for special powers to the state if that State's Government thinks that ordinary powers of the states are insufficient for curbing the impact of the dangerous epidemic disease, then the State Government can take any such measures and provide for regulations which it deems necessary to prevent and determine in what manner and by whom expenses incurred shall be defrayed. Under Section 2(2) of the same act, the state government may also provide for regulation regarding the inspection of people entering within their state boundaries and if any person is suspected of the epidemic disease, the govt. may provide for temporary accommodation (in today's case quarantining someone) if that person is suspected by the inspecting officer of being infected by the disease. Central Govt. may also provide for measures and prescribe for inspection of ship or vessel leaving or arriving at Indian ports.

Now we know that from where this lockdown as well rules and regulations are coming, let's also look at the critiques. In 1897, Bal Gangadhar Tilak was imprisoned under this Act for his newspaper Kesari's coverage of the plague. In 2013, a team of medical scholars questioned the efficacy of the Act, especially regarding its silence on defining 'dangerous epidemic disease'. They argued that there should be some framework under which the disease should be defined. Further, Scholars also pointed out contemporary law like National Disaster Management Act as being more valid and powerful. Now let's look at the National Disaster Management Act to learn more about this critique.

Many countries around the world have disaster-related legislation to help them fight any form of catastrophes. India, a land surrounded by Hills and Ocean, is more prone to disasters. Some disasters can be domestic (like the tsunami of 2004) others can be a global epidemic like COVID-19. According to research, 40 million hectares of the landmass is prone to floods and 68% of the total areas are vulnerable to periodical droughts.[1]

In India, States are primarily responsible for handling disasters. Central Govt. supplements the efforts by extending logistics and financial support such as contributing to State Calamity Relief Funds (75 percent contribution and 25 percent by state governments) for immediate relief, restoration of essential infrastructure and public assets in the social sector. A National Calamity Contingency Fund has been constituted at the central level for providing additional resources. There are further different nodal ministries in charge of different types of disasters, for example, Agriculture ministry for natural disasters, atomic energy for nuclear disasters and so on.

The Disaster Management Act provides for detailed action plan right from the central govt. to the district and local level to draw, implement and execute a disaster management plan. As per the act, a disaster is defined under Section 2(d) as any form of grave occurrence which arises either from natural or manmade causes and leads to substantial loss of life and property including environment, where the local community is unable to cope with occurrence. Under Section 3 of the Act, A National Disaster Management Authority is required to be set up under the chairmanship of the Prime Minister and similarly, under Section 14, a State Disaster Management Authority chaired by the Chief Minister of that State and under Section 25, a District Disaster Management Authority chaired either by the Collector or District Magistrate or Deputy Commissioner of that district. The National Disaster Management Authority would be the nodal body and lay down all the plans and policies assisted by the secretaries of various ministries and department heads. Its powers and functions are given under Section 10 of the Act. A National Institute of Disaster Management is also required to be set up under Section 42 which will be engaged in research, training of personnel for disaster management. building awareness. Minimum relief is to be provided in terms of medicines, shelter, water, food. Granting of loans has acted. been taken into account. Section 51 to 60 of the Act provides for Offences and Punishments. Section 51 provides for Punishment for obstruction where it mentions that anyone obstructing Central or State Government or any person authorized by them to discharge functions mentioned under this act or refuses to comply with directions by such authority, shall be punished with imprisonment which may extend to 1 year or fine or both, and if such obstruction leads to a loss in life or imminent danger, punishment may extend to two years of imprisonment.

At the time of the epidemic, due to market demand-supply mechanism, it's obvious that products like masks and sanitizer's demand would rise and because of less supply, the price would trigger high. It's because of this situation the Ministry of Consumer Affairs has invoked its power under – of this act and has brought hand sanitizers and masks (2-ply, 3-ply variety, and N95) under the purview of this act until June 30. Let's look into the law behind such order.

To maintain the free flow of any essential commodity or to make it available at fair prices, the Government has the power to regulate upon that commodity. This act was enacted in the year 1955 and came into force on 01.04.1995 where the order to control the production, supply, and distribution of essential commodities can be made by Central Govt. which responsible under Sec. 3(1) of the Essential Commodities Act for achieving the objectives of this act.

Few essential commodities set out in the act include edible oils, drugs, petroleum, fertilizers, etc. However, it's not an exhaustive list and the central government has the power to notify and include/remove any commodity from the schedule (list) in the public interest. Govt. generally invokes this act to control the price rise of food products. Commodities declared as 'essential' are reviewed from time to time according to the economic situation, especially production and supply. Further Section 3(1) of the Act also provides for fixation of the quantity by the govt. which one can keep, sell or store without a license or fix the commission on the quantity of stock bought and sold and if anyone is found violating Section 3 orders, the Government has the power under Section 7 to imprison that person for minimum three months till seven years and along with fine. The Govt. also has the power to forfeit the property in respect of which the order has been contravened.

Now that we have seen three different legislatures that are helping Central as well as State govt. to fight the pandemic, let's also have a glimpse of laws related to Quarantine. Quarantine, as we all know, is a state of Isolation in which people who are either suspected or are found positive of any disease, are kept for a fixed time to curb further spread of the disease. According to Section 271 of the Indian Penal Code (IPC), breaking the Quarantine rule is a punishable offense under Section 271 where a person can be imprisoned for a maximum term of six months or fine or both. Further under Section 269 of the IPC, if anyone unlawfully/negligently does any act which is, and which that person knows or has reason to believe to be, likely spread the infection of disease which is dangerous to life, he shall be punished with imprisonment which may extend to 6 months or fine or both. Section 270 provides for punishment up to 2 years or fine where anyone malignantly does any act which he knows or reasonably believes that it can likely spread the infection of any disease dangerous to life. Also, Section 188 of the IPC provides for punishment for a person who disobeys any regulation or order passed by a public servant if he knows of the order he is disobeying and such disobedience produces or is likely to produce harm, then he can be punished with imprisonment up to six months or with fine or both. Additionally, States may issue orders under Section 144 of the Criminal Procedural Code, 1973 to restrict public gatherings and impose a curfew.

These are few laws which are helping govt. in fighting the Global pandemic. Strict Govt. and strict laws may help in limiting the scope of the disease but what matters the most is a common consensual consensus among the mass. If People of South Korea and Japan can come together and limit the scope of the disease, then even the Indians can. More than any law or regulations, it is the public support that can help this country out of this situation.