Gauging The Constitutionality Of S. 69 Of The IT Act Vis-À-Vis Test Of Proportionality Laid Down In KS Puttaswamy 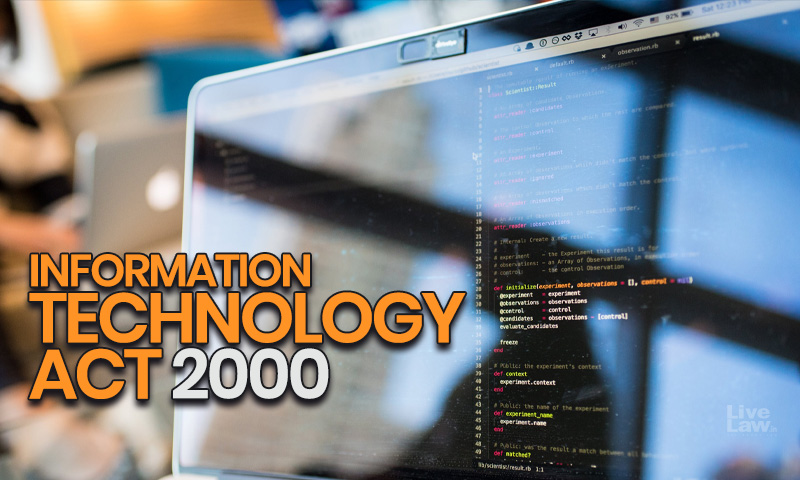 Section 69 of the Information Technology Act, 2000 (the "Act") affords the Central and State Governments the power to issue directions for the interception, monitoring, or decryption (hereon referred to as "surveillance"), of any information through any computer resource. However, is Section 69 of the Act constitutionally valid on the touchstone of the test of...

Section 69 of the Information Technology Act, 2000 (the "Act") affords the Central and State Governments the power to issue directions for the interception, monitoring, or decryption (hereon referred to as "surveillance"), of any information through any computer resource. However, is Section 69 of the Act constitutionally valid on the touchstone of the test of proportionality laid down in the landmark case of KS Puttaswamy v. Union of India?.

In KS Puttaswamy, the 9-judge constitutional bench explicitly crystallized the concept of a fundamental right to privacy under Art. 21 of the Indian Constitution. Similar to other fundamental rights under Part-III, the Court held that the said right is not absolute. Nevertheless, it was articulated that every State action interfering with the privacy of an individual, to be construed as being constitutionally valid, must satisfy the notable three-fold test. The third prong of this test obligates that State actions intruding into the privacy must satisfy the test of proportionality.

This leads us to the obvious question, that is, what does the test of proportionality necessitate?

The test of proportionality entails, inter alia, fulfillment of the principle of non-arbitrariness, narrow tailoring of law, and a regime of adequate safeguards.

Non-arbitrariness is a crucial facet of proportionality. Security of privacy is fundamental to a free, democratic society, and every individual has the right to protection against arbitrary State intrusion into his or her privacy.[1]

Narrow tailoring means that restrictions imposed by the State must be tailored and exercised in a manner that infringes the right in the narrowest possible method to achieve its goals. A fair balance must be struck between the individual's interests and State's interests.

Proportionality also prescribes for adequate safeguards to prevent arbitrary interference with the privacy of an individual.

Why Section 69 might be Violative of the Test of Proportionality

ix arguments can be expounded on the basis of which the section 69 can be invalidated as contravening the test of proportionality.

Moreover, the impugned section has further widened the Governments' sphere of surveillance by introducing additional, overbroad and undefined grounds, over and above the reasonable restrictions enumerated in Article 19(2), namely, defense of India and investigation of any offence, which includes within its ambit even minor offences.

Thus, there is an absence of narrow tailoring and fair balance between the State's and individuals' interests as surveillance is permitted to be carried out on extensive and excessive grounds.

According to Principle 6 of International Principles on the Application of Human Rights to Communication Surveillance, prepared by a coalition of Privacy experts, and launched at UNHCR in 2013, determination related to communication surveillance must be made by a competent judicial authority which is independent, separate and impartial from authority conducting such surveillance.[4]

The presence of judicial oversight is also in consonance with the principle of proportionality which, inter alia, demands the existence of a system of adequate safeguards, as observed in K.S. Puttaswamy

As Bhagwati J. once observed, the law always frowns on uncanalised and unfettered discretion conferred on any instrumentality of the State.[6] Absolute and unquestioned discretion conferred upon the executive is ex-facie and manifestly arbitrary and the lack of independent, impartial, reviewing authority renders the Indian surveillance framework potentially unconstitutional post the judgement in Puttaswamy.

The impugned section is arbitrary as individuals have no knowledge about being placed under surveillance, thus, depriving them of the occasion to seek effective remedy for the potential violation of their right to privacy under Art. 32 or 226 of the Constitution. It stunts the applicability of writ jurisdiction of the Courts, which in turn undermines the concept of access to justice, which is central to the ethos of the Indian Constitution.

Jeremy Bentham's Panopticon, as a work of architecture, allows a workman to observe occupants without them knowing whether or not they are being watched. The design of the Panopticon is such that there is a central tower surrounded by cells. The watchman resides in the central tower, whereas, the prisoners, workers, etc., depending upon the use of the building, occupy the cells. The central tower emits a bright light enabling the watchman to observe everyone, however, the occupants in the cell are unable to see the watchman. Thus, the occupant operates and behaves under the apprehension that he is always under surveillance.

An occupant of a Panopticon is at the receiving end of an asymmetrical surveillance system.

"He is seen, but he does not see; He is an object of information, never a subject of communication"

The impugned section empowers the Government to create a Panopticon-like digital surveillance architecture wherein by virtue of the subject's knowledge that he or she may be being watched, the subject alters his behaviour, consequently resulting in the stultification of expression so as to avoid unwarranted attention and surveillance.[9]

As observed by Subha Rao J. in his noteworthy dissent in Kharak Singh v. State of UP, Art. 19 does not only recognize physical restraints but also psychological inhibitions.[10] In the present system, owing to the ill-considered engineering of Sec. 69, the shroud of possible invisible surveillance cast upon an individual engenders inhibitions in him, preventing him from acting as freely as he would like.

The psychological fear and apprehension that the government may carry out surveillance, is sufficient to alter individuals' behaviour. The very existence of a covert surveillance system chills the exercise of the freedom under Art. 19 as it creates such a regime wherein people to avoid Government's extensive surveillance, will restrain themselves from reading, discussing, exchanging, expressing their opinions on certain unorthodox, controversial matters despite the fact that they enjoy a fundamental freedom to that extent. This results in prior, arbitrary restraint of the fundamental right to freedom of speech and expression.

In the present case, the Information Technology (Procedure and Safeguards for Interception, Monitoring and Decryption of Information) Rules, 2009, are responsible for prescribing procedures and safeguards and for regulating the power of the competent authority.[11] The 2009 Rules are based upon the Supreme Court directions laid down in the two-decade old case of People's Union for Civil Liberties v. Union of India,[12] to prevent procedural arbitrariness in the issuance of telephone tapping orders.

However, the technological landscape has undergone a huge leap in advancement and significant change in the past twenty years, resulting in an enormous expansion in the surveillance capacity of the State, and a similar increase in individuals' vulnerability vis-à-vis privacy. The law, especially concerning information technology and surveillance, must reflect the realities of today. These PUCL guidelines, formulated in the backdrop of a comparatively primitive technological society, are outdated, and therefore, do not provide sufficient and adequate safeguards to protect the privacy of individuals.

In light of the proportionality standards and arguments elucidated above, it is gathered that Sec. 69 and its provisions suffer from the vice of arbitrariness, absence of narrow-tailoring of law, and lack of adequate and suitable safeguards. Thus, Sec. 69 of the IT Act is antithetical to the right to privacy as it fails the litmus test of proportionality, and, therefore, should be deemed unconstitutional.

[4] International Principle on the Application of Human Rights to Communication Surveillance, Principle 6.