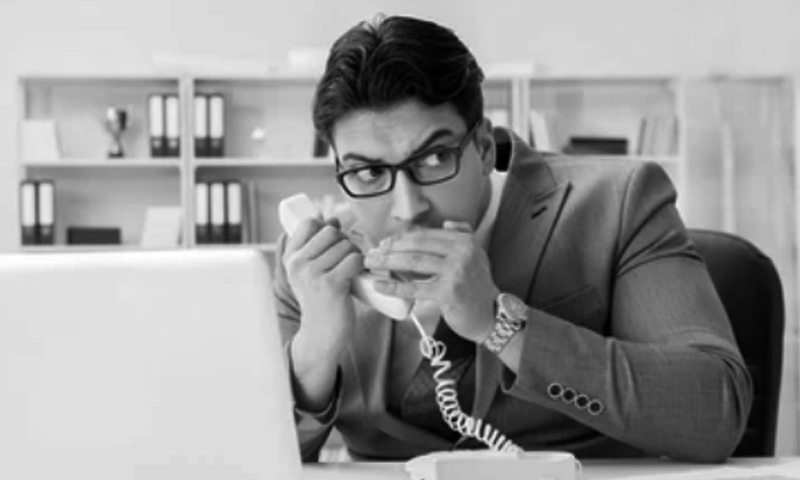 Insider Trading is generally termed as trading by an insider or connected person(s) based on such information as obtained by them during the performance of the insider's duties. Insider Trading provides unfair advantage to persons privy to unpublished price sensitive information over the common public at large who may become aware of such price sensitive information much later when the information comes in public domain. Where a person conducts a trade manipulatively, or misuses inside information in breach of his or her fiduciary duty, the counterparty to such trades loses faith in the securities market. Inequalities based on misuse of inside information by an insider of a company should not be shrugged off as inevitable in a healthy regulatory environment.

In this article, the authors examine the recent decisions of the Securities Appellate Tribunal ("SAT") and the Supreme Court of India on matters pertaining to the Securities and Exchange Board of India (Prohibition of Insider Trading) Regulations, 2015 ('PIT Regulations') passed in the month of April 2022. In substance, the Appellate Courts have raised the standard of proof for the regulator to hold the entities guilty of Insider Trading.

Brief Facts- SEBI conducted an investigation into suspected insider trading activities in the scrip of Tara Jewels Ltd (a Company whose shares are listed on BSE and NSE) for the period from October 01, 2017, to December 31, 2017, to ascertain whether the entities had traded in the shares of Tara Jewels Ltd ("TJL") while in possession of unpublished price sensitive information ("UPSI") in contravention of the provisions of the SEBI Act, 1992 ("SEBI Act") read with the PIT Regulations. Investigation revealed that the promoters holding in TJL which was 60.03% of the total paid-up capital of TJL as of the quarter ended September 30, 2017, came down to 39.22% as of the quarter ended December 31, 2017. Out of the total of 147.79 lakh shares held by the promoters (the Appellants in the present case), who are all related and are reasonably expected to have access to the UPSI, sold 51.24 lakh shares to avoid any future losses. On May 24, 2021, the Whole Time Member, SEBI ("WTM") passed the final order whereby the promoters were found to have indulged in insider trading in the shares of TJL on the basis of which the promoters were debarred from accessing the securities market and were further directed to deposit an amount of Rs. 1,38,31,472.60/- towards alleged loss avoided by them along with interest at the rate of 12% p. a. from November 30, 2017, for the insider trading as well as to pay the penalty amount aggregating to Rs. 52 lacs. SAT quashed the direction of WTM against the Appellants. The following section will deal with the main highlights of the SAT Order.

a)Proviso To Regulation 4 Is Inclusive And Not Exhaustive

Regulation 4 (1) of PIT Regulation states that no insider shall trade in securities when in possession of UPSI and if a person trades in securities while in possession of UPSI his trades would be presumed to have been motivated by the knowledge and awareness of the price-sensitive information which was in his possession. However, the proviso to this regulation allows for a person to prove his innocence by demonstrating certain circumstances including the circumstances mentioned in the proviso. In the present case, the circumstance demonstrated by the Appellants was that the sale proceeds of the alleged insider trading were infused into the company for its working capital.

b)Necessity To Sell- Not A PIT Violation

As discussed above, the explanation given by the Appellants for selling their shareholding from October 2017 to December 2017 was to infuse funds into the company which was facing financial difficulties and outstanding loans. The SEBI Whole Time Member in its order held that nothing was brought on record to show exceptional need to sell the promoters' holdings during the period when the net loss spiked from Rs.6.62 crores to Rs. 166.80 crores which is a substantial jump. In response the Appellants relied on minutes of meetings of the consortium of lenders which took note of the continuing poor financial results of the Company and NCLT order initiating CIRP against the Company. The Appellants demonstrated their dire need to infuse funds in the company to avoid the company from being downgraded to a nonperforming asset. While arriving at the findings, despite holding that such a substantial variation in financial results would constitute UPSI, SAT rejected SEBI's contention and held that the change in price of the shares of TJL was not substantial and hence there was no grave loss averted by the Appellant. SAT further went on to hold that the sale of shares fell within permissible circumstance. SAT held that SEBI's Order was patently erroneous since the Appellants after selling the shares, had infused the entire sale proceeds in the company to bring the required capital. The SAT relied substantially on its previous ruling in the case of Abhijit Rajan vs. SEBI, Rajiv B Gandhi & Ors. vs. SEBI[2], Gujarat NRE Mineral Resources Ltd. vs. SEBI,[3] and Mrs. Chandrakala vs. SEBI[4], in support of the principle that if the Appellants were able to rebut the presumption that they had traded on the basis of UPSI because of a necessity to sell the shares then they would not be guilty of the charge of insider trading.

The WTM SEBI passed an impounding order for alleged violation of insider trading and imposed penalties on the parties and the SAT affirmed the said order. The alleged insiders accordingly filed an appeal before the Supreme Court against the order passed by SAT. Supreme Court set aside the orders of WTM and SAT. The following section will deal with the main highlights of the Supreme Court Order.

Supreme Court held that the sale of shares undertaken by Sachin Gupta, Shivani Gupta, and Amit Garg and the timing of their sales were not motivated by UPSI. Considering the facts and circumstances of the case it was held that the sales by the parties were completely a personal and commercial decision. Had the sales been motivated by procession of UPSI, the appellants would have liquidated their entire holdings. In the present case, one of the appellants sold fewer shares during the UPSI period compared to their trades during the pre-UPSI period. Supreme Court after analysing the trading pattern of the appellants came to the finding that there is no correlation between UPSI and the sale of shares undertaken by the appellants. Considering the trading pattern and timing of trading, Supreme Court also held that the appellants in C.A. No. 7590 of 2021viz. Shivani Gupta, Sachin Gupta and Amit Garg were not "immediate relatives" and were completely financially independent of the Appellant Balram Garg and hence are not "insiders" in terms of regulation 2(1)(g)(ii) of the PIT Regulations.

On 04.05.2016, the Board of IDSL, resolved to sell their 100% investment in ILPL. For the said sale, the approval of the Board and shareholders of IVL was necessary. On 15.07.2016 and 20.07.2016 the approval was given by the Board and shareholders respectively. Thereafter, on 28.09.2016, Pia Johnson (Appellant No. 1) became a member of the managing committee constituted by IVL to authorise IDSL to sell its stake in ILPL. Notably no meeting of this managing committee was ever held. Subsequently, on 24.01.2017, during the meeting held between Mr. Divyesh Shah the CEO of IVL and the Director of ILPL (Seller) with Mr. Gurubans Singh who was the CEO of IREL and Director of IIL (Buyer), a request was made by Mr. Divyeash Shah for a loan for ILPL from IIL. Since the approval of the shareholders was necessary for the grant of loan, on March 1, 2017, the EGM of shareholders of IIL was held wherein it was resolved that surplus funds of IIL would be given as a loan and further resolved to give complete authority to the Board of Directors to purchase a Company which shall not be more than Rs, 600 Cr. In continuation to the meeting held on 24.01.2017, a meeting was held again between Mr. Divyesh Shah and Mr. Gurubans Singh wherein it was discussed that instead of a loan, IIL will purchase shareholding of ILPL. Thereafter, on 14.03.2017 IDSL, ILPL and IIL executed an agreement for the sale of ILPL to IIL for Rs. 685 Crores and this was intimated to Stock Exchanges. SEBI based on its investigation conducted in the scrip of IVL came to the finding that the information regarding the sale of ILPL was a UPSI and Pia Johnson and her husband (Appellant No.2) were aware of the UPSI traded during the UPSI period (24.01.2017 to 14.03.2017) in contravention to Regulation 4 (1) of PIT Regulations.

The WTM SEBI passed an order restraining the Appellants from accessing the securities market for a period of one year and further restrained from buying, selling, or dealing in the securities of IVL for a period of three years, and further directed them to disgorge an amount of Rs. 87,21,918.55/-. Based on the same allegation the Adjudicating Officer (AO) also passed an order imposing a penalty of Rs. 25 lakh each on the Appellants. SAT set aside the orders of WTM and AO. The following section will deal with the main highlights of the SAT Order.

a. Decision To Sell ILPL Not A PSI & UPSI

The prospect of the sale of ILPL for a price not less than the acquisition cost of Rs.600 Cr was already in the public domain since the day when the board of IVL approved the sale of ILPL i.e. July 15, 2016, and the said information cannot in itself be considered "unpublished" price-sensitive information. This resolution was only raw information and there was no crystallised offer through an identified purchaser or ascertained consideration amount for purpose of crystallizing the UPSI. IVL being a listed Company had already intimated the proposal for the sale of ILPL to the Stock Exchange post the meeting held on July 15, 2016. The meeting held on January 25, 2017, was only in respect of the loan to be taken by ILPL from IIL. There was no certainty till March 01, 2017 as to whether IIL would make an offer to purchase the shareholding of ILPL. Therefore, UPSI regarding the purchase of ILPL came into existence on 01.03.2017, when a resolution was passed by the shareholders of IIL in their EGM.

Based on SEBI's own finding that the resolution of July 15, 2016 was raw information and there was no UPSI from July 15, 2017 to March 01, 2017, SAT held that the purchase made by the Appellants during the said period cannot be made on the basis of UPSI, thus not violative of Regulation 4 (1) of PIT Regulations. Further, SAT held that the Appellant No 1 was a member of the managing committee can create a suspicion that the Appellants could be in possession of UPSI but by demonstrating the factor such as (a) no meeting of the managing committee was ever held to discuss the sale of ILPL; (b) Appellants were not aware of the meeting held on March 01, 2017; (c) Appellants had no connection with IREL and IIL; the Appellants proved that they had no UPSI.

The recent pronouncements have definitely raised the bar for the regulator to bring home the charge of insider trading. The prosecution has to bring forth concrete and cogent material to prove existence, transmission and beneficial utilization of UPSI. In absence of concrete and cogent material, it will now be difficult for regulatory bodies to establish charges under PIT regulations on probabilities.

The writers are advocates practicing before the Bombay High Court and Securities Appellate Tribunal, Views are personal.