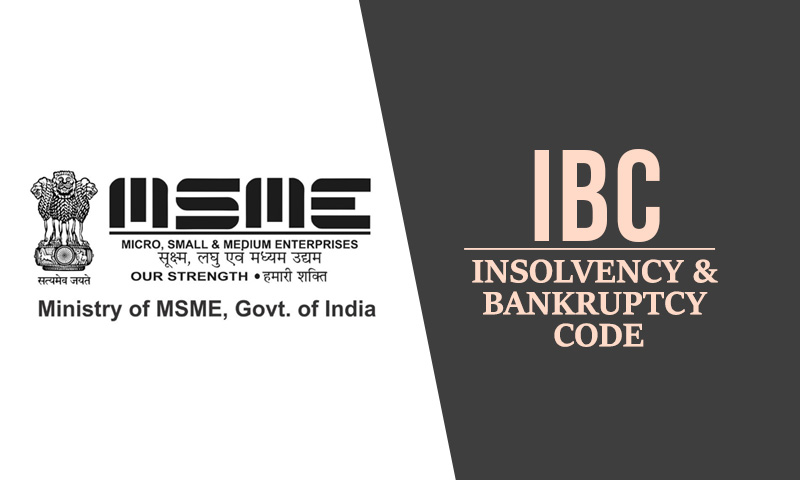 Prior to the amendment inserting Chapter III-A to the Insolvency and Bankruptcy Code, 2016 ('Code'), the corporate insolvency resolution process ('CIRP') for Micro, Small and Medium Enterprises ('MSME') was covered by Chapters II and III of the Code with no regard for the peculiarities in operations and compliances of corporate entities classified as micro, small, medium...

Prior to the amendment inserting Chapter III-A to the Insolvency and Bankruptcy Code, 2016 ('Code'), the corporate insolvency resolution process ('CIRP') for Micro, Small and Medium Enterprises ('MSME') was covered by Chapters II and III of the Code with no regard for the peculiarities in operations and compliances of corporate entities classified as micro, small, medium or otherwise. Prompted perhaps by the global pandemic and the ensuing stresses on corporate balance sheets the nodal ministry in the Government of India decided to enact the 'Pre-packaged Insolvency Resolution Process' ('PIRP') by way of an ordinance in April 2021. Surely wide ranging amendments and perhaps improvements have been introduced in so far as the MSME and resolution of their insolvency is concerned, yet the PIRP in harking back to the clutches of Sections 43, 45, 50 and 66 of the Code has failed to address crucial hurdles faced by the beneficiaries outlined therein.

Even prior to the PIRP enactment, the legislative intent for MSMEs under the Code was very clearly outlined by way of relaxations vide Section 240A in so far as Clauses (c) and (h) of Section 29A were concerned in that the Code permitted erstwhile MSME directors/promoters to perform a dual role in the CIRP/PIRP, i.e. that of a 'resolution applicant' as at the same time being 'ex-management/suspended directors' of the debtor concern. Consonantly, a contradictory dilemma informs the Code with the Resolution Applicant seeking to push a duly approved and viable resolution plan while also being subjected to the scrutinising processes and rigour of avoidance applications vide Sections 43, 45, 50 & 66 of the Code.

It is no one's case that MSME corporate debtors ought not be subjected to the scrutiny of avoidance applications by the Resolution Process, however in practicality what is transpiring is that resolution of such debtor concerns is being held up much beyond the mandated period of 330 days solely because the outcome of applications vide Sections 43, 45, 50 & 66 would have a direct bearing on the viability and functionality of the Resolution Plan forwarded by the ex-directors/promoters.

Though Delhi High Court's judgment in M/s Venus Recruiters Pvt Ltd vs. Union of India & Ors [Writ Petition (Civil) No. 8705 of 2019] concerning the timelines vide Regulation 35A of CIRP Regulations, 2016 furthered the intent of the Code, yet non-uniform application thereof by the different benches of the National Company Law Tribunal (hereinafter 'NCLT') has only further fogged up the issue at hand.

Prior to the judgment in Venus Recruiters benches of the NCLT across the country prioritised resolution plans presented before them for approval vide Section 30(6) of the Code. In all honesty though the Delhi High Court intended to tidy up the uncalled for delays in CIRP conclusion, it practically played into the hands of those intending to throw a spanner in the works. In fact the vicious circle was complete when Resolution Professionals began realising that non-filing of avoidance applications could and does in many situations lead to allegations of professional misconduct and thus such applications were being filed even during the absolute last stages of the CIRP thereby denting the possibilities of achieving a timely successful resolution vis-à-vis the Corporate Debtor.

In consonance therefore, with the Delhi High Court having clarified the functus-officio nature of the Resolution Professional post plan approval, NCLT benches across the spectrum began entertaining the avoidance applications at the expense of any pending approval of the Resolution Plan. At the expense of repetition, it must be stressed that the CIRP/PIRP timelines with regard to the role of the Resolution Professional in opinion formation, determining avoidance transactions and thereafter filing of applications under Sections 43, 45, 50 and 66 of the Code, is crucial in so far as driving the debtor concern towards resolution as opposed to liquidation is concerned. Ultimately resolution of the stressed corporate being the preferred option over liquidation, certainty and timelines must not be allowed to venture astray.

Despite the Supreme Court's repeated exhortations what seems to have gotten lost in translation is that with every passing day the value of the Corporate Debtor in terms of both assets and revenue generation deteriorates exponentially. Now consider the same for MSMEs what with their limited capital base and tight margins and the issues highlighted above become all the more pronounced and troublesome.

It is here that two wholly divergent and conflicting viewpoints emerge for the consideration of the reader vide pronouncements on avoidance applications filed before the NCLT Kolkata Bench in Suraj Fabrics Industries Ltd & Anr vs. Bipin Kumar Vohra & Ors [IA(IB) No. 750/KB/2020 in CP(IB) No. 1635/KB/2018] as also the one filed before NCLT, New Delhi in M/s A.C. Goel Distributing Company Pvt Ltd vs. M/s Webtech India Pvt Ltd [IA(IB) No 102/ND/2021 in CP(IB) No. 984/ND/2019].

Instructively, in both cases the application for approval of the Resolution Plan vide Section 30(6) of the Code came to be filed prior in time to the filing of the avoidance applications. Furthermore, in both cases the subsequent avoidance application was filed in the interregnum between filing of the Resolution Plan and its eventual approval by the respective adjudicating authorities. Yet, the NCLT Kolkata Bench taking a more prudent view of the matter did not stall the approval process and went ahead with affording a final approval to the plan within an approximate time period of 30 days thereafter.

Antithetically, the NCLT, New Delhi Bench failed to take up the Resolution Plan for final approval and the same was re-notified and adjourned on a repeated basis. On the other hand the pending avoidance applications as were already grossly beyond the ambit and timelines vide Regulation 35A were taken up with the plan getting pushed further on in time to the effect that in all probability the financial proposal of the submitted Resolution Plan will be adversely affected and the same will fall through.

Clearly therefore, the law on point is res integra and until the Supreme Court pronounces on the same (hopefully soon in Piramal's appeal filed against NCLAT's order in the DHFL saga), the mantle must be taken up by the IBBI as also the nodal ministry to settle the issue especially such that going forward the inordinate delays of CIRP don't get attracted to the PIRP process.

The issue at hand is larger than individual insolvencies and their culmination into resolution or liquidation. Rather what must be realised is that many a commercial laws have fallen by the wayside simply for the fact that judicial delays were routinely accepted as part and parcel of the process. In fact in the above two examples the fate of the parties involved be they debtors, creditors, workmen, government authorities etc would be considerably enhanced with the approach adopted by the NCLT Kolkata Bench. However, change shall only come to those when lessons from past mistakes are not thrown asunder and ill-advisedly that is precisely what seems to be happening currently. What therefore defies logic is that despite recognition of the peculiarities and family-run nature of such MSMEs there has been laxity in legislative as well as judicial uptake in that direction.