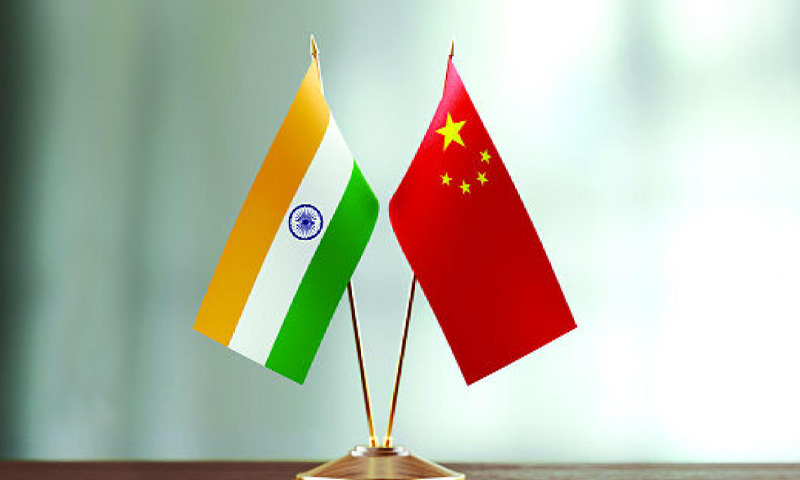 "Lawfare" has been emerging as an argument among international law scholars in India; whether it is to enhance the study and usage of international law or to call out China's blatant violations of international law at the Indian borders. Lawfare means "the strategy of using – or misusing – law as a substitute for traditional military means to achieve an operational objective."...

"Lawfare" has been emerging as an argument among international law scholars in India; whether it is to enhance the study and usage of international law or to call out China's blatant violations of international law at the Indian borders. Lawfare means "the strategy of using – or misusing – law as a substitute for traditional military means to achieve an operational objective." It is  a compound of the words law and warfare, which posited that it substitutes war, and harm is made with words, not swords. The relevance of lawfare can be classified into two elements: (i) using law to obtain effects similar to those obtained via conventional military action; and (ii) the action must be motivated by a desire to weaken or destroy the opponent.

The ongoing Russia-Ukraine War - 2022, is the testimony of how countries have refrained/abstained from extending their support/voicing their opinion to either of the countries at War. India is no exception to this legal dilemma too. This War is a blatant breach of the prohibition of the use of force fought ever since the Second World War. In this War, certain aspects of international law become relevant for debate such as the role of the International Criminal Court (ICC); what is the potential role of the United Nations (UN) General Assembly in resolving and addressing the issues of legality of this War; and how far Ukraine's recent International Court of Justice's (ICJ) claim against Russia requesting the ICJ to indicate provisional measures to prevent irreparable prejudice to the rights of Ukraine and its people and to avoid aggravating or extending the dispute between the parties under the Genocide Convention of 1948.

This article briefly discusses the background for India's position in Russian - Ukraine War and simultaneously how India should use lawfare as a strategy in its diplomatic approach while engaging with China. We attempt to highlight the necessity of invoking international law as the focal point our diplomatic stances. To achieve this goal, effective use of international law scholarship in Indian academia would be pertinent.

India's foreign policy is influenced by non-aligned movement (NAM) which originated during the Cold War era as an organization of States which did not want to formally align with either of the power blocs, the United States (US) or the Soviet bloc. Similar challenges have resurfaced with the ongoing Russia-Ukraine War. It is more related to the clash of ideologies and reiteration of supremacy over the territorial integrity of a State. The irony is that if there is a clash of ideologies, one State has to answer questions like which side are you on "with us or with them"? Indian position was clear because it condemned the war and adhered to NAM principle which again reiterates India's foreign policy foundations formulated in yesteryears.

Ukraine crisis has witnessed a strategically measured response from India, fully recognizing the existing geopolitical realities. India abstained from voting at the UN Security Council on the Russia-Ukraine Crisis but made strong disagreement regarding the use of aggression by Russia. At the same time, Indian position at the UN could be assessed as more of a reiteration of India's foreign policy towards asserting the need for dialogue and peaceful means of settlement of international disputes. Historically, India's standpoint against the use of aggression is evident as a country that has actively taken part in UN peacekeeping missions and has never initiated use of force or aggression against any country. On the contrary, India has resorted to use of force in the proportionate form to defend its territorial integrity from external aggression. In the Russia-Ukraine case, India can also reaffirm the need to end the use of force by engaging proactively with Russia through diplomatic measures. Considering India's foreign policy of allegiance to peaceful coexistence and mutual respect premised on Article 51 of the Constitution of India, 1950; and the use of dialogue, India-based international law scholars and diplomats need to assert the significance of an amicable dialogue-based solution for the stand-off between Ukraine and Russia. Moreover, Indian international law scholars should further their arguments on the 'Responsibility to Protect' concept to highlight the need for proactive action to channel economic and non-economic sanctions to convince Russia to refrain from any form of aggression within the continent.

The usage of international law language in Indian diplomacy becomes imperative foreseeing the border clash and economic pressure by China. India's mutual respect for territorial integrity and political independence and complete adherence to Panchsheel Agreement signed in 1954 with China, is a manifestation of its allegiance to principles of peaceful coexistence.

China's disregard for international law is a major concern for India's foreign policy. India needs to take a concrete stance against China's position of unilateral violations of established international law principles and bilateral agreements signed between both the countries. The disregard for territorial borders by China has become a persistent foreign policy issue for India. Contextually, it is significant to take note of the recent territorial violation of India's border in the Galwan valley by China . Hence, this needs to be tackled through lawfare. The geopolitical risk of not addressing the international law issues raised by China's controversial claim's in the South China sea context also requires attention.

India is yet to adopt any proactive stance of using international law to address these violations. From a geopolitical perspective, China's unilateralism affects India more than the US's act of unilateral dissonance for international law. Calling out on China's false assertion of historical rights concepts both in the case of Galwan valley; and China's assertion in the South China Sea, is significant. The use of international law by the scholars to adduce justifications based on historical rights has to be countered in equal measure by India. Countering these claims requires a major shift in the approach by India in assessing the backsliding of international law principles by China in practice as a continuing feature of Chinese foreign policy. This could be countered only by the use of lawfare mechanism as a tool. Many scholars have opined that India's foreign policy needs to proactively increase the presence of international law scholars in various offices, including the Ministries. However, authors consider under-utilisation of the existing scholarship in India (both within the government offices and in academia) should be meted out with conscious effort to engage their expertise and forming conglomeration of international law scholars in India. Moreover, clear steps to bolster academic institutions with dissemination of international law across the country including the Indian Society of International Law, remain the need of the hour.

For many scholars, discussions still surround whether international law is a vanishing point of jurisprudence. However, it is necessary to understand the various remedies available to the victim State/any State under Chapter VI and VII of the Charter of the United Nations, 1945. Towards meeting the objective of remaining a peace-loving State, Indian academia and diplomats must engage in upholding the relevance of international law language to invoke international law violations against Herself and in other parts of the world. Hence, the authors firmly believe that usinginternational law international law language constantly will enable Indian diplomatic policies to be more rule-oriented and beneficial for the country in the future.

The authors are Assistant Professors at the Indian Institute of Management Kozhikode (IIMK), Kerala. The opinion expressed is purely personal.