Who Reads A Judgment? 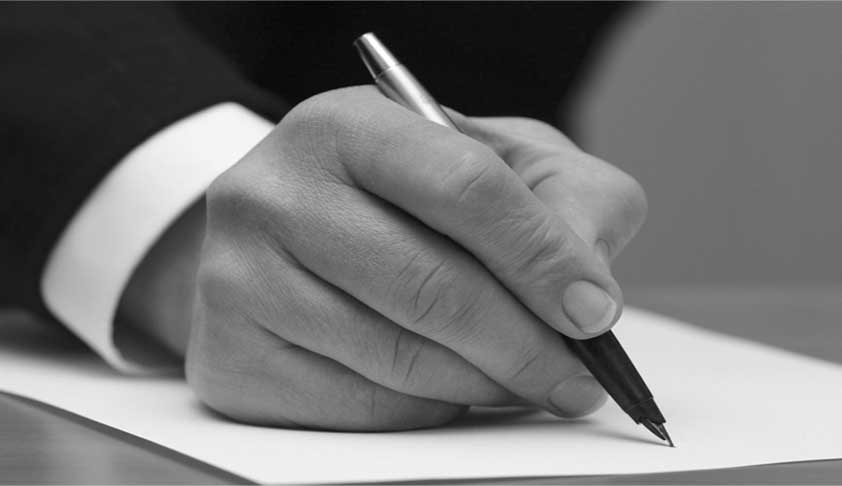 "CR" in legal circles does not refer to Christiano Ronaldo, the mercurial Portuguese striker. Rather, it is a contraction for 'Certified for Reporting" and refers to judgments deemed worthy of publication in the law reports by the judge himself. To the judge concerned it is the raison d'etre of his whole being, a manifestation of his selfless desire to edify the masses-both laymen...

"CR" in legal circles does not refer to Christiano Ronaldo, the mercurial Portuguese striker. Rather, it is a contraction for 'Certified for Reporting" and refers to judgments deemed worthy of publication in the law reports by the judge himself. To the judge concerned it is the raison d'etre of his whole being, a manifestation of his selfless desire to edify the masses-both laymen and lawmen; even though the inveterate cynic would snidely remark that it is merely a cheap ticket to imagined immortality among the pages of the timeless law reports. To the hapless law reporter, cowed down by the weight of numerous such outpourings of judicial munificence, it is another futile search for the legal Holy Grail, the ratio decidendi of the decision. As for the appellate bench it is a godsend occasion to re-edify the judge.

Who reads a judgment? Apart from the judge-author and the miserable law reporter, no one does. As for the appellate bench a carefully inserted 'Perused the judgment' will suffice to dispel any notions to the contrary. In the case of the lawyers their eyes do not skim beyond the penultimate and last paragraphs of the judgment. A 'disposed' in place of 'dismissed' often determining whether confidence or diffidence shall mark their conference with the client that evening. As far as his brother judges are concerned it is often a case of inverse reciprocity-You don't read my judgment; therefore don't expect me to read yours.

Considering the fact that judgments certified for reporting are next only to the publications in the Official Gazette in the matter of readership it is indeed paradoxical that the learned judges expend so much time and effort in crafting such exquisite specimens destined for judicial obscurity. A phenomenon of recent origin is where the learned judges confine themselves to their chambers during working hours sculpting their masterpieces from fickle memory. That the arguments in the lis were concluded and judgment reserved months before ensures that the judgment is more a product of fiction than fact. In this enterprise the judges are often fettered by an infallible ego or a genuine fear of ridicule often dissuading them from reopening the matter for further hearing or requesting argument notes from counsel. Resultantly, the judgment is often solely based on the facts and the law pleaded unembellished with the arguments advanced at the time of final hearing. Thus the role of a lawyer is reduced from that of an 'advocate' who takes upon himself the task of 'advocating' his client's cause to that of a 'pleader' who is engaged for drafting the pleadings alone.

Often, the learned judges confuse length for relevance. A judgment is perceived as lacking in depth and relevance unless it runs into not fewer than fifty pages and an equal number of paragraphs. Facts are narrated and then re-narrated. If that does not suffice the reliefs/prayers are reproduced verbatim. The fate of a 'common judgment' is worse. Beginning with the rather high-sounding preface that the 'issue raised in the captioned writ petitions' is one and the same the next thirty pages are set apart for narrating the facts of each individual case. The narration of facts is then followed by verbatim extracts from judgments cited at the bar or, more often than not, unearthed by the judge himself to reach his foreseen destination by an inductive process of judicial ratiocination. This extraction often follows an unerring pattern. An all too familiar quote from a vintage decision of anglo-saxon pedigree is inserted first followed by repetitive extracts from numerous judgments nearer home, one for every decade after the formation of the Republic of India.

Having exhausted the authorities and having ensured that the judgment has run into sufficient number of pages the learned judge straightens his back and belts out his original score……..I am in respectful agreement with…..In my considered view………I am of the opinion……

The 'in terrorem' judgment is brief and blunt-two reasons why it is to be applauded and cherished. Brevity is sadly in short supply these days when reams of paper are consumed either 'quoting' or 'misquoting' largely irrelevant precedents. And to be plain-speaking in these politically-correct days is to lay oneself open to charges of arrogance and one up-manship vis a vis your robed brethren.

P. Deepak is an Advocate at High Court of Kerala