Judicial Impact Assessment: 'An Important Facet Of The Institutional Independence Of The Judiciary' 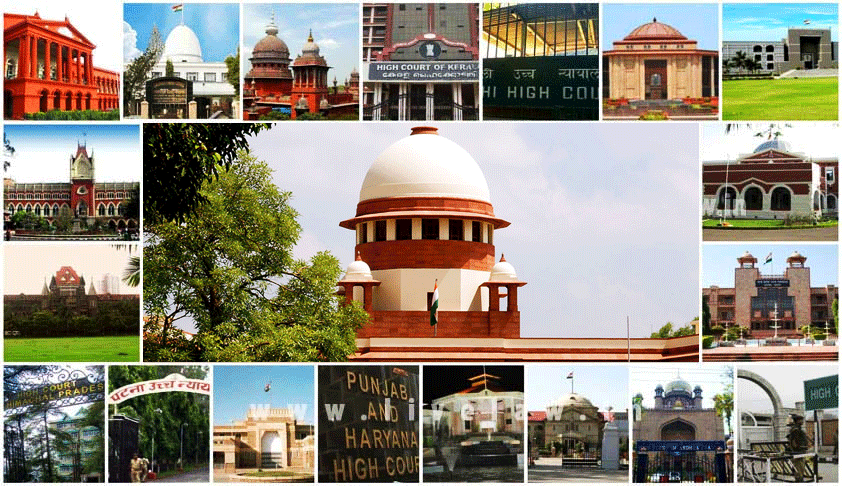 Judiciary today is the most trusted institution of democracy as it is essentially the place of last refuge and the bastion of millions of citizens of this nation, but higher the trust, greater is the responsibility to maintain this trust and the faith of the people, and so it is a continuous challenge for the Judiciary to ensure that the faith of the public in the judicial system continues. It...

Judiciary today is the most trusted institution of democracy as it is essentially the place of last refuge and the bastion of millions of citizens of this nation, but higher the trust, greater is the responsibility to maintain this trust and the faith of the people, and so it is a continuous challenge for the Judiciary to ensure that the faith of the public in the judicial system continues. It is now well settled that "Judicial Independence" of Judges does not merely means the independence of the Judge while dealing with adjudication of cases without interference from the Executive or the Legislature, but also refers to the "institutional independence" of Judges. One of the important aspects of institutional independence is the duty of the State to see that Judges are not over-burdened with unreasonable case loads and that they are not under continuous pressure to decide a larger number of cases than are expected according to reasonable and average standards of satisfactory disposal of cases. Having a very heavy case load will obviously put pressure on the Judge resulting in not giving a reasonable hearing to the cases before him/her and not rendering fair justice. A very heavy docket sometimes puts the Judge in undue pressure to dispose of more cases than is reasonably possible and this results in the Judge not considering the real issues involved in the case. It is well known that "justice hurried is justice buried". If the Judge does not give a proper hearing or conduct a trial in a proper manner, the litigants will lose faith in the system. Further, such hasty disposals only increase the burden of the appellate court. One of the major challenges before the Judiciary today is to cater to the increasing number of disputes and the mounting arrears of the cases already pending, with its limited resources. Since the public has the right to know what to expect from the judicial system, so if there is a delay in the disposal of the cases they are entitled to know the reasons for the same. The enormous burden imposed upon the Judiciary by the increased inflow of cases caused by the newly enacted laws is not readily visible to the general public and the Judiciary gets the major blame for backlogs and delay in adjudication. 'Judicial Impact Assessment' is the only viable solution to this problem.

According to Professor N.R. Madhava Menon, former Director of the National Judicial Academy at Bhopal, "Judicial Impact Assessment is a process whereby the government can anticipate the likely cost of implementing legislation through the courts and help deliver timely justice to litigants." Simply speaking, judicial impact assessment is an exercise to assess and analyze the additional resources which the Judiciary might need to handle litigation generated by the newly enacted laws. It is different from judicial budgeting though it is related to it and is to be eventually integrated with it by an institutionalized process of budget planning, Court management and judicial statistics production. Realizing this structural imbalance in the system, the Hon'ble Supreme Court in the Salem Advocates' Association Case (2005) gave a direction to the government to make Judicial Impact Assessment an essential component of the Financial Memorandum of legislative proposals.

The key element in Judicial Impact Assessment is the 'methodology' for estimating judicial workload resulting from new legislations and determining the additional costs involved in Judge-time and support services. The lack of adequate data on the working of the judicial system, particularly at the level of subordinate courts, has been a serious impediment in planning and management of judicial reforms.

Judicial Impact Assessment as a concept was mooted for the first time by Justice Warren Burger, the Chief Justice of USA, who in his lecture "State of the Judiciary" for the first time referred to the need for studying the impact of the legislation on judicial dockets in the American Courts Justice Burger pressed on the need for having 'Judicial Impact Statements' as a tool to assist the Federal Judiciary in rational planning for the future with regard to the burden of the Courts. Thereafter, the Congressional Budget Act 1974established a Congressional Budget Office to estimate the budgetary impact of legislative proposals with a view to assess whether any proposed legislation was likely to increase or decrease or have no effect on the burden of the courts. In India The Hon'ble Supreme Court of India in Salem Advocates BarAssociation (II) Vs Union of India: (2005) 6 SCC 344 (AIR 2005 SC3353), for the first time, considered the question of the need for "Judicial Impact Assessment" in our country. An Expert Committee submitted a report in the Hon'ble Apex Court which suggested that there should be 'judicial impact assessment' in India like USA whenever any legislation is introduced either in the Parliament or the State Legislatures. It was suggested that the financial memorandum attached to each Bill must estimate not only the budgetary requirement of other staff but also the budgetary requirement for meeting the expenses of the additional cases that may arise out of the new Bill when it is passed by the legislature. The said budget must mention the number of civil and criminal cases likely to be generated by the new Act, the number of courts that are necessary, the number of judges and staff required and the necessary infrastructure.

Judicial Opinion Regarding the Apathy of Government towards the Judiciary

The Hon'ble Apex Court Civil Appeal No(S). 1867/2006 Malik Mazhar Sultan & Anr. Appelant (S) V.U.P. Public Service Commission Through its Secretary & Ors. reprimanded the Governments of Delhi, UP, & West Bengal and the officials from the Registries of the Hon'ble High Courts for not filling the vacancies in the district courts timely and for not providing the adequate infrastructure. The Hon'ble Chief Justice of India asserted, "We want judges. We need courtrooms, support staff, infrastructure. We need our judges to be able to operate. We shall make the State governments, High Courts and Public Service Commissions accountable"

The Hon'ble Allahabad High Court in PIL no.4215 of 2018 comprising of Hon'ble Dilip B. Bhosale,Chief Justice, Hon'ble Govind Mathur,J. (now Hon'ble Chief Justice), Hon'ble Yashwant Varma,J. took suo moto cognizance regarding the vacancies of judicial officers in various cadres of the District Judiciary in the State of Uttar Pradesh as well as the infrastructural deficiencies and directed the State Government to take urgent action. The Hon'ble Court observed as under:

"This Court which has taken suo moto cognizance of this petition in public interest raises fundamental issues touching not just the constitutional mandate of speedy justice but access to justice itself. The petition itself is based upon the manifest apathy and inaction on the part of the State Government in attending to the needs of the judicial system of the State, thus, clearly hampering its functioning and efficiency. It also raises the important issue of the obligation of the State to provide an effective and responsive judicial system. The petition raises issues touching the District Judiciary, which is essentially the place of first refuge and bastion of millions of citizens of this State... The need of the hour, therefore, is to take urgent steps for augmenting the resources and infrastructure of the judicial system in order to enable the teeming millions to exercise their constitutional rights of access to justice."

The Hon'ble Allahabad High Court has further directed the State Government in PIL no.4215 of 2018 that independent tribunals must be constituted for deciding motor accident claims and the entire support staff along with the necessary infrastructure shall be provided by the State government. The State Government was also directed to establish independent special courts along with complete infrastructural support to decide matters under the Narcotics Drugs and Psychotropic Substances Act 1985. This is a welcome initiative by the Hon'ble Allahabad High Court as it will relieve the already overburdened courts from deciding the increasing motor accident claims and cases under the NDPS Act, 1985.
Judicial Impact Assessment in India: The Way Ahead

After about more than a decade since the Hon'ble Supreme Court in Salem Advocates Bar Association case prescribed the need for having judicial impact assessment in India on the lines of USA, not much has changed in this regard and the Judiciary at all levels is reeling under the pressure of the mounting arrears of cases, as no prior planning is done by the Legislature before enacting a law regarding the judicial impact of such a law and so the purpose of such newly enacted laws are not actually fulfilled because there is no visualization regarding the increased number of cases that would result as a consequence of the enactment of such laws. Apart from this the budgetary estimates made by the Governments (Centre and the States) do not take the Judiciary on-board, as a result of which such budgets do not meet the actual demand.