Judicial Silence Would Have Reaffirmed "Tyranny Of The Elected" : A Response To Ex- Chief Justice 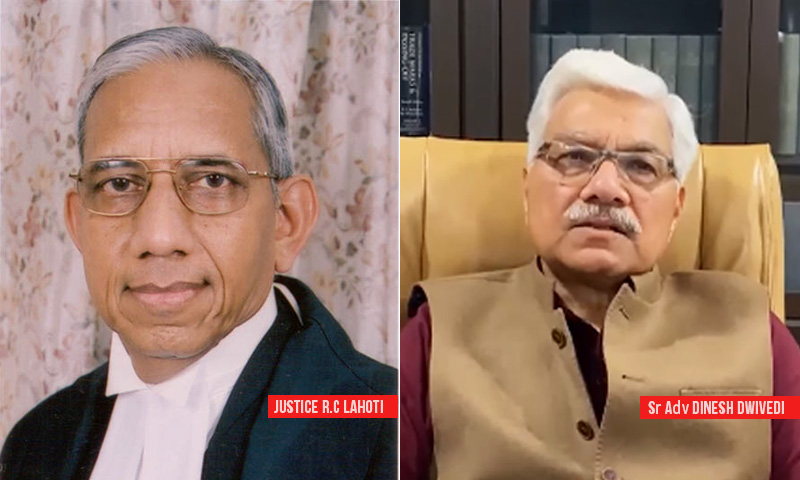 A persistent pressure is being mounted from unlikely quarters on the Courts, particularly the Supreme Court, to desist from intervening in the matter of grave national crisis concerning the migrants. Persistent inaction of the governments has resulted in the heaping of unimaginable miseries on millions of migrants trudging on the roads on foot, short of food and water, as well as...

A persistent pressure is being mounted from unlikely quarters on the Courts, particularly the Supreme Court, to desist from intervening in the matter of grave national crisis concerning the migrants. Persistent inaction of the governments has resulted in the heaping of unimaginable miseries on millions of migrants trudging on the roads on foot, short of food and water, as well as the necessary means of survival. At this critical juncture, the advisory to the courts to refrain from interfering is akin to putting on a blindfold.

The second salvo in tune with the theme of "tyranny of the unelected" comes from Shri Lahoti(ex-CJI). I could somehow appreciate Mr. Salve's diatribe against Court's intervention. Sitting afar he may not be privy to the daily plight of the starving migrants, police brutality and the problems of unemployment they face and their desperate attempts to reach the safety and security of their homes. But it is really amusing and surprising, to hear Shri Lahoti do the same. It reminds me of what Justice Kaul said "after me deluge". This is another tale in the same saga "after me there is a deluge". This also reminds me of Gandhari of Mahabharat fame with her blind folds. How could Shri Lahoti miss the misery with a neon sign?

Before we analyse his objections to the interference by the "unelected" let me recall what was witnessed by everyone. A lockdown was imposed with all its severity. All modes of transport were shut to prevent movement of people on the roads, highways and railways. The shutdown of all activities and the businesses took its toll on the poor and the migrants the most. These are people who were thrown out of their employments and did they have the resources to make their ends meet for more than a week or ten days, falling in extremely low wage category or as daily wagers. Since Lockdown was for 3 weeks initially, with all likelihood of extensions they took the hard decision of going back to their distant homes. They were forbidden to move by stopping all means of transport available. In such a dire situation, they took the most cruel option of trudging it back to their distant homes, being unsure of whether they will make it or not. It doesn't take much imagination or mind-strain to know why they chose such an arduous option. I would nevertheless delve on it briefly for the benefit of those who are with a blindfold. Let me act as their "Sanjay"(Mahabharat).

It is unbelievable that anyone who saw the worst spectacle of misery in the 21st century India, could doubt the media based evidence and seek verification of the averments. Does Shri Lahoti mean to suggest that the judges should either live in a cocoon or with a blindfold, and that it does not behove a judge to be moved by human misery? Let me put a question here. Suppose Shri Lahoti, as a sitting judge, was faced with a PIL bringing to his notice, on the basis of media reports, that a large chunk of area was facing a famine and a village therein comprises of people dying of hunger. What would be his response? Dying of hunger is an unimaginable cruelty, as well as indignity. Would he then search for the truth and the correctness of the evidence or the averments, as the courts normally do, or intervene with something positive to ameliorate the misery? If the grudge is of persistent Executive inaction or misdirection, should the Courts not nudge the Executive to act? The answer is self-evident when one considers the unreasonable arguments made by the Solicitor General indicating the reluctance of the Government to recognise the migrants misery and act on it.

The advice given to Court by Shri Lahoti to exercise self-restraint in the issue of migrants is most unfortunate. It is primarily based on the following reasons:

If one looks at the reservations expressed by the author, then one cannot resist noting the extra yards put in the advice to the Courts to not to interfere. Intriguingly, the same argument of "tyranny of the unelected" has once again been raised, though under a different clothing. The intent of the author becomes evident when you notice the familiar phrase "Judges are appointed and not elected". This betrays the direction and the intent of the article of Shri Lahoti, apart from its timing, to side with "inaction of the Executive" despite the havoc all around. He seeks to support the "tyranny of the elected". He accepts that in rare cases of poor and the down trodden the Supreme Court has devised the method of PIL interventions under Article 32. This is what he calls "judicial activism" to enable people to secure prompt relief which they have failed to secure from the Executive. If this is the legal and Constitutional position, then where is the problem? Should the courts not take note of the misery of the migrants on the roads and highways trudging on foot for thousands of kilometres with empty pockets, without food and water, and provide succour urgently, including means of transport, so that may reach home comfortably?

Once again the issue goes back to the trinity of the grand Fundamental Rights called Article 14, 19 and 21. Their implications are well settled. They enable the people to secure from the Courts the right to human living with dignity. Did anyone during the previous two months see any kind of dignified treatment of the migrants? Crazy spectacle of families with children, walking for thousands of miles under the scorching sun or in the darkness of the night, without food and water, were seen. Can we call this dignified treatment in conformity with the three Articles particularly Article 21. Where could the Civil Society have gone except to the Courts with a request to alleviate the misery of the migrants on the roads.

When Dr. Ambedkar was asked to point out a provision of the Constitution which he thinks is most important, he laid his finger on Article 32 describing it as the soul of the Constitution. Article 32 is itself a Fundamental Right to enforce the other rights in Part III. A judge takes a unique oath different from other Constitutional offices. To "uphold the Constitution" is the key feature of his oath unlike the other oaths. Therefore, would the Judge be true to his Constitutional oath, if he fails to intervene in time of such crises of diabolical proportions? People did die enroute their homes after all.

My question is why are these august people telling the Courts to be judicious? The hint is that Courts should revert back to their role of a law enforcer leaving the field, in issue, vacant of criticism or nudge. In the face of this unparalleled tragedy to tell the courts to remain as a silent spectator, is to recite the same tune "the tyranny of the unelected". Why so much research and effort to remind the Courts of their limitations in the field of Judicial Review? Supreme Court has culled out the progressive concept of PIL as an important constitutional tool for enforcing the Fundamental Rights contained in Articles 14, 19 and 21. Having done so nearly 30 to 40 years ago, why hesitate on the face of the biggest tragedy of our lifetimes? Why omit to act on the face of persistent inaction of the elected causing unimaginable misery and indignity on the millions of fellow Indians?

No doubt the objections noted above and pinpointed by Shri Lahoti are extremely important in normal times, but cannot inhibit the tensile strength of the Court's expansive jurisdiction under Article 32 read with Article 142. This is the only reason why the Constitution invariably uses expansive and flexible phraseology while defining the Court's power of judicial review. Shri Lahoti ought to have realised that there is a concept called 'checks and balances' inherent and integral to any federal structure. In our Constitution, which is organic, it has been devised to evolve into a dynamic concept, that can be tailored to meet even the gravest of situations like the present crises. This concept is a great leveller and balancer. It enables, and in times of need enforces, harmonious functioning of various governments in a federal structure. It also harmonises the functioning of the three distinct organs of the State. The judicial review with the superior courts is an important tool to enforce this harmonious balancing. This tool is equally flexible and elastic. The Constitution ordains that the principle of 'checks and balance' and the tool of judicial review is to be exercised for the welfare of the people in a democratic polity. Therefore, key concern of judicial review is the welfare of the people. Keeping in view the above concepts and their expanse, there doesn't seem to be anything wrong with the Supreme Court stepping in to check the executive lethargy and inaction in exercise of its power of judicial review.

A judge may refrain from stepping in but at the expense of his oath. Perhaps Shri Lahoti forgot about this. What did the Courts do to attract the fury of criticism? They merely took note of the misery of the migrants persisting for days together. They saw the Central and State governments bickering over who is primarily responsible for the provisioning and payment of railway fares. Was it not one indignity after another being heaped upon the poor citizens of India? To remain silent would have once again reaffirmed the "tyranny of the elected". There is no doubt in my mind that the Courts did discharge their constitutional responsibilities in requiring the Governments to provide food, water and transport. Why should Governments feel constrained if they have public welfare in their minds? Shri Lahoti should remove his blindfold and openly side with what is being abused as "tyranny of the unelected".