Jurisdiction Of Bar Council Of India Over SCBA? 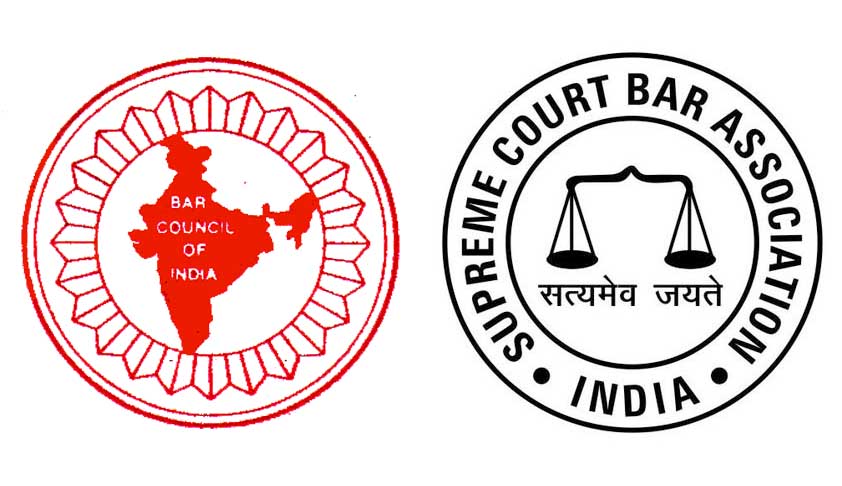 The recent action by the Bar Council of India to intervene and stay a resolution passed by the Supreme Court Bar Association has added a new twist to this tale of ongoing differences and issues plaguing the SCBA. In recent years, the Supreme Court Bar Association has seen public disclosure of internal disputes between its office bearers and executive Committee on more than one occasion.

The Bar Council of India has been vested with various functions and duties under the Advocates Act 1961 to maintain the dignity of the legal profession and to ensure that administration of justice by the legal system is not undermined.

Without entering the merits of the SCBA imbroglio, the issue is really whether the BCI, a statutory body, can at all intervene in the affairs of a registered Society – in this case, the SCBA.

S. 7 of the Advocates Act 1961 prescribes the functions of the BCI to include laying down standards of professional conduct and etiquette and procedure carrying for disciplinary proceedings. While this provision permits the BCI "(g) to exercise general supervision and control over State Bar Councils;", and it has the power to carry out disciplinary proceedings against Advocates, the 1961 Act does not empower the BCI to intervene in the affairs in the affairs of a Bar Association.

Neither Section 36 nor any other provision of the 1961 Act, allows the BCI to extend its jurisdiction over a bar association which as a society registered under the Societies Registration Act is subject to a distinct regulatory mechanism under that law and not the Advocates Act 1961. Even the jurisdiction of civil courts in such matters is circumscribed by the observations of the Supreme Court in T. P. Daver vs. Lodge Victoria {AIR 1963 SC 1144}, that "civil courts have no jurisdiction to decide on the merits of a decision given by a private association" unless the "body acts without jurisdiction or does not act with good faith or acts in violation of the principles of natural justice." The BCI is a body headed by experienced lawyers from across the Country, who are fully aware of the nuances of the Advocates Act, and the BCI's own powers and functions.

At this time of lockdown, Advocates across the country are looking at the Bar Councils to intervene and ensure that till regular court work begins, access to justice of the litigating public must be secured through Video Conferencing. Both for litigants and the lawyers who represent them, it is essential that infrastructure in every Court and Tribunal is urgently ramped up by our regulators (BCI/State Bar Councils) who are "to safeguard the rights, privileges and interests of advocates" {S.7(1)(c) of the Act}, so that court proceedings resume at the earliest. Councils also have to take adequate steps for financial support for a large section of the members of the legal profession across India who are struggling to sustain themselves with limited court functioning since mid March 2020. In such a situation, the energy of the BCI would have better deployed in engaging with pressing issues of the entire legal fraternity, rather than seeking to intervene in the affairs of a Bar Association.

(Author is a Senior Advocate at Supreme Court of India)