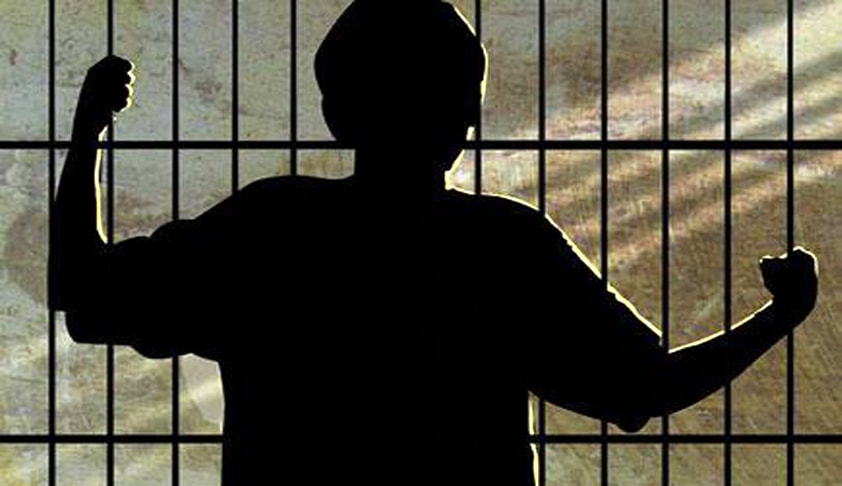 The Bois Locker Room issue has raised many important questions regarding consent, boys' culture and privacy. Most of the students who were part of the Instagram group have been booked by the Delhi Police are in grade 11th and 12th. As most of these students would be below the age of 18, they would be tried under the Juvenile Justice (Care and Protection of Children) Act, 2015("Act"). ...

The Bois Locker Room issue has raised many important questions regarding consent, boys' culture and privacy. Most of the students who were part of the Instagram group have been booked by the Delhi Police are in grade 11th and 12th. As most of these students would be below the age of 18, they would be tried under the Juvenile Justice (Care and Protection of Children) Act, 2015("Act"). Every time an offence is committed by Juveniles that enters the larger public discourse, the narrative shifts to how 'easily' we let go juveniles.

This issue of how we treat Juveniles in the criminal system gained steam after the 2012 Delhi Gang Rape Case, in which one of the accused was below the age of 18 and was tried differently as per the criminal law for Juveniles. Succumbing to various protests and pressure, the State finally gave in and introduced the Act, which came in force in 2016. The Act created two parallel systems and if a Juvenile was within the age group of 16-18 ("Relevant Age Group"), s/he could be tried as an adult. The move is in line with the prevalent public sentiment but I would show it falls short of a legal backing. I would like to provide a framework for a constitutional challenge to the Act.

The Act introduces a hierarchal system of offences, offences are categorised into heinous, serious and petty. A heinous offence is one with a minimum punishment of more than seven years. Serious offence has a punishment of more than three years but less than seven years and a petty offence has a punishment less than three years. As per Section 15 of the Act if a Juvenile in the Relevant Age Group commits an heinous offence and the Juvenile Justice Board ("JJB") based on a preliminary report is of the opinion that the Juvenile has the "physical and mental capacity to commit the crime" and "understands the consequences of the offence" s/he shall be tried as an adult.

As per section 18 of the Act if Juvenile in the Relevant Age Group is not to be tried as an adult then the trial would take place in the JJB as per the procedure laid down for a summons trial in Cr.P.C. Further the harshest order that JJB can order is to send the Juvenile to a special home for a maximum period of three years where s/he would be provided with reformative services. Only in an exceptional circumstance the Juvenile is to be sent to a place of safety.

On the other if a Juvenile is to be tried as an adult the trial would take place in the Children's Court, following all provisions of Cr.P.C. Further, if the accused is found to be guilty, s/he would be sentenced to a place of safety till the age of 21 and after attaining the age of 21 if the Children's Court is of the opinion that the Juvenile is not able to be a "contributing member" of the society than to complete the rest of the term the Juvenile will be sent to jail. Therefore, the two procedures set out are completely in contrast with each other. The whole procedure of trial and the sentencing is different. When being tried as a Juvenile the Act focuses on reform but for an adult it focuses on retribution. The harshest sentence while being tried as a child will be the minimum sentence when being tried as an adult.

Some rationale behind two parallel systems can be found in the Statement of Objects of the Act. It recognises that there is an "increase in cases of crime committed by children in the age group of 16-18" which has showed that the earlier laws in place are "ill equipped to handle child offenders of the 16-18 age group". To remedy such an increase the provision to treat Juvenile of the Relevant Age Group as an adult has been provided. Therefore, it can be argued that the Act does not fall short of the reasonable classification test as there is an intelligible differentia and a rational nexus to the object.

However, a reading of the Act would show that trying a Juvenile as an adult, though has some legal backing, in reality it is an excessive and disproportionate action and goes against the very basis of the Act and thus is manifestly arbitrary.

Manifest arbitrariness as a ground of challenge to the constitutionality of an act was first introduced in Shayra Bano v. Union of India and has since been used by the Supreme Court at various instances. The ground of manifest arbitrariness provides that any provision can be struck down if it is capricious, irrational and/or without adequate determining principle or if it is excessive or disproportionate

The first step is to identify the underlying principle of the Act. The first paragraph of Statement of Objects of the Act provides.

"An Act to consolidate and amend the law relating to children alleged and found to be in conflict with law and children in need of care and protection by catering to their basic needs through proper care, protection, development, treatment, social re-integration, by adopting a child-friendly approach in the adjudication and disposal of matters in the best interest of children and for their rehabilitation through processes provided, and institutions and bodies established, hereinunder and for matters connected therewith or incidental thereto."

Principle of best interest: All decisions regarding the child shall be based on the primary consideration that they are in the best interest of the child and to help the child to develop full potential.

Similarly, other sections of the Act also provide that the best interest of the child should be paramount. This shows that the Act categorically departs from the retributive theory of justice and places focus on the reformative theory. The Act acknowledges that a Juvenile committing a crime, can be reformed and be rehabilitated in the society. Therefore, the Act are mandates authorities to work within the framework of best interest, reform and rehabilitation.

When seen in this context, the separate procedure laid down for Juveniles of the Relevant Age Group seems like a mismatch with the larger purpose of the Act. The Act recognises that there is scope of reform, but, does not provide the opportunity to reform to the Relevant Age Group. For the Relevant Age Group, the Act is retributive in nature and provides for harsher punishments, harsher trials and a possibility of jail sentence. Enough material is available to show that deterrence is not an effective tool to stop crime. Even if it is assumed that deterrence works, the problem still remains that deterrence does not find any kind of mention in the objects of the Act and thus should not act as a guiding principle. The Act does recognise the problem correctly, however, it fails to provide a real remedy.

The rights of the Juvenile hinge on what the preliminary report states. The Act provides the JJB "may" take the assistance of experiences psychologists or psycho social workers or other experts for the preliminary assessment. No procedure is laid out on how the JJB should make this assessment and no real factors for decision making is provided. There is no mandatory requirement for the JJB to refer to any kind of an expert and there is also no definition of who an expert is. The Act in essence provides the JJB with complete discretion to act upon. However, the Act fails to recognises that when the rights of Juvenile are substantially curtailed by any kind of adjudication, there has to be some framework within which the decision making of the JJB has to take place. A lack of framework like in the present situation could lead to the JJB to impose their own morality.

Another interesting aspect of the Act to look at is that it goes against the principle of presumption of innocence. At one hand the Juvenile is not to be considered guilty, on the other hand the Preliminary Report assumes that Juvenile has committed the crime and passes an order on the aspect of Juveniles understanding of the crime. Although, the Act in the explanation clause of Section 15 provides that the preliminary assessment is not a trial but only an act to check the capacity of the Juvenile to "understand the consequence of the alleged offence". Yet the fact remains that the preliminary assessment impacts of the rights of a child on an alleged offence and puts him to a trial without establishing if the offence was committed.

Thus, the Act fails to find a workable solution of the problem of increase in crimes of the Relevant Age Group. The Act itself identifies that the reform and rehabilitation is the way forward, however, the solution provided by the Act is one of retribution. This solution lacks any kind of backing by the objects of the Act and therefore should be considered lacking any kind of determining principle and excessive in nature. Further the power is given to the JJB to limit the rights of a Juvenile lacks any kind of checks and balances and should also be considered as excessive and disproportionate.

It seems like the Act has been brought in by the legislature to toe the line and has provided a harsh procedure for a Juvenile thus punishing them and has satisfied the public demand. In essence what the legislature has done is that it has given up on its duty to protect the children. Instead of providing with any real social reforms that tackles the core issue of why children commit crime or why there has been an increase in crime committed by children of the Relevant Age Group, the Act takes an easy way out and provides for stricter penalties. Nevertheless, the first step before we can expect any kind of change would be to change how we perceive crime.

(The author is a practicing advocate based out of Chandigarh)