Kerala High Court: A Torchbearer For The Digital Age

Necessity is the mother of invention. Responding to this adage, the Kerala High Court decided to dispense justice during the country-wide lockdown through video conferencing technology. With the Supreme Court of India setting the path for this disruptive technology on 27th March, 2020, the Kerala High Court set the ball rolling from 28th March, 2020 by constituting a Division Bench comprising of Justice A.K.Jayasankaran Nambiar and Justice Shaji P. Chali to hear urgent matters. Soon after, other state High Courts followed suit. Another notice dated 3rd April, 2020 declared that from 4th April, 2020, Justice A. K. Jayasankaran Nambiar and Justice Shaji P. Chali shall hear only urgent matters and all criminal matters will be considered by Justice Raja Vijayaraghavan. Simultaneously, Principal District Judges and Chief Judicial Magistrates are attending to bail applications through video calls. According to Justice A. Muhamed Mushtaque, Chairperson of the Kerala High Court Computer Committee (KHCCC), these matters have been especially chosen by the Chief Justice with a focus and priority for individual freedoms during these precarious times. 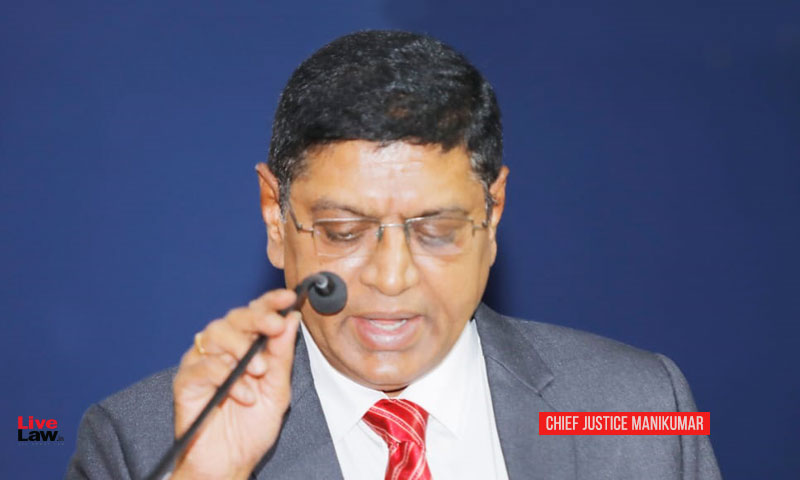 A look into the Court's 'Work From Home' procedure

With the coordination between KHCCC and High Court Registry, a work from home procedure was designed on a war footing. The petitions maybe filed through email since the High Court server is inaccessible owing to lockdown with an undertaking that the Counsel will produce physical copies of the documents, along with necessary fees and charges applicable, when the court registry resumes its normal functioning. Any case maybe registered through an email sent to 'casefiling.hc-ker@kerala.gov.in' with the reason of urgency ccd to the concerned Government Pleader/ Public Prosecutor/ Central Government Counsel. Not more than one request shall be sent in one e-mail comprising of the PDF document containing the entire pleadings, and the word document containing the head note. The email shall be sent after 9 A.M and before 12 noon on all working days from Monday to Friday.

In the matters involving State Government, a copy of urgent memo shall also be addressed to aagkerala@gmail.com and advnpekm@gmail.com and for Union Government, to krraj1970@gmail.com and jaishankar.cgc@gmail.com. Once received by the concerned Division/Single Bench, permission may or may not be granted. Defects if any, will be communicated by the File Scrutiny Officer to the Advocate/Party by email. Case will be registered once the defects are corrected with the issuance of a temporary case number. An online shared folder accessible to the Bench and parties would also be created.

Once the cause list is published, a Zoom Video Conferencing (VC) meeting will be scheduled by the High Court with the VC link made available on its website. These VC meetings are being livestreamed and recorded so as to allow viewing by members of the public in the interest of transparency. The IT officer shall act as the VC administrator/host with the power to mute/unmute participant's session. VC administrator may also make password to enter in to VC room, if required especially, in instances of sensitive matters such as cases under Protection of Children from Sexual Offences (POCSO) Act, 2012 (POCSO) wherein a minor could be present. Apart from attending to the matter, the sitting judge will also preside over the court etiquette on dress code and background noise if any. Separate WhatsApp groups shall be created for the parties for necessary technical support and grievance redressal. Orders will be drafted by way of dictation and then digitally signed by concerned Judges. Along with emailing these orders to the corresponding parties, they will also be available on the High Court website. In the case of bail application, the orders would be emailed to jail authorities and concerned Magistrates. 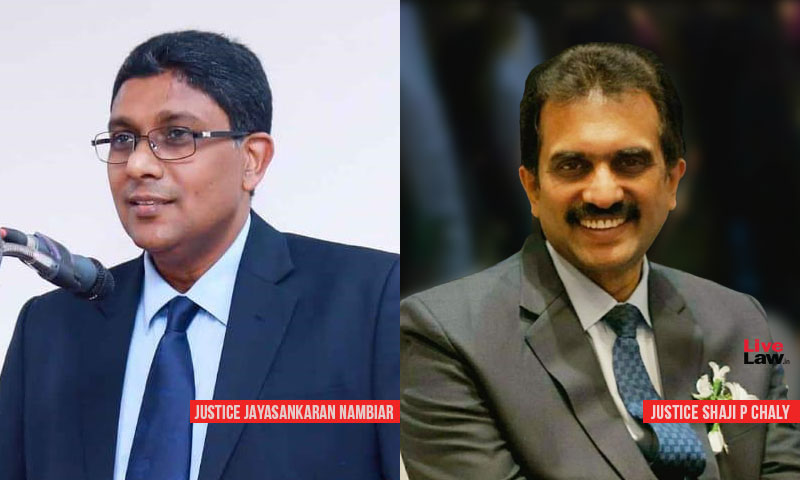 Takeaways from this novel experience

Justice Mushtaque recalled that when they started the meetings, they had experimented with Vidyo, Vimeo and Zoom. Out of the three, Zoom has been most effective. Even though security concerns with Zoom persists, since court proceedings are meant to be open data, they are going ahead with this application. Lower courts have been using whatsapp video calls to successfully adjudicate bail applications. As per sources, the Principal District Judges across the state has handled 51 bail applications through VC. The High Court has also been able to dispose 119 cases out of the 320 cases listed before it, between 30th March and 11th April, 2020. The Chairperson assured that all participants are maintaining the tenets of social distancing and working from home.

He further observed that some challenges remain. Creation of a team which is technically equipped to handle these kinds of systems will need to be created. Even though there is an acceptance in principle of the need for video conferencing, there is some resistance seen from lawyers and clerks. The internet bandwidth for users will need to be increased in order to prevent disruptions. Appointment of Dr. Chitra S. the Director for Kerala State IT Mission as a nodal officer in the KHCCC is a much needed development. This will enable in removing roadblocks in terms of limited knowledge and technical capacity on the part of judges, lawyers and court staff. This will also help with efficient implementation of several projects initiated by the KHCCC. So far, there has been no dearth of funds since the State Government also has a keen interest in ensuring that digital access to justice becomes a reality in the state. He maintained that the KHCCC members are monitoring the progress of this initiative on a day-to-day basis, providing with course correction whenever necessary. 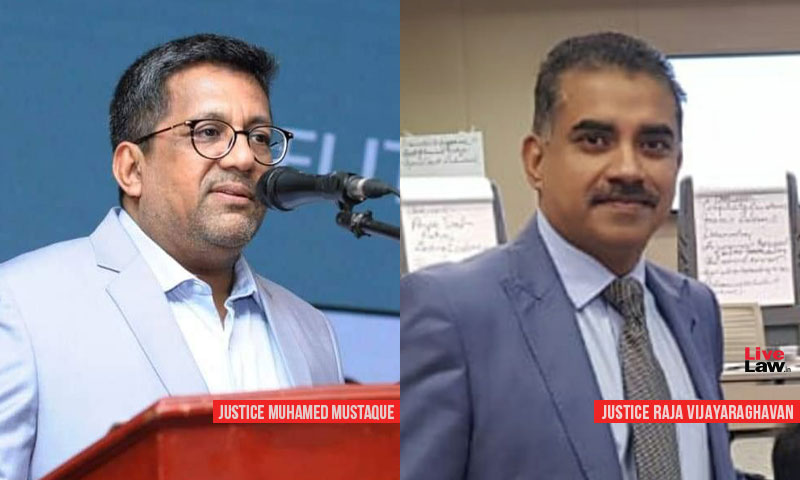 Even though this initiative for VC was introduced in light of the lockdown, Justice Mushtaque stated that the Kerala High Court has plans to go digital in the long term. Once the court reopens after summer vacations, there are plans afoot to start with e-filing. Here too, they will first start with bail applications and depending on the progress, include other types of petitions as well. The committee is mindful of the need for people from all corners of the state to have an easy access to justice. To this end, the Kerala Legal Services Authority (KELSA) will be empowered digitally to allow e-filing of grievances right at the Taluk Legal Services Authority level. Thus, parties and lawyers from the remotest parts of the state can file cases and have them adjudicated. Coordination between legal service authorities and jail authorities to provide digital access to justice for under trial prisoners is also being planned so that the process becomes seamless.

Another initiative is to set up virtual courts to handle traffic and petty offences. The Chairperson of Computer Committee provided an example of Adoor having about 34000 petty offences registered and the difficulty for police in sending summons to so many parties. Enabling voluntary settlement of fines through these virtual courts will reduce the workload of police personnel who are already overworked. The courts will initially be set up for Trivandrum, Ernakulam and Calicut.

Encouraging all the High Courts to adopt the VC technology, Supreme Court in a suo moto case titled "In Re Guidelines for Court Functioning through Video Conferencing During Covid-19 Pandemic" on 6th April, 2020 issued guidelines for hearing of cases through VC. Some of the pertinent ones are as follows:

While the challenges of setting up virtual courts are restricted to teething troubles and lack of comprehensive guidelines on the use of VC technology, the benefits far outweigh these restrictions. An adoption of VC technology for courts can result in cost reduction and lesser infrastructural requirements in the short term and even increased efficiency and reduced pendency in the long term. Technology is here to stay and courts need to adapt to this change at the earliest. Here is hoping that they do!