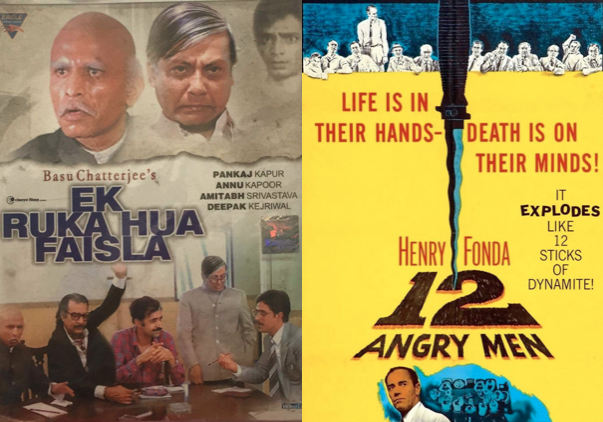 A jury is a group of people required to attend a legal case and give a verdict based on the evidence presented. If the verdict is not unanimous, the legal case does not meet a near immediate conclusion. The jury obviously requires a discussion organized behind closed doors, in privacy. It may end up requiring more than a day. In those situations, it is preferable, the privacy of the Jurors...

A jury is a group of people required to attend a legal case and give a verdict based on the evidence presented. If the verdict is not unanimous, the legal case does not meet a near immediate conclusion. The jury obviously requires a discussion organized behind closed doors, in privacy. It may end up requiring more than a day. In those situations, it is preferable, the privacy of the Jurors is maintained and they are neither allowed to return to their home environment nor communicate over their mobiles or laptops. Ideally, the Jurors should avoid influences of all kinds.

The 8-1 verdict of 'no guilt', in the Nanavati trial [See, Rustom (2016, dir. D.S. Desai)], was incorrect and was reversed. Eventually, India did find jury trials to be an "exotic plant, unsuitable to the country" and abolished the same. Jurors weren't always unbiased. Nanavati's further life story or Justice M. Hidayatullah's dissent in the 60's [AIR 1960 SC 706] whereby he described his 'misfortune to differ" from Justice S.K. Das's opinion that, "the charge to the jury by the Learned Trial Judge was proper", and other such examples, is just trivia now. However, it is interesting to note a 'jury' or 'delegates' within the meaning of the Coroner's Act 1871 [See, Satrupi Tolaram Mirchandani, Writ Petition No. 2235 of 1984 before High Court of Bombay] and the Parsi Marriage and Divorce Act, 1936 [See, Naomi Sam Irani, Writ Petition (Civil) No. 1125 of 2017 before Supreme Court of India] respectively, remains relevant. The Jurors aren't really dead.

Ek Ruka Hua Faisla (1986, dir. Basu Chatterjee), inspired by 12 Angry Men (1957, dir. Sidney Lumet), allows us the opportunity to evaluate the Jurors who decided the fate of a young individual, accused of stabbing his father to death. In the opening game, the 12 Jurors are at 11-1 in favour of 'guilt' and in the end game, the 12 Jurors are unanimously in favour of 'no guilt'. What happened in between? Juror No. 8, the solitary dissent at inception, reasoned when the issue involves a death sentence, the 19-yr old accused deserves words of discussion. A heated debate ensues on 'the murder weapon', 'the questionable character of this stabbed father and possible enemies', 'the credibility of the witnesses', 'the whereabouts of the accused at the time of murder', 'the manner in which the stab was conducted'. The number in favour of guilt become 10, 8, 6, 3, 2 [Juror No. 3 & 4] in due course. Juror No. 4 however offers a logical explanation for sticking to his 'guilty verdict'. He says, the belief in one particular witness stands unshaken. The doubts concerning the other issues are more or less immaterial, therefore. At this point, one small habit of Juror No. 4, of rubbing his nose often, intrigues Juror No. 9.

Juror No. 4 explains, the deep impression on the side of his nose, occasioned by his eye glasses, and which can only be occasioned by eye glasses, is the cause of botheration/annoyance. It is realized, the particular witness, a 45-year old lady, had the same habit of rubbing her nose and had a similar deep mark on the side of her nose. This leads to the inference that she was habituated to wearing eye glasses too. However, while testifying in Court, she made efforts to look pretty and did not wear her glasses. This sowed doubts as to how she could have witnessed the alleged crime, without eye glasses. Because, as per testimony, she witnessed the crime through the window of her room and it was post-midnight. As it is unusual for people to sleep or attempt to sleep with their eye glasses on, there occurred a reasonable doubt as to the testimony of the so-called eye witness.

This leads to  arrival at 11-1 in favour of 'no guilt'. Juror No. 3, the solitary dissent at finish line, the toughest nut to crack, sheds a tear or two before yielding. His initial opinion, mostly formed on class prejudices, melt away in the face of solid contrary facts.

Ek Ruka Hua Faisla is available on YouTube, thankfully. On a side note it must be stated, there is a lot of cigarette smoking by the Jurors which shall be odd to copy in a possible Bollywood re-make. In the Hollywood remake, 12 Angry Men (1997, dir. William Friedkin), there is no smoking. Also, one prays for a Female Juror, next time.

If we just for a moment imagine, documents, pertaining to a high-profile murder trial, is uploaded on the net; the hearings are live-streamed for perusal; and arguments are made in a fashion understandable by a reasonable man, composition of an unofficial jury can be contemplated. The movies mentioned highlight the importance of detailing in facts. It also highlights how advocates may not always be as well prepared as the common man. We can learn to pay that importance to detailing too when developing our own legal arguments or when assisting the Court. In Birla Institute of Technology v. The State of Jharkhand, the Judges themselves confessed to an error, since an important 'amendment' was not brought to their notice. The more of focus on each and every particular, the brighter the chances to excel.

(The author is an Advocate practising at Delhi and Kolkata)

(This is  sixteenth article in the "Law On Reels" series, which explores legal themes in movies.Views Are Personal Only)