Law On Reels : 'RBG', Documenting The Life Of A Judge Who Became A Cultural Icon 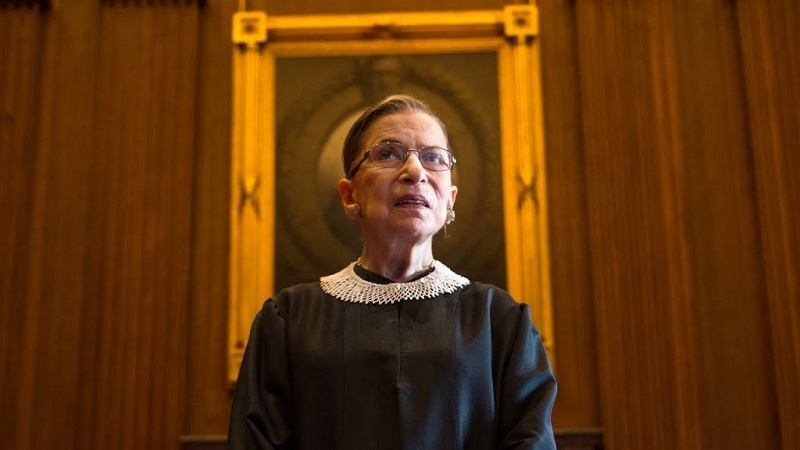 x
Justice Ruth Bader Ginsburg, SCOTUS
Sprinkled with humor and anecdotes, the documentary is not a critical portrait of Ginsburg but rather a homage to the life of one of the brightest minds in legal world and is a pure joy to watch.

These are some of the words that have been used to describe the 86 year old still serving second female U.S. Supreme Court judge, Ruth Bader Ginsburg.

With her ascent as a pop culture icon, she has been given the nickname 'the Notorious RBG' (inspired from the rapper Notorious B.I.G.) by her fans. This is because the story of Ginsburg is not an ordinary one. And it is the very extra-ordinariness of her life that has been attempted to be captured in the 98 minute long documentary titled 'RBG' directed by Betsy West and Julie Cohen. Through archival clips and conversations with biographers, friends, family and the subject herself, RBG takes the audience through the triumphs and tribulations faced by Ginsburg in her long and ardous journey to the highest court of the United States. 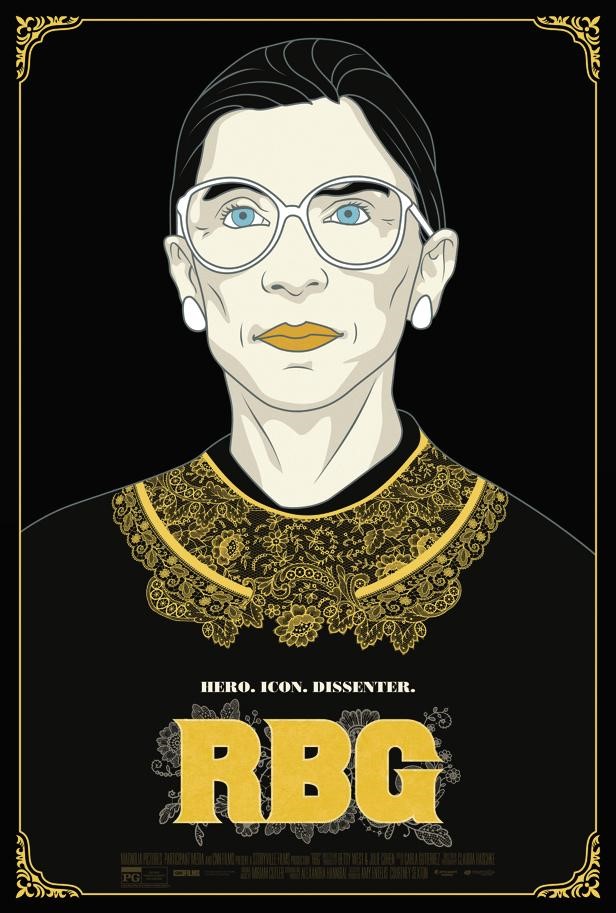 The documentary starts with the growing up years of Ginsburg and tracks her brilliant career as a teacher, lawyer and judge. Born to a Jewish emigrant father and Austrian - Jewish mother in the United States, Ginsburg was a single child (her sister had passed away at a very early age) who grew up in Brooklyn in an academically disciplined environment. Ginsburg was immensely attached to her mother who passed away when she was in high school. After high school, Ginsburg joined Cornell University for her bachelor's degree and met Martin D. Ginsburg (Marty), who would be her life partner for the next 56 years.

'RBG' successfully captures the deep affection and love between the couple, their shared parenting methods and the immense support Ginsburg received from Marty to pursue her ambitions. Even as an extremely successful tax lawyer himself, Marty never shied away from household chores and took over the cooking responsibilities while his wife focused on her career. Ginsburg proudly states that her husband was "so confident in his abilities and so comfortable with himself that that he never regarded her as any kind of threat". He supremely valued her abilities and encouraged her fully – even lobbying for her appointment to the Supreme Court.

Wife and mother of a 14 month old, Ginsburg joined Harvard law school to find that she is only one among the 9 women in the class of 500 other men. When asked how did it feel to be one of the nine women in a class of 500 men, Ginsburg replied, "You felt you were constantly on display. So if you were called on in class, you felt that if you didn't perform well, that you were failing not just for yourself, but for all women".

Ginsburg also talks about an unpleasant incident experience at Harvard where the Dean asked all the female law students including Ginsburg, "Why are you at Harvard Law School, taking the place of a man?".

Also, during her time at Harvard, her husband was diagnosed with cancer. The documentary captures the way in which Ginsburg successfully managed her rigorous academic schedule (making it to the covetous law review) while also attending to her child and ailing husband getting as little as two hours of sleep. However, her stint at Harvard law school was soon over, when Ginsburg had to leave for New York with her husband who had just recovered from the bout of cancer so that he could start his career at a New York law firm. Ginsburg transferred to Columbia Law School and completed her legal education first in class. Unable to get hired by a law firm due to her gender, Ginsburg joined Rutgers Law School as a law professor. Egged on by her students, Ginsburg started classes on the topic of law and gender. Ginsburg also started to take active interest in litigation involving women's rights and decided to put her skills to use in courts rather than joining the protests on the street. 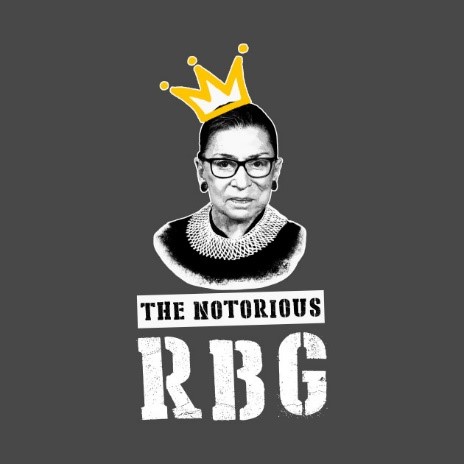 "A gender line...helps to keep women not on a pedestal, but in a cage."-Ginsburg

Ginsburg soon joined the American Civil Liberties Union co-founding the Women's Rights Project.' RBG' documents Ginsburg's success before the all-male Supreme Court in five of the six gender discrimination cases she argued during this period. Through cases such as Frontiero v. Richardson where the law denying housing allowance to female service member was challenged and Weinberger v. Wiesenfeld, where denial of survivor benefits under social security to a male widower due to his gender was challenged, Ginsburg made significant legal advances for women's rights under the equal protection clause of the Constitution. 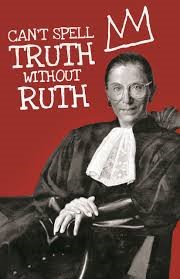 "I ask no favor for my sex; all I ask of our brethren is that they take their feet off our necks." – Ginsburg quoted 19th century women's rights pioneer, Sarah Grimké, during her submissions in the Court.

The documentary gives the audience glimpses of the accounts of the plaintiffs involved in some of these cases and highlights the successful strategy adopted by Ginsburg in securing favourable verdicts. Ginsburg threw down the gauntlet not only for women suffering from gender discriminatory laws but also for the men. This was done as part of Ginsburg's plan to drive home the point that discriminatory laws were harmful not just for one gender but for the entire society. Going slow and steady challenging one statute at a time, Ginsburg changed the legal landscape for women's rights with each case.

"I did see myself as kind of a kindergarten teacher in those days because the judges didn't think sex discrimination existed." – Ginsburg said when asked about her litigating experience before the Supreme Court.

US v. Virginia was one the first cases involving women's rights that came before Ginsburg as a supreme court judge. The case was filed challenging the all male admissions policy followed by the state run military institute denying women opportunity to join. Ginsburg wrote the majority judgment striking down the admission policy for violating the equal protection clause. The documentary takes the account of the plaintiff in this case on how much the decision had changed her life.

It was through her fiery dissents that Ginsburg truly made her mark in the Supreme Court. RBG highlights her famous dissents such as the one in Shelby County v. Holder in which Ginsburg gave an oral dissent supporting the regional protections of the Voting Rights Act for its role in preventing race discrimination. Ginsberg mooted that the protections should not be effaced even if they appear to be of no relevance today. Ginsburg also dissented in Ledbetter v. Goodyear where the plaintiff claimed that she was pay discriminated because of her gender. Even though, the majority bench disallowed the claim of the petitioner citing bar under the statute of limitations, Ginsburg dissented saying that women often did not know they were being paid less, and therefore it was unfair to disallow claims against pay discrimination citing the statute of limitations. After this decision, President Barack Obama passed the Lilly Ledbetter Fair Pay Act upholding the dictum in Ginsburg's dissent.

On and off court, Ginsburg has advocated for women's equality and participation in every sphere of American life.

"When I'm sometimes asked when will there be enough [women on the Supreme Court] and I say, 'When there are nine,' people are shocked. But there'd been nine men, and nobody's ever raised a question about that.", she once said, quite provocatively.

'RBG' also shows Ginsburg's famous friendship with the late conservative Justice Antonin Scalia who was her colleague and ideological rival on the bench. While Scalia was opposed to reading the constitution is any manner other than how it was intended to be read at the time it was enacted, Ginsberg maintained that such a reading could not reflect the realities of the day as the makers of the constitution are not representative of the American society today. She replies in an interview, "Who were 'we the people' in 1787? You (women) would not be among 'we the people'. African-Americans would not be among the people". 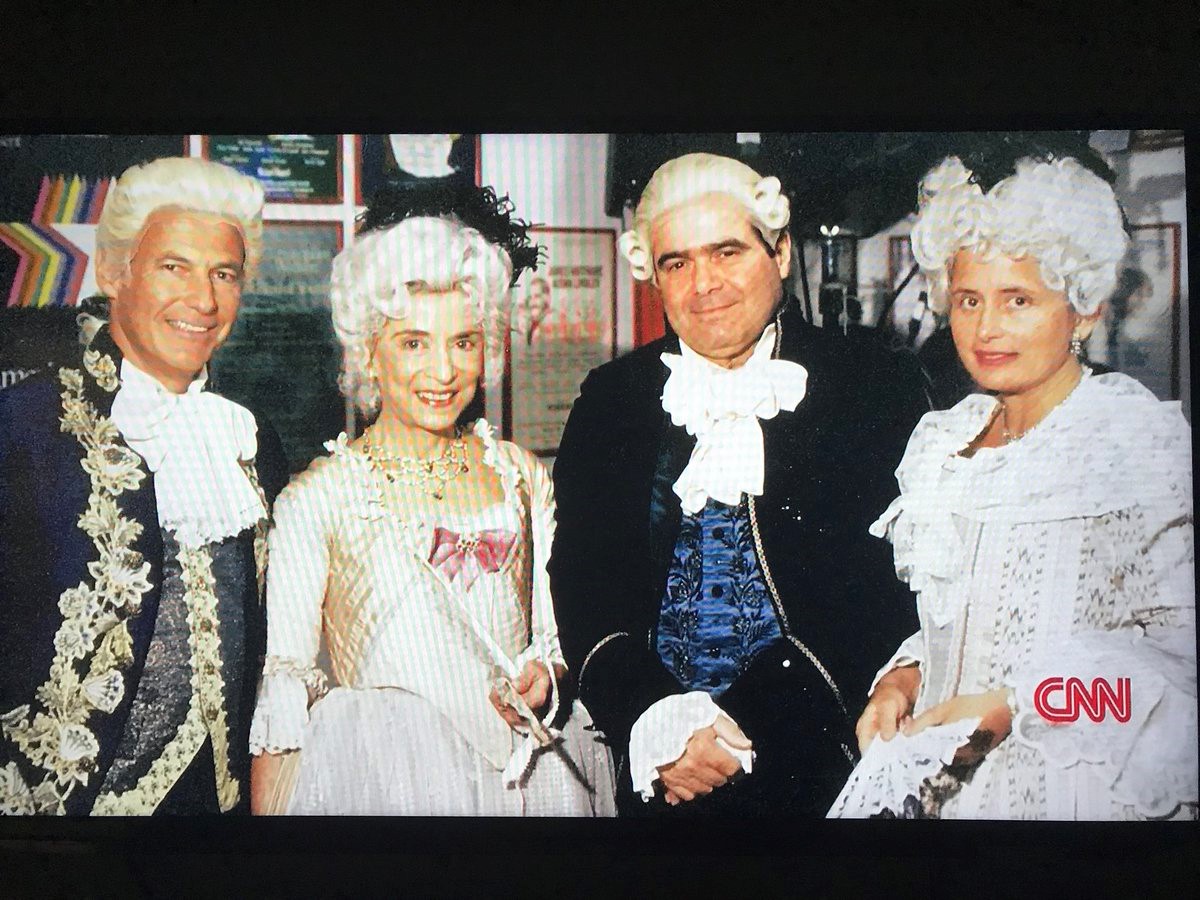 Ginsburg with Scalia attending an opera together.

The documentary does not reduce Ginsburg to just a jurist with phenomenal work ethics. It also captures other parts of her life such as her love for the arts and opera, her workout routine, relationship with family members, two-time survival of cancer and her reaction to being a pop culture icon. The documentary also captures the backlash faced by Ginsburg when she commented against trump candidacy for which she later issued an apology. 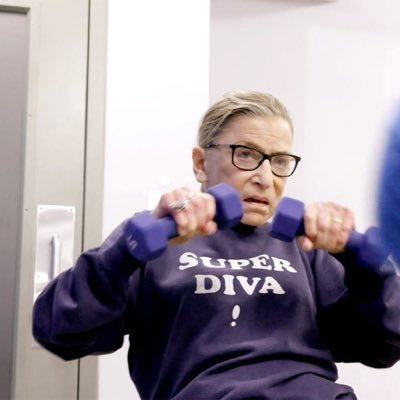 Sprinkled with humor and anecdotes, the documentary is not a critical portrait of Ginsburg but rather a homage to the life of one of the brightest minds in legal world and is a pure joy to watch.

(The author is an Advocate practising in the High Court of Kerala.)

(This is sixth in the "Law On Reels" series, which explores legal themes in movies.)