Law On Reels: "Shores Of Silence" : The Quintessence Of Environmental Activism 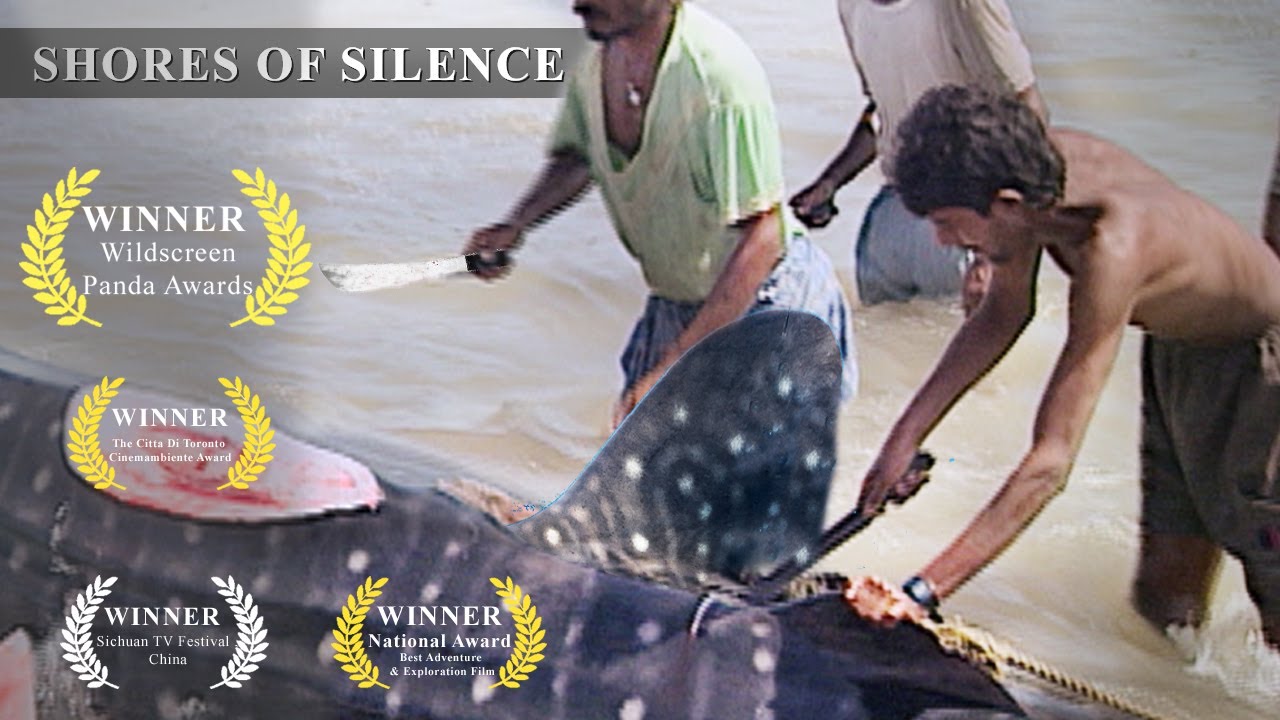 "We humans have destroyed this planet and we are the only species who can fix it"It takes some doing to understand the common frailties we humans have as a community. We've been here, on the face of the earth, for around a couple hundred thousand years and we already consider the world as our fiefdom. Does it then give us the right to exploit species that have been thriving here for millions...

It takes some doing to understand the common frailties we humans have as a community. We've been here, on the face of the earth, for around a couple hundred thousand years and we already consider the world as our fiefdom. Does it then give us the right to exploit species that have been thriving here for millions of years and to counter the natural forces that give stability to our ecosystem?

Mike H. Pandey, the creator of Shores of Silence, in his ground-breaking work, addressed the same question, he approached a potential threat to nature by bringing into the forefront the responsibilities we have as the guardians of our ecosystem.

Shores of Silence: Whale Sharks in India, a 24-minute long marine-life documentary based on the harpooning of whale sharks (Rhincodon Typus) in the Saurashtra Region of Gujarat off the coast of the Arabian Sea, tilted the lens towards a formerly disregarded issue of whale shark hunting in India.

"I remember the day when I saw them 40 years ago as I was travelling from Africa to India by ship. The magnanimous creature had caught my imagination" are the words of Mike Pandey as he starts to recite his journey into establishing the hunting regime of whale sharks across the warm tropical waters of Gujarat. It was only after an arduous three-year long journey and countless threats from the fishing mafias before he could showcase what he set out for.

What was once off the shore, was soon to become a daunting reality

"We travelled all along the Gujarat shore in all seasons for three years combing the waters and asking the local fishermen about the fish, some people had a faint idea about the "Big Fish" and some spoke of the "barrels" the oil of which, they believed, was used solely for waterproofing of the ships."

The research team would finally go on to find the fish in a small fishing village on the Saurashtra coast but what they saw, was in no stretch of imagination, less than shell-shocking.
"The harmless creatures imprinted in my memory, were being hunted down, scores of whale sharks lay on the beach hauled in to be slaughtered, and much to our surprise, the locals seemed as if nothing was amiss, as if it was just another catch". The team found out that there was a huge demand for the cod-liver oil of this giant fish and certain South-east Asian countries had a huge demand for the meat as well. The locals too, risked their lives to compensate for their withered financial situation during the off-season.

Shark hunting became rampant in the region with several fishermen capturing the mammoth fish with the most basic equipments such as iron hooks and barrels, to lift the giant creature back to the surface. The documentary-crew showcased a successful attempt at harpooning of one such defenceless whale-shark when it had come to the surface, in broad daylight, for its routine diet of planktons and nektonic organisms. The appalling visuals raised a spree of imperative issues that needed immediate redressal, the major issue being whether the commercial returns of this marine product were worth putting the extraordinary species in danger and whether it permitted a total disregard of the hunter and the hunted, both of which were at risk, one of its life and safety and the other, of indeterminate extinction.

Whale sharks, to date, are widely regarded as a solitary species that the marine naturalists are still trying to fathom. Their life span and reproduction cycles are poorly understood to date and the fact that these fishes attain sexual maturity at a very late stage coupled with the relative assumption that they produce offspring only once every few years calls for a vigilant approach when it comes to fishing or commercial rearing of these species.

Protected in most parts of the world, the whale shark continues to be a global legacy that was once, threatened only by man. For the slaughter and trade to stop, there was a need for whale sharks to be protected by the Wildlife Protection Act of 1972, which was another cardinal purpose of this documentary.

The Indian government in 2001 bought a major legislative change in response to the documentary. Whale shark was added to Schedule I of India's Wildlife Protection Act rendering the capture and killing of the fish a cognisable offence. The impact of the documentary was so immense that at first not just whale sharks but all sharks were included, thereby criminalising all shark fisheries in the country. The government eventually relented and removed the blanket ban.

Wildlife Protection Act 1972, provides for the safeguard and protection of the wildlife (flora and fauna) in order to ensure environmental and ecological security throughout the country. The protection status of various plants and animals are divided under six schedules and the Whale shark is categorized under the first schedule of the act. Absolute protection is accorded to species under the first schedule and also are prohibited to be hunted throughout India, except under threat to human life. A famous case where this was applied was when Salman Khan was sentenced to 5 years in prison for hunting a blackbuck. Anybody arrested under the first schedule of this act shall be punishable with imprisonment for a term which shall not be less than 3 years but may extend to 7 years and also with fine which shall not be less than ₹10,000 which may extend to ₹25,000 or with both. However, stricter penalties are expected to be included soon as on May 1, 2018 the drafting committee has proposed a comprehensive review of various provisions of the Act.

Internationally, the Whale Shark also received global protection due to its inclusion in Appendix II of the Convention in International Trade in Endangered Species of Fauna and Flora (CITES). CITES is an agreement between governments that regulates the international trade of wildlife and wildlife products—everything from live animals and plants to food, leather goods, and trinkets. Under Appendix II of CITES, if whale sharks are to be traded then it must be controlled in order to avoid utilization incompatible with their survival. India being one of the 183 parties of this convention has to adopt the framework provided by CITES in its domestic legislation. Furthermore, the status of whale sharks which was earlier considered as "Indeterminate" was later changed to "Endangered" in the International Union for Conservation of Nature (IUCN) Red List of Threatened Species.

However, the shark fishermen across the country are critical to the Wildlife Protection Act 1972 as it prohibits fishing of 10 species of sharks and rays. But the challenge is avoiding these 10 species while fishing for others at sea. The Species-centric approach of the act had worked for large and visible species, such as whale sharks. As whale sharks come to the surface of the water to feed on plankton, they are easy to spot and can be released if they are caught in nets. With most other sharks, however, the fishermen have no way of knowing which species will be caught and punishments would thus be unfair. It is considered that they don't bode well in terms of a conservation strategy or in terms of trying to get fishermen themselves involved in wanting to save sharks. Thus, it should be made sure that fishing communities have a voice in determining a plan for shark conservation.

Similarly, if a party violates the convention, sanctions can be imposed by CITES, which prevent a country from trading in CITES-listed species. However, sanctions are seldom imposed on countries, and the process may become very contentious. Furthermore, because CITES membership is optional, a country might opt out of the convention rather than face consequences. Thus, there is a need to strengthen international laws and manifest suggestions in national laws for better conservation of these species. 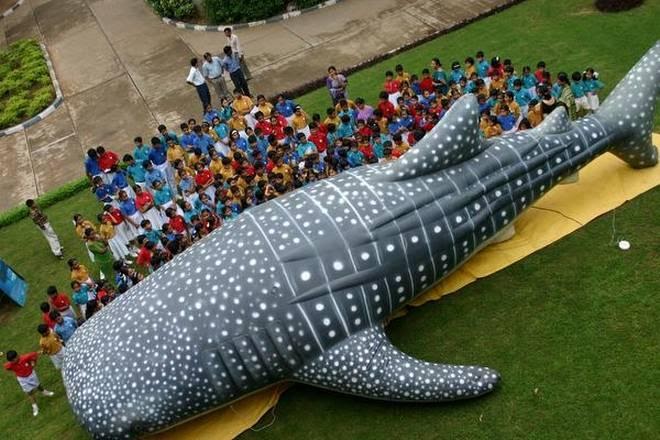 Shores of Silence, received critical acclaim for its masterful depiction of an issue that was considered scientifically implausible at a point in time. The film won 11 International Awards including The Wildscreen Panda, also known as the Green Oscar along with the 52nd National Film Award for Best Exploration Film (2004).

The documentary feature proved to be the primary catalyst in catching the public eye over an issue of utmost environmental value and helped stage several debates and discussions over the same. It immediately propelled discussions within the government and brought forward solid legislative changes which proved out to be a landmark move as it became the first marine species to be protected under Indian law.

The Film has also been greatly successful in bringing about change in the attitude of fisherfolk along the Gujarat coast who have now become their guardians. The film inspired several movements with the aim to change attitudes towards shore-visiting fishes in general, "Save the Whale Sharks" was one such movement that was launched in Gujarat in 2004 which proved successful in bringing about positive change.

John Martin, a veteran fisherman from Shankhumukham, did not think twice before he decided to cut open his shore seine net worth Rs 1 lakh to rescue the whale shark measuring four-metre long and weighing close to 1,000 kg. In a similar incident, a whale shark was caught in the net of a fishermen near Pati Sonepur in Odisha in which the locals and forest officials pushed the beached 1,500-kilogram sea creature into the Bay of Bengal and helped it swim away. Such incidences are the new normal among the coasts of Gujrat, Kerala and Lakshadweep.

Despite of all the overwhelming positives that came out of this venture, there still lies a long road ahead of us before we can instil in all our actions, the need to ensure sustenance and growth of all species, before we successfully establish the much sought-after values of convivial conservation in our actions and in our will.

(This is the twenty-fifth article in the "Law On Reels" series, which explores legal themes in movies)