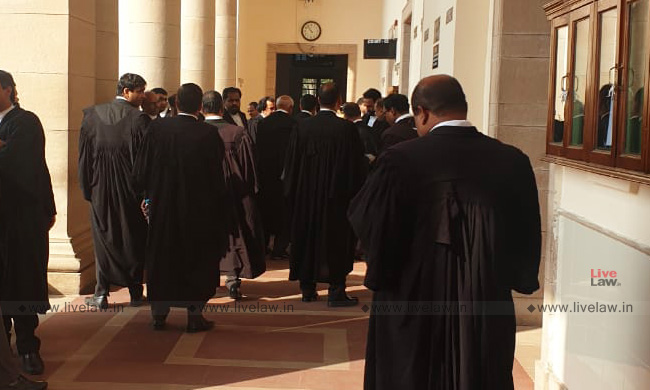 x
A good advocate helps judges realize when they make mistakes, but to the best extent possible, doesn't let the world know that the judge has erred.

I'm in my eleventh year of practice as an advocate, still very young by the profession's standards. A decade and some, being knocked about in courts across the country and even abroad. Fali Nariman calls it the "School of Hard Knocks". I've been knocked hard indeed. If words could cut visibly, I would have many bruises to show. I like to believe I've learnt a little at that school,...

I'm in my eleventh year of practice as an advocate, still very young by the profession's standards. A decade and some, being knocked about in courts across the country and even abroad. Fali Nariman calls it the "School of Hard Knocks". I've been knocked hard indeed. If words could cut visibly, I would have many bruises to show. I like to believe I've learnt a little at that school, though still young.

At law school, I learnt some law. I graduated, enrolled at the Bar, and was then told I had become an "advocate". This didn't ring any alarm bells for me at the time. In hindsight, it should have. I didn't have a clue what "advocacy" was about, and what being an "advocate" meant. At best, I could call myself a fledgling "lawyer". I knew how to read statutes and judgements, discern the principle that turned cases, and string together a logical argument of what would be the result if "the law" applied to "the facts". I thought I was rather clever. I believed, naively, that that was all there was to it. I hadn't considered the possibility that someone would disagree with me on what "the law" and "the facts" were, at least not in a way that mattered to me. I was in for some rude shocks. It turned out nobody cared one bit for what I had to say on anything. Not my chamber-colleagues, not my seniors, and certainly not those judges.

I learnt slowly, very slowly, that it wasn't enough for me have an argument. I had to have a convincing argument. But it turned out even that was not enough. I discovered that I would still lose my battles, even against other lawyers whose arguments were clearly unconvincing. Repeatedly. Ingloriously. Painfully. And slowly, I learnt that it wasn't enough to have a convincing argument. I also needed, myself personally, to be a convincing person. I had to get people to first listen to me. Then, I had to get them to take me seriously. If possible, I needed to get them to like me. Then, only then, would my convincing argument stand a shot being a winning argument. It took many years for me to learn that this process of converting a "logical argument" to a "winning one" was called "advocacy". That's why we are called "advocates". It turns out that there's only one really sure-shot way of becoming a good "advocate". That way is called "practice" and that's why we "advocates" have a "practice".

To be fair to myself, I studied at the National University of Juridical Sciences, Kolkata. My law school's motto, inscribed in tiny words in its logo, reads in Sanskrit as follows: "युक्तिहीने विचारे तु धर्महानि: प्रजायते", which is often crudely translated to mean "Judgment devoid of logic destroys Dharma". This, whilst true, is only partly true, since it emphasizes, primarily, "logic". For another part of the truth, we must look to Oliver Wendell Holmes, that famous American judge, who said "The life of the law has not been logic: it has been experience." Logic has its rightful and important place in advocacy. But experience teaches us that several other things matter. The ancient Greeks knew this too. Aristotle, in his Rhetoric, spoke of "ethos, pathos and logos" as modes of persuasion used to convince an audience. Logos is logic. Ethos refers to the distinguishing moral character of the person making the arguments. This is why we say Senior Counsel have "standing" – what we mean is that they have ethos, a special, distinguished moral character which the Bar and the Bench hold in high regard. Pathos refers to the emotional content of one's speech. It is what pulls at a judge's heartstrings. It is the sort of stuff that led judges to entertain PILs by litigants like Charles Sobhraj, a convicted serial killer, and pass judgements to effectuate prison reforms in Tihar jail. A good advocate must have ethos, pathos and logos. Closer home, and in our own times, Mr. Janak Dwarakdas, the highly respected Senior Advocate from Bombay, in a speech he gave in 2018 on "The Art of Advocacy", highlights this difference between being a "lawyer" and an "advocate". This is a wonderful speech that is available on Youtube here. I would urge everyone to watch it.

So, without much further ado, what are these small things that I have learnt? I list out only a few. At the end of this article, I point you to some good resources on the art of advocacy, both written and oral. Many books have been written on the subject, and I wish someone had told me about them in law school. The points I state below may seem extraordinarily simple, but I have learnt them the hard way. I don't know if there is an easier way to learn these things, but if there is, I hope you figure it out. The little I can do to help you along the way, is to tell you what I have understood myself. So here goes.

Let's begin with your client. He's a very important guy, but not the most important guy. He pays your bills and gives you his case. He wants you to win, and you owe it to him to try your best to win. But this does not mean that you win at all costs. This is important. I will explain what I mean below.

Now, let's come to the most important people. These are the court staff and the judges. Do not underestimate the importance of the court staff. They are the kindly people who tell you what happened in your case if you missed it. They are kind, however, only if you are nice to them. Smile at them. Even if they think you're a bit off your head.

That leaves the judges. But before we get to the judges, I'll remind you of something very important.

You are an advocate. An advocate is bound by rules. More importantly, you are bound by honour. You must act honourably at all times. Even when no one is watching. Especially when no one is watching. You must not lie. To your client. To the court. To anyone. Never, ever lie when at work as an advocate. Don't be a shyster. Just don't do it. Instead, work hard, research well, write a good brief, and be fully prepared for your hearing. These are the basics. I will assume that you have learnt to do most of this well at law school and the "not lying" bit from your mother. This is the least you owe your client, no matter how much or how little he pays you. I do not discuss written advocacy here.

Now, to the judges, and more generally, the Court. This is what I have learnt about judges and courts.

Firstly, one learns that courts both have power of their own and limit the power of others. To advocate well to a court, you must acknowledge that it has power over your client. Your job as an advocate, then, is to convince the court to exercise its power a certain way. You must convince the court that your way is the best amongst the various options before it. Notice that I said the word "power" thrice and even underlined it. This is because understanding how "power" works is fundamental to your job as an advocate. Introspect on this. We must learn to "speak truth to power". But this leads us to a second problem.

Judges have their own instincts about what the law is and what the truth is. They are confident, experienced, and very clever men and women. They are judges for precisely those reasons, and their truth and instincts are very real to them. An advocate who hopes to convince the court of a different truth, must do so tactfully. Good advocates convince the court with the least friction.

Thirdly, we like to believe that judges are entirely rational and logical. But often, they appear to arrive at decisions first and rationalize them later. Good advocacy then, helps to sway a judge first emotionally, and then lays down the easiest logical route to support that emotion. Note that I said "easiest" logical route. Good advocates don't make convoluted arguments unless left with absolutely no choice. No one cares if you're very smart. You're not important. Yes, you heard that right. You, advocate, are not important. Your case is important, your client is important, land the court is most important.

Fourthly, you know starting out that some of your cases are hopeless ones. Your job in these cases is then, not to secure an impossible win using dishonourable means. It is to make traction. To move the judge a little now, so that he may perhaps be moved further another day.

Fifthly, and lastly, judges are human. They like praise when they do things right. They dislike being told they are getting things wrong. A good advocate helps judges realize when they make mistakes, but to the best extent possible, doesn't let the world know that the judge has erred. The worst thing, the absolute worst thing you can do as an advocate, is to appear cleverer than the judge. This is especially true if you are indeed cleverer than the judge (which, by the way, you never are).

That's it. It's that simple. Now, I recommend just two books to read on Advocacy to begin with. They are:

1. Devil's Advocate – A spry polemic on how to be seriously good in Court by Iain Morley QC (for oral advocacy)

2. Bryan A. Garner – The Winning Brief (for written advocacy)

I hope you have an enjoyable time learning how to do advocacy. Actually, I rather hope you will have a terribly, horribly painful time. Because, then, I know you would have learnt it well. And remember this always. In most Indian courts, "good advocates" get the Court to "Notice". But "great advocates" get the Court to "Notice and Stay".
(Goutham Shivshankar is an Advocate at the Supreme Court. He tweets @gousgame)
TagsAdvocacy Legal Profession Legal Practice
Next Story
Similar Posts
+ View more
Law Firms
+ More