Learning At Law School – Of High Tables And Floors 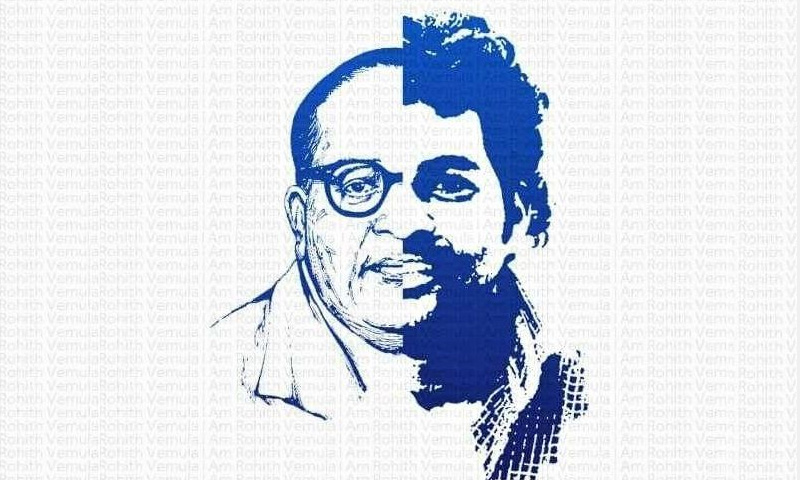 When I was a child, my neighbour used to feed my brother and me whenever my parents went to the village. She would invite me home for food. I would sit on the floor; her entire family would sit at the table.Bahujan scholar and poet Omprakash Valmiki described in his biography, his father's insistence on him pursuing a higher education, despite knowing fully well of the discrimination that his...

When I was a child, my neighbour used to feed my brother and me whenever my parents went to the village. She would invite me home for food. I would sit on the floor; her entire family would sit at the table.

Bahujan scholar and poet Omprakash Valmiki described in his biography, his father's insistence on him pursuing a higher education, despite knowing fully well of the discrimination that his son would inevitably face. A child who had already faced such discrimination from primary school, was hence burdened with the expectation of a higher education, with the belief that it was the only route to ridding himself of caste.

I am a Chamaar. This is not an identity that I have ever shied away from. While some of you would expect me to identify as a 'human' first, I want to assure you that the society at large has made sure that I don't forget which caste I belong to. In my time at Law School, as I have gone from identifying as a Chamaar to identifying as a Dalit-Bahujan, I have always embraced the one part of my identity meant to keep me down. As I write today, however, I offer a small glimpse into a journey, familiar to some and incomprehensibly unfamiliar to others.

Much like Omprakash Valmiki, my parents too, harboured dreams of escaping caste. Escaping, however, comes at a price. The price of an education, was sacrificing a house. To send your son to the best possible school, you had to sacrifice the down payment that you could have made on a home. With each tier of education coming at a greater cost, the sacrifices would mount and my parents would make them; because at the heart of hearts they shared the same vision of Dr BR Ambedkar and Omprakash Valmiki. They (and I) genuinely believe that a higher education is the only avenue for one to rid themselves of caste.

I joined Law School in 2015 but my journey began 2 years prior, when I prepared and wrote the CLAT in 2014. Back then, I had gotten a score which would have seen me enter RMLNLU. Determined to improve and make it to the best possible Law School, I rewrote in 2015 and sat stunned as I checked my results at 2AM in the morning. I had secured an AIR of 333. I was dejected. I really thought I could have done better.

In the morning I rang up one of my closest teachers who had helped me with my preparation and informed him that I had gotten an AIR of 333. Being the supportive man that he is, he was delighted. He congratulated me on my effort and told me it was a result of my hard work. Almost as an afterthought, I informed him of my AIR SC Rank 2. He was ecstatic. He yelled in joy and said my entry into NLS was certain. Here is when I was caught in my first dilemma. I expressed to him my doubts about joining a college based on my SC Rank and instead simply accepting a college as per my General ranking. The words he said then fuel me to this day. He said "If you don't go, the seat will be offered to a child who might not be able to bear that pressure and drop out. Remember, you don't go there for yourself, you go there for your people; as a guiding light for those students who can look up to you and follow you in the same footsteps."

Truth be told, these footsteps haven't been easy. Each step through Law School has thrown up challenges reminiscent of the inequities that exist outside. But after an unlucky streak of two year losses, it is these words which prevent me from dropping out like so many other Dalit-Bahujans, and kindle my hope of graduating from this institution with all the knowledge that I came to gather.

The pursuit of knowledge here, however, seems particularly strange through the lens of a Dalit-Bahujan man. On a campus that boasts equality campaigners in all corners of its settlement, I continue to witness, with each new batch of students, similar incidents of caste-based slurs, "debates" on why "economic reservations are the solution" (this from those joining our LLM and MPP programs) and a culture of discrimination that only serves to remind individuals of their place in the socio-economic hierarchy.

When Valmiki's father insisted on his pursuit of higher education, the forms of discrimination that he feared may have been different. But in the second decade of the 21st century one can be certain that the perpetrators, then and now, draw from the very same well. Incidents of discrimination, against an individual, only hasten the collective reliving of a community's historical inferiority complex – of not speaking good enough English, of not being able to understand complex concepts in one go, of not "fitting in" to elite cliques, of not knowing how to compile presentable projects, of not clearing exams.

In the initial days of college, a group of students sitting in their hostel rooms were discussing the marks of the first test of Legal Methods. In the course of the conversation one of my batch mates very casually remarked "Yaar, yeh SC kaise aajate hain iss college mein?" ("Dude, how do these SCs come into this college?"). One hopes that the men present have changed their views over the years, however, the impact that one such statement has on its listeners can persist for years. After all, we were all just first years who wanted to hang out, but from that moment on we would always be reminded that in their eyes our existence would simply never measure up. One day you are a proud member of India's premier law school, and the other you are just another Dalit who got in through reservation.

The way higher education is portrayed as a route to salvation, one often forgets that those they meet on this journey are a product of the same patriarchal, brahmanical caste-based society that exists outside. For all those who forget, however, incidents like these serve as a reminder.

When I came here, education was my primary aim. I started to participate in practice debates because I wanted to speak in English and make sense at the same time. I wanted to participate in class so I tried to contribute. Prof. Elizabeth (aka Lizzie) encouraged everyone to engage and debate in class. Even though the first 3 weeks of History were Latin to me, I started to relate heavily to the lecture on "Society and the Individual" from the "What is History" component. It was here when I first tried to speak in class a few times while seated at the back of the side rows, all the while anxious of being made fun of. Over time, I slowly gained in confidence and my engagement in class increased, till one fine day, I got stuck trying to formulate a sentence and a batchmate of mine looked at me and smirked. That was it. All that effort into building myself up, deflated. The said person later joined the Law and Society Committee. Little did I know that in my second year, I would face the same kind of deflation, only this time it would be at the hands of a Professor, who would use his privileged position, to mock me for the class's entertainment.

Trust me. It breaks you. Being made fun of for struggling with a language you weren't exposed to because your parents only spoke to you in either Bhojpuri or Hindi. It cuts at your self-esteem and stabs at your confidence. It effectively kills your sense of curiosity and robs you of your ability to participate. And yet. And yet, it doesn't break you like you may think it does. It may break your heart, but it does not break your spine. One keeps marching forward towards that goal that is graduation, because one does not walk this path for the benefit of caste perpetrators but towards their direct detriment. Once again, one hopes these people have changed, but the fact that the said Professor continues his antics, doesn't leave me feeling very optimistic. The certainty with which people say "Arey, people develop sense while they stay here" can only emerge from those unaware or intentionally blind to how deeply ingrained this mentality is in our institutions.

Academic achievers, and discourse creators keep discussing how caste-based discrimination has either vanished or radically reduced with the onset of education. As someone who studies at the premier centre for legal instruction in the country, I would like to categorically disagree. Caste discrimination has merely evolved into discrimination by other means. Language, clothing, taste in music or your consumption of pop culture, each act as a proxy for your socio-economic location. While the cliques that form around these may seem banal, they represent a much deeper divide.

When you enter they ask you your rank, and then look at you with pity. When you speak English they mock and they jeer. Little do they know that their "merit" is bought by money and their rank by a historic access to resources. Their spoken English reeks of condescension and their debates uplift none. Their pretence of inclusivity dies when they shoot down someone for speaking Hindi, and again, when their moot courts "groom" and "polish" the pre-polished selected for "grooming" and "polishing".

The table from my childhood seems to have persisted to my present.

The only difference is,

When I was a child, I ate on the floor.

I will sit on the floor no longer.

The author Abhishek Asha Kumar is a Student from Batch of 2020, NLSIU)

It is first published in The Quirk which is the student-run magazine of the National Law School of India University, which serves as a chronicler of law school experiences and provides a platform to push the boundaries of discourse at NLS and the wider world around)

The Cover Picture is also taken from The Quirk

You can read the original piece here