Liberties Are At An End 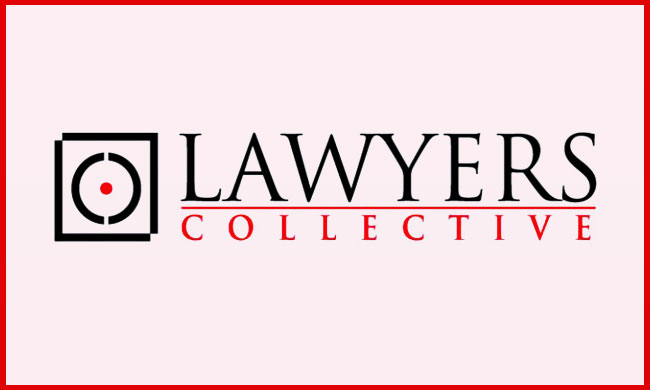 x
"I will for ever, at all hazards, assert the dignity, independence, and integrity of the English Bar, without which impartial justice, the most valuable part of the English constitution, can have no existence. From the moment that any advocate can be permitted to say that he will or will not stand between the Crown and the subject arraigned in the court where he daily sits to practise, from that moment the liberties of England are at an end". --Thomas Erskine, 1792, address to the jury defending Thomas Paine

It was the year 1792. Thomas Paine published the second part of the Rights of Man. His support for the anti-monarchical sentiments of the French and American Revolution infuriated the ruling establishment in England. Paine fled England and he was tried in absentia for seditious libel. Contrary to the opinion of the polite society of the time, and the lynch mode of the general populace,...

It was the year 1792. Thomas Paine published the second part of the Rights of Man. His support for the anti-monarchical sentiments of the French and American Revolution infuriated the ruling establishment in England. Paine fled England and he was tried in absentia for seditious libel. Contrary to the opinion of the polite society of the time, and the lynch mode of the general populace, England's most eminent barrister Thomas Erskine rose to defend the man whose thoughts on liberty were translating itself into human freedoms into many a free constitutions. 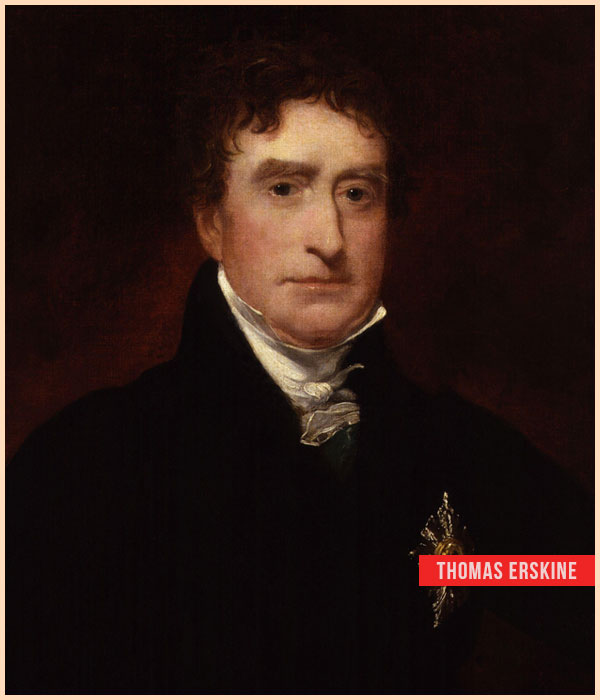 The quoted words were a grand opening address to the jury which has remained etched in stone for the future generations of lawyers and judges. The winds of time have neither erased the memorable text of his splendid oration or its invaluable and timeless message for lawyers and judges. Neither personal danger nor the imminent loss of the coveted post of Attorney General deterred Erskine.

Legend has it that one of the most eminent counsel, while arguing the celebrated Habeas Corpus case in the Supreme Court, recounted a telling joke about dynamics of a prosecution in a totalitarian state. One day Joseph Stalin found that his box of Havana cigars was missing. He immediately summoned the Pavlovich Beria, the KGB chief. He wanted the person who stole his cigars arrested and also his box of cigars retrieved in 24 hours. Beria returned the next day and with much trepidation told Stalin, "we have not found the stolen box of Havana cigars. We also could not find the man who stole it. But we have arrested and detained 6 men who have confessed to have acted in conspiracy to steal your cigars."

BHIMA KOREGAON AND ITS FALLOUT

From June 2018, ten of the most brilliant minds in the country pursuing the rights of man, found themselves in the tragicomic situation of the six men arrested in the Stalin cigar joke. Unfortunately for them this was a Kafkaesque reality which stared them in the face. This list is a virtual who is who of academics and social activism in India: Sudhir Dhawale is a writer, activist and Mumbai-based Dalit rights activist; Surendra Gadling is a lawyer and an expert on Unlawful Activities (Prevention) Act and Forest Rights Act; and from Nagpur, Mahesh Raut, who works on displacement issues from Gadchiroli; Shoma Sen, a retired university professor and former head of the English literature department at Nagpur University; Rona Wilson, a Delhi-based prisoners' rights activist; Arun Ferreira is a rights advocate; Sudha Bharadwaj is a Harvard decorated lawyer, who renounced her US citizenship working for civil rights and is also the general secretary of PUCL; writer Varavara Rao is an eminent poet, literary critic and journalist; and Vernon Gonsalves is an academic who extensively taught in Mumbai's prestigious colleges.

They have been accused amongst other things of the overthrow of the state. The attempt to link them to the Elgaar Parishad, a function held on 31st December 2017 to commemorate the 200th anniversary of Bhima Koregaon battle held in 1st January. Sudhir Dhawale readout Bertolt Brecht's Good Person of Scechawan. The others arrested had no role to play in it.

For the Koregaon accused, it is a daunting prospect. Oscar Wilde writing from Reading Goal wrote, "every trial is a trial for a man's life". For the ten Bhima Koregaon activists arrested, this will be the trial which will engage their lifetime. Unlike the trial of Paine (which lasted 19 months) and trials in the developed world (in the United States the average is 12 to 14 months), this might take a decade.

In India, the criminal prosecutions can be made to crawl at the will of the police establishment. In most cases reprieve from incarceration will be frustrated, no matter the absurdity of the charges or the inability to produce any evidence. Kobad Gandhi was arrested with much fanfare and tried unsuccessfully for similar offences for 8 long years. 3 days after he was finally released, he was arrested again on another FIR. In the United States, the District Attorney will lose his job or his political ambitions will be set at naught for a misconceived prosecution.

Here nothing really needs to happen except fleeting criticism in the media many decades after the event and after much of a life is spent in incarceration. The Bhima Koregaon is now stuck in a predictable procedural quagmire. The prosecution has not turned over the electronic evidence despite 60 hearings. It was not filed with the chargesheet nor produced during the bail hearings and the prosecution is taking its time to give the crucial evidence in their possession. 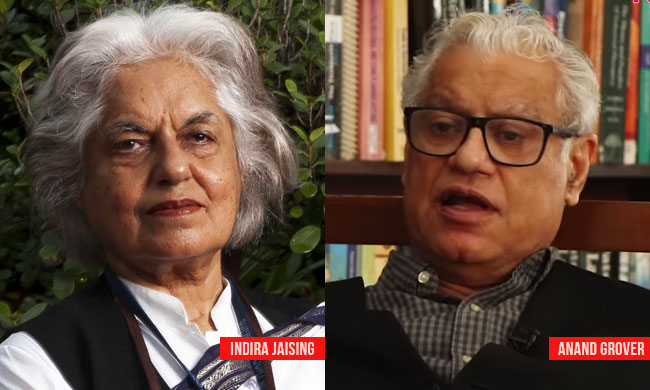 Indira Jaising and Anand Grover, like the many eminent lawyers Abhishek Manu Singhvi, Yuk Chaudhary, Mihir Desai, Susan Abraham, Rohan Nahar, Arif Siddiqui, R. Satyanarayan and scores of other brave members of the Bar, chose to appear for the Bhima Koregaon activists. Both Jaising and Grover have in the great traditions of our bar, spent a lifetime making our living Constitution work for the living. They have represented where many fear to tread. They have regularly appeared for the forgotten and those out of the zone of consideration of state and society. They have made the living Constitution pierce not just the walls of prisons and but also the walls of prejudice, hate, bigotry and xenophobia. After the decision of the Supreme Court in Navtej Singh Johar, a gay activist emotionally recounted how the couple helped him escape the mobs at the height of the xenophobia surrounding HIV victims.

In this dysfunctional situation, the stellar dissent in Romila Thapar v. Union of India, which took the free world's press by storm, laid the groundwork for an integral roadmap to calibrate the criminal administration system to bring it in tune with constitutional morality. The words ring out the urgency of our times to make justice real in real time "Equally, the Court has to be vigilant in the exercise of its jurisdiction under Article 32 to ensure that liberty is not sacrificed at the altar of conjectures. Individuals who assert causes which may be unpopular to the echelons of power are yet entitled to the freedoms which are guaranteed by the Constitution. Dissent is a symbol of a vibrant democracy. Voices in opposition cannot be muzzled by persecuting those who take up unpopular causes." Despite the resilience of unjust and persisting aberrations, there has been no similar unified judicial voice or response.

The Chief Justice Ranjan Gogoi delivering the Ramnath Goenka address spelt out the dichotomy, "the aspirational aspect of the Constitution and the operational aspect of the Constitution will always be two different notions". He emphasised, "But, the fact of the matter is that if we have to take stock of how we have fared – and about seven decades later since we ventured into becoming a Constitutional Order, this appears to be an opportune time to do so – we might as well do it comprehensively." 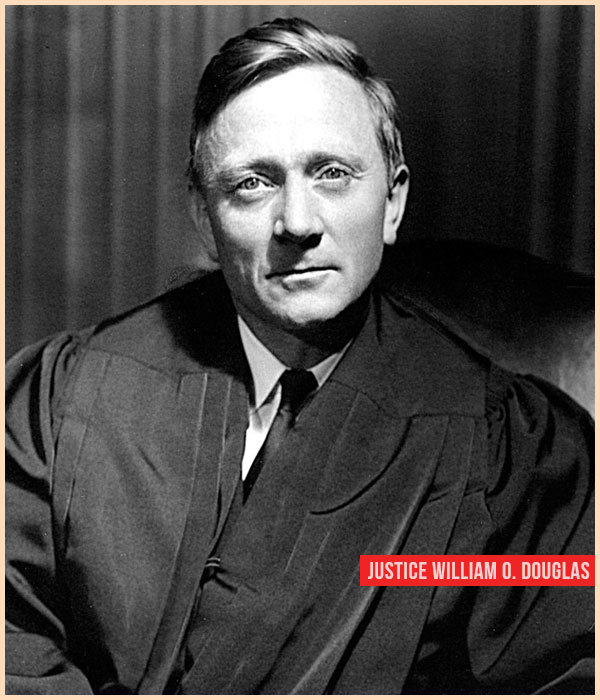 On this day in the lives of this husband and wife duo, one can perceive what they are going through in the words of the finest of the liberal judges of the Supreme Court of the United States, Justice William O Douglas:

"As a result of Nixon's instructions to the FBI and the CIA, hundreds of documents concerning me were turned over to the house. The tempo quickened in the executive branch, so that some 40 federal agents spent an amount of time investigating me in equivalent to one-man working 15 years for eight hours a day.

It is easy to make a charge against a public official and put him to the test of defending himself. But when the accuser is the federal government itself with all its resources behind it, the person attacked is at a tremendous disadvantage. It costs money, and a lot of it, to transport eight lawyers across the country, put them up at hotels, pay telephone calls and all incidentals necessary to do the work. Over and above all that, there is the question of compensating the lawyers… That raised a staggering problem as to how a salaried person can afford the luxury of these long-range investigations."

BEARING THE CROSS FOR FREE SOCIETIES

The lawyers from time immemorial have had to bear the cross for maintaining free societies. When Mark Anthony seized power in 49 BC, his men hunted down the greatest lawyer of all times- Marcus Tullius Cicero. The story repeats itself in every age. The events in democratic Turkey reveals the tenuous grip of the Constitution and its institutions in sustaining a democracy. The UN human rights council has been alerted about the arbitrary dismissal of 4,260 judges and prosecutors of which 634 were convicted on terrorism charges by a plethora of bodies like the International Bar Association's Human Rights Institute, the Bar Human Rights Committee of England and Wales, Lawyers' Rights Watch Canada, the Paris Bar Human Rights Institute, the European Association of Lawyers for Democracy and World Human Rights, the Human Rights Committee of the Norwegian Bar Association, and other legal organizations. Simon Davis, the president of the Law Society of England and Wales, said: "Judges' and prosecutors' independence has been systematically undermined..and lawyers who can still practise report intimidation and threats". 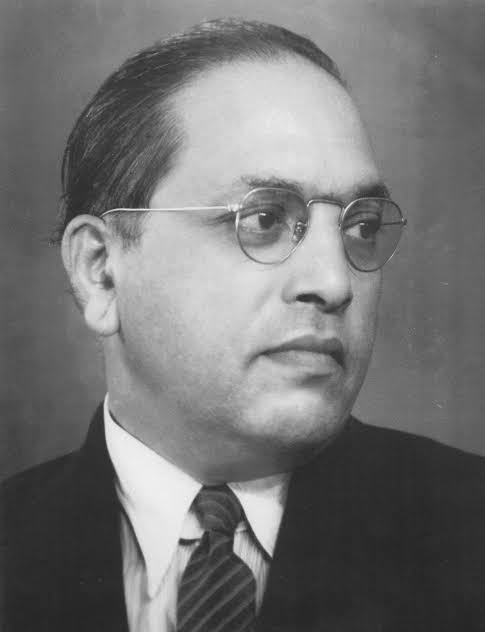 "There can be no difference of opinion in the House that our judiciary must be both independent of the executive and competent in itself":Dr.Ambedkar

It is this fragility of a democracy which made Dr. B.R. Ambedkar canvass for the non-negotiability of judicial independence. When addressing the Constituent Assembly he said, "there can be no difference of opinion in the House that our judiciary must be both independent of the executive and competent in itself".

This is not just the issue of Indira Jaising or Anand Grover alone. It is the issue which involves everyone who are working the constitution at many levels, be it the bench or the bar. It would not be out of place, lest we have forgotten, to recount the events of June 1975. Atal Behari Vajpayee, L.K. Advani, Subramanium Swamy, Madhu Dandavate and many stalwart leaders of the time were arrested under the Maintenance of Internal Security Act. The finest brains at the bar M.C.Chagla, Soli Sorabjee, K.K.Venugopal, Santosh Hegde and many others, fearlessly argued for those detained. It is the same democratic constitution we are working under today. Unless the lawyers have the freedom to represent causes and persons fearlessly and judges are enabled to judge independently, our constitutional liberties are at an end. 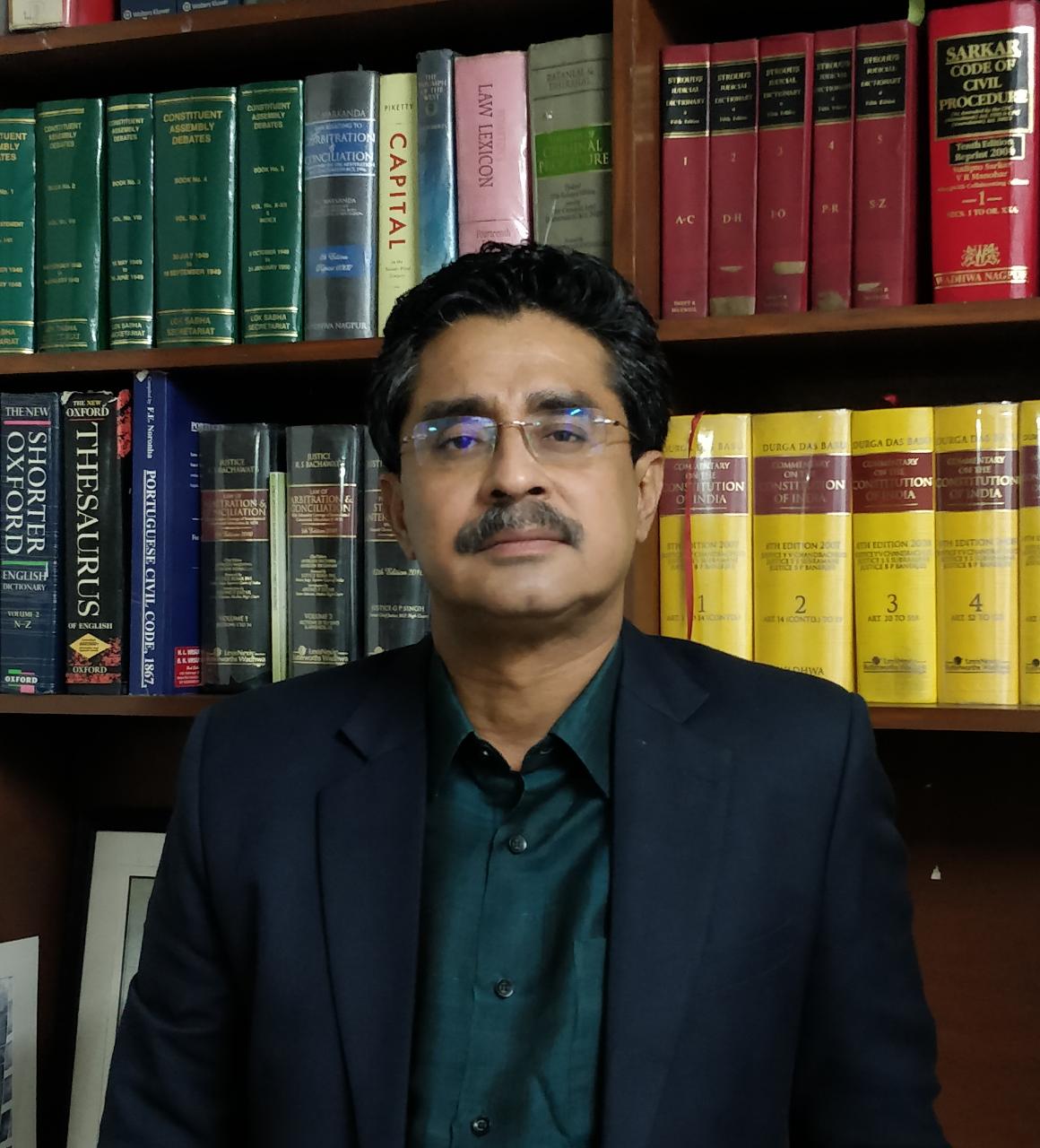 Santosh Paul is a Senior Advocate practicing in the Supreme Court of India.