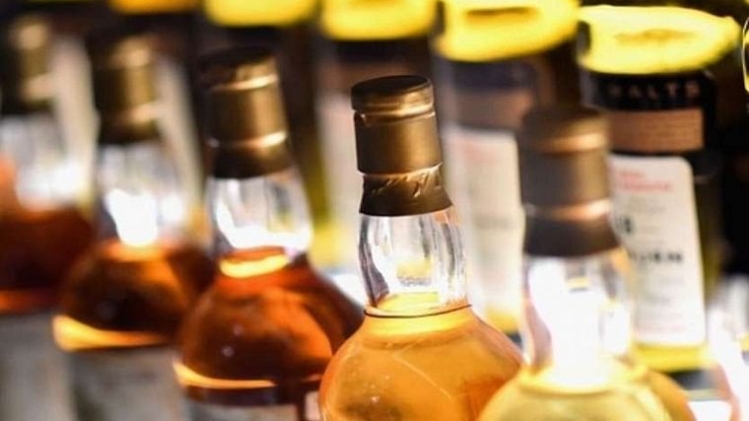 The relaxation of lockdown norms has led to expectedly long lines outside liquor vends throughout the country. In order to cash-in on the demand, and perhaps in a bid to shorten the queues, state governments have put in hurried mechanisms to impose additional taxes on the sale of alcohol. Almost overnight, the price of liquor went up by 75% in Andhra Pradesh and by 70% in Delhi....

The relaxation of lockdown norms has led to expectedly long lines outside liquor vends throughout the country. In order to cash-in on the demand, and perhaps in a bid to shorten the queues, state governments have put in hurried mechanisms to impose additional taxes on the sale of alcohol. Almost overnight, the price of liquor went up by 75% in Andhra Pradesh and by 70% in Delhi. The Punjab government is mulling a similar measure.

Despite its unquestionable importance as a source of revenue, Indian society as indeed Indian law has had an ambivalent relationship with alcohol. This piece attempts to examine the debates regarding prohibition in the Constituent Assembly and the Supreme Court's invocation of the doctrine of 'res extra commercium' to the sale of alcohol. Lastly, it argues that the imposition of a "special corona fee" on sale of liquor in Delhi is impermissible under the scheme of the Delhi Excise Act.

Prohibition and the Constituent Assembly

India is generally regarded as a 'dry culture'. However, historical studies show that the tradition of abstinence is of recent vintage. When the British colonized India, most of the population – barring the upper-caste elite had a relatively relaxed attitude towards drinking. Two factors changed this outlook. The rapid industrialization in the 19th century led to an improvement in the economic condition of the lower rungs of the caste-hierarchy. According to MN Srinivas, many of them in turn sought to change their dietary practices, in order to acquire higher social status. As a result, they embraced upper-caste norms of vegetarianism and abstinence from alcohol.

Around the same time, the colonial government enacted a license regime to allow the mass production of alcohol. As more distilleries came up, traditional alcoholic beverages were replaced by liquors such as whisky and rum. Amongst those who had continued to drink, the easy availability of alcohol led to more drunkenness and crime. Gandhi and the nationalist movement were able to stigmatize the drinking habit as foreign to India. According to Gandhi, prohibition was a patriotic pursuit that was to be followed even as Indians fought for independence.

The original draft of the Constitution did not provide a provision for prohibition. It was only in November, 1949 – during a debate on the final draft, that the demand for prohibition was vociferously made. Prohibition was first sought by the Gandhians. They were joined in their demands by the Hindu conservatives and the Muslim League. All three factions invoked the name of Gandhi.

B.H. Khardekar an independent member from Kolhapur-cum-Satara and Jaipal Singh, independent member from Bihar were the only two voices against Prohibition. Khadekar invoked Harold Laski to argue that "prohibition goes against the very grain of personal liberty". Jaipal Singh argued that prohibition interfered with the religious rights of certain groups in the country. He cited the example of consumption of rice beer by Adivasis and requested the assembly to not take up the matter until the advisory committee had made recommendations on the Scheduled Tribe areas.

The debate on prohibition was happening a few months after Gandhi's assassination. As a result, Khandekar and Singh's calls to reason did not stand against Gandhian rhetoric. The Constituent Assembly included prohibition as one of the directive principles of state policy. However, states were left with the power to regulate the sale of liquor.

The Indian Supreme Court and the Right to Liquor?

Challenges to various prohibition regimes reached High Courts and the Supreme Court soon after the Constitution came into force. One of the first challenges to the prohibition regime in India was filed by a Parsi – Fram Nusserwanji Balsara. Rohit De's 'A People's Constitution', describes the hearings before the Bombay High Court as a celebrated public event. The court was packed during the hearings and the proceedings received detailed coverage in the press. The Bombay Chronicle reported that there was a large crowd outside the High Court on the day of the judgment. A crowd had also gathered at the Poona Railway station, awaiting the evening newspapers that would report the decision. In public imagination, the case was never simply about Balsara's rights, it was an event in which everyone had a stake.

Balsara's case registered in the consciousness of the legal profession as well. Mr. Soli Sorabjee recalls witnessing the proceedings where Mr. Noshirwan Engineer appearing for Balsara, famously told the Bombay High Court that "a republic without a pub is a mere relic." The case ultimately reached the Supreme Court where Balsara was only partially successful. However, this set the tone for further legal challenges.

The law as it stands today was formulated by the Supreme Court in State of Bombay v RMD Chamarbaugwala. Chamarbaugwala concerned a challenge to a 1952 amendment to the Bombay Lotteries and Prize Competitions Control and Tax Act, 1948. The Petitioners contended that the amended act was violative of their fundamental right to trade guaranteed by Article 19(1) (g). The contention was rejected by the Supreme Court. The Court held that gambling had been seen as "sinful" and "pernicious" in Indian society. Such activities could not possibly have been intended by our Constitution-makers to be made the subject-matter of a fundamental right guaranteed by Article 19(1)(g).

Justice SR Das in his Judgment in Charambaugwala introduced the doctrine – "res extra commercium" to Indian jurisprudence. The doctrine holds that purportedly immoral activities such as gambling and the sale of alcohol do not come under the ambit of the right to carry on trade and business under Article 19(1) (g).Thus, regardless of how onerous or unjust regulations on such activities are, these restrictions cannot be challenged in Court on the basis of an Article 19(1) (g) violation. In fact, Constitutional Courts have refused to recognize these activities as trade, choosing instead to term them "traffic". The doctrine was applied to the sale of liquor in Nashirwar v. Madhya Pradesh and has held the field ever since.

Is there a place for the doctrine in Indian Law?

A detailed examination of the applicability of the res extra commercium doctrine to Indian law is beyond the scope of this piece. However, it is safe to say that if the framers of the Constitution intended to exclude certain liberties from Article 19(1) (g), such exceptions would have been enlisted in the constitution. The Constitution contains no such list. Instead, the State list has specific entries for gambling and sale of liquor. This being the case, there seems no basis to conclude that supposedly pernicious activities were beyond the freedom of trade clause of the Constitution.

Mr. Arvind Datar and Mr. Shivprasad Swaminathan have noted that while invoking the doctrine of res extra commercium, Justice Das, drew inspiration from the doctrine of 'police powers' as propounded in US Constitutional law. Police Powers enable the states to regulate behaviour and enforce order within their territory for the betterment of the health, safety, morals, and general welfare of their inhabitants

At the time Charambaugwala was delivered, at least four Constitution Benches (AK Gopalan, Dwarkadas Shrinivas, Chiranjit Lal Chowdhuri and Subodh Gopal Bose) had expressly rejected the applicability of this doctrine to the Indian Constitution. Justice Das's own attempt to introduce the doctrine in Chiranjit Lal Chowdhury was criticized by other members of the bench and by a subsequent bench in Subodh Gopal Bose.

Subsequent judgments like Nashirwar, Har Shankar and more recently Devan's breweries have recognized that res extra commercium is an extension of the police power doctrine. However, none of them have adverted to earlier precedent rejecting the application of the doctrine to the Indian scheme.

The Legality of the 'Special Corona Fee'

Late Monday night, the Lieutenant Governor of Delhi (LG) issued a notification amending Rule 154 of the Delhi Excise Rules. By this amendment, the LG has imposed a 'Special Corona Fee' on the sale of liquor in Delhi. The fee is pegged at 70% of the maximum retail price and is applicable on all categories of liquor sold through retail licensees for consumption "off" the premises.

The notification does not specify a reason for the imposition of the fee. It would seem that it is two-fold. First, to control the crowds that gathered by the thousands after liquor shops were opened. And second, to make up for the revenue that Delhi lost during the lockdown. Well-intentioned as it may be, the imposition of the Fee is against the provisions of the Delhi Excise Act and the rules made thereunder.

Article 265 of the Constitution provides that no tax can be collected without the authority of law. The Delhi Excise Act, 2009 forms the legislative framework within which alcohol is sold in the NCT of Delhi. Under Section 26 of the Act, - Excise revenue can be levied and recovered under four heads. These are "duty", "license fee", "label registration fee" and "import or export fee". Section 27 (2) of the Act provides that fees can be levied for "terms, conditions and form of, and duration of, licence, permit and pass." The Act does not envisage the levy of any "special fee", as has been done in this case.

Section 81 of the Act that has been relied on in the Notification merely contains the Government's rule making powers. It is well-known that executive rule making can supplement, and not supplant legislation. Such power cannot be used to widen the purpose of the act, or to vary its terms. Simply put, a new head of excise revenue cannot be inserted vide an amendment to the rules. The Supreme Court in Kunj Behari Lal Butail, the Court dealt with the provisions of Himachal Pradesh Ceiling on Land Holdings Act, 1972 and the rules framed thereunder. S. 5 of the Act exempted Tea Estates from its application. However, the same were brought under the purview of the act vide the Rules made thereunder. The said rule was struck down for being beyond the rule-making power of the state. The Court held that the delegated power to legislate by making rules could not "be so exercised as to bring into existence substantive rights or obligations or disabilities not contemplated by the provisions of the Act itself."

The Monday notification brings into existence substantive obligations of the kind the Supreme Court deemed illegal in Kunj Behari Lal Butail's case. Given the position of law, it is hard to see how the imposition of the "Special Corona Fee" is legal. One must clarify here, that the State Government does indeed have the power to vary the duty or the fee that it imposed on sale of liquor. However, such a power has to be exercised in conformity with the statutory framework. This has not been done in this case.

A challenge in court will be interesting to observe, and throw up a multitude of important legal questions. However, given our Judiciary's attitude of deference to the executive action in relation to Covid-19, one shouldn't keep their hopes too high.

"The author is a Delhi-based advocate. The author would like to thank Adv. Pratiksha Mishra for help with this piece, and in general. He can be reached on [email protected]".