Consent, Rape, And Marriage: What Is India Doing? 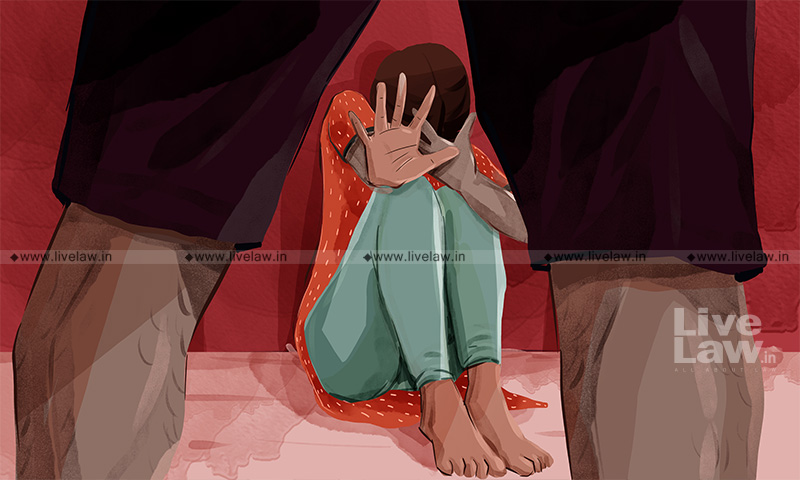 In 1887, an 11-year-old child bride, Rukmabai was married off to19-year-old Dadaji Bhikaji. Rukmabai's mother decided that Rukmabai must continue to stay with her and educate herself. This was a time when child marriages were rampant and no one dared to speak about marital rapes because of the piousness of the institution of marriage. In 12 years, Dadaji Bhikaji filed a suit for restitution of Conjugal rights but the Court ruled in favor of Rukmabai citing her inability to give free consent to the marriage, a reason for marriage being void. This incited backlash, mainly from upper-caste Hindu men who could not digest the idea of an English judge meddling in Hindu customs and traditions. After intense debates on the subject, the court was forced to overturn its judgment and even imprison Rukmabai for 6 months if she did not cohabit with her husband. The case created so much furor that it finally reached Queen Victoria who then overturned the judgment and dissolved Rukmabai's marriage.

In another case in 1889, Phulmani Dasi, a 10-year-old child bride died because her 35-year-old husband raped her. And cited his right to have sex with his wife according to the contract of marriage. The government at the time tried to bring the age of consent bill but the bill faced severe opposition from many upper-class Hindu sections and Bal Gangadhar Tilak was one of its vehement opposers just because he believed that the British had no right to meddle in Hindu traditions and customs.

These two incidents that happened more than a century ago are imperative in our understanding of why India has still not criminalized marital rape. What are these traditions and customs that if not saved and continued, will shake the foundations of society? And why do they consistently benefit only one section of society? India is one of the few 36 remaining countries in the world which has not criminalized marital rape although it is a signatory to both the UN Declaration on the Elimination of Violence against Women and the Beijing Declaration, the two most important international Acts on women's rights. UN DEVAW has even recognized that not criminalizing marital rape is a violation of the ideas of human dignity and equality, which are also explicitly laid down in our own Constitution.

If we are not afraid to show our alignment and support to women's rights at the international level, then why not implement that at home? The idea of the sanctity of marriage has deeply percolated our societal customs and traditions. According to traditional beliefs, denying sexual intercourse is against the idea of a good wife and the various High Courts have, in some cases even gone on to rule that denying sexual intercourse by a wife to her husband is a legitimate ground for divorce. Marital rape is not restricted to a specific religion, caste or class. It's about asserting male domination within the household and it circumferences most communities in India. Even the courts have not shied away from propagating the mentality that providing sex to her husband is a good wife's duty. Back in 2012, Karnataka HC passed a judgment on the same and said that "The husband can't be made to suffer for no fault of his and be deprived of his natural urge to enjoy sexual happiness if the wife is unwilling to share the bed and discharge her duties.". Delhi High Court called the denial of sex by spouse "mental cruelty" in 2016. In 2019, the former Chief Justice of India, while talking about marital rape gave his reason for not supporting the idea of criminalizing marital rape – "Because it will create absolute anarchy in families and our country is sustaining itself because of the family platform which upholds family values." The ex-CJI implied that while the family is the most important aspect of Indian society, women's sexual subjugation is the most crucial aspect of Indian families. And if somehow women were made to feel empowered in that sphere, then the whole institute of the family can come crashing down and destroy the fabric of society itself.

The Delhi High Court in 2019 dismissed a writ petition on the sole ground that marital rape could not be a ground for divorce. The court's reasoning was, "As marital rape is not a ground for divorce in Hindu Marriage Act, 1955, Muslim Personal Law (Shariat) Application Act, 1937 and Special Marriage Act, 1954, it cannot be used as a ground for divorce and cruelty against the husband." In 2021, Chhattisgarh HC refused to consider marital rape as a ground for divorce "even if it's by force or without consent". But what does the law say? Indian Penal Code, in 2nd exception to S.375 specifically states that "Sexual intercourse by a man with his wife who is older than 15 years is not rape". This was not aligned with the age of consent since the legal age of valid consent in India is 18 years. It was only in 2018 in the case of Independent Thought v. Union of India, that the court made an attempt to align the age of consent in IPC with the legal age of valid consent and explicitly laid down that sexual intercourse with a wife below 18 years of age is rape, consent being immaterial. The legislature has not yet removed this inconsistency.

There are other statutes too that have such inconsistencies. For example, In Hindu Marriage Act, S. 12 says that the marriage of a minor or a person of unsound mind is voidable (not void) but, S.10 and S.11 of the Indian contract Act, make an agreement by a minor void. This implies that the value accorded to an Indian marriage is of paramount importance and if a husband and wife agree to stay together, their marriage is not legally void even if one of them (in most cases it's the woman) is underage.

Courts have attempted to address these inconsistencies in the past while trying to find a balance between the sacramental and contractual nature of Hindu marriages. The contractual aspect of a Hindu marriage has been elaborated on in various cases like Dhanjit Vadra v. Beena Vadra where the court held that S.13B of the Hindu Marriage Act had "radically altered" the legal aspect of Hindu marriage and the fact that a husband and wife can end it mutually says that it is a contract. In Purushottam Das v. Purushottamdas, Court observed that "marriage is a contract made by respective party's parents." Hence, it can be deduced that judges have, time and again, tried to assert that Hindu marriage is a contract. Recently, the Kerala High Court explicitly ruled in favor of a woman who was being constantly sexually, physically, mentally, and financially harassed by her husband. Court called the acts of the man "physical and mental cruelty" and recognized that husband's conduct amounted to nothing but marital rape. Thus, the idea of maintaining the sanctity of a Hindu marriage is purely from a puritanical perspective and holds very little water legally. It's also important to note here that although other religions like Islam treat marriage as a civil contract, there are certain roles according to which the husband is considered the authority within the marriage (Qiwama) and the wife has a duty to obey the husband's desires. Thus, the horrors of marital rape go beyond cultures and religions.

While these judgments do depict that the Judiciary has attempted to uphold the rights of women, it still is plagued by certain individuals having an orthodox and chauvinistic mentality. The laws present to deal with rapes within or outside marriage are reinforcing patterns of heterosexual dominance where women are perceived as inferior and sexually passive objects. The growing number of rape cases every day, not just marital rapes, indicates a pattern of exhibiting power and forcing submission. Even if a woman wants to get a decree for restitution of conjugal rights, the wife first has to "fulfill her duties as a Hindu wife" and if she doesn't do that then she cannot be allowed for restitution (Tirath Kaur v. Kirpal Singh). Furthermore, if the wife wants to work, prioritize her career over her husband and stay outside for work, this is construed as an act of rebellion by the Indian judiciary, and refusal to live with the husband can only arise in cases of violence or husband denying wife's maintenance. These notions which are deeply rooted even in the legal arena, are followed religiously in every Indian household.

Marital rape not only shreds human dignity, and is violative of the right to live with human dignity read under A.21, it also violates a woman's right to privacy. Despite enough data (a National Health Survey conducted in 2019-2020 said that a woman gets raped every 15 minutes in India and 31% of married women have suffered sexual abuse within marriages by their husbands), several committee reports ( including the Verma Committee report formed after Jyoti Singh gang rape) asking the government to prioritize consent over the relationship between victim and offender, and many developed and developing countries leading the way in the criminalization of marital rape, one can only hope that as a society, we are ready to give women equality in the truest sense of the term, which we are so eager to flaunt on international platforms.

Author is an Independent Advocate and Writer, She Graduated From NALSAR Hyderabad in 2016