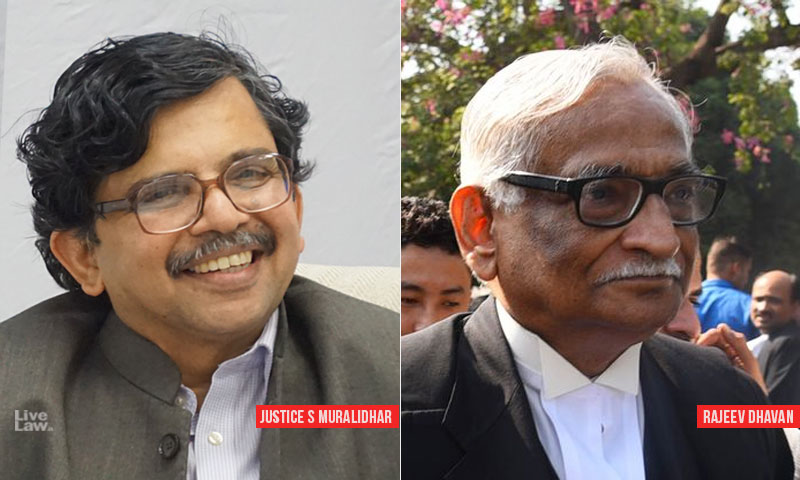 Justice Muralidhar's midnight transfer raises both immediate and deeper questions. Although we were forewarned that he would be transferred, the post midnight marching orders were clearly punitive because he wanted FIRs to be filed against hate speech provocateurs against whom more than a prima facie existed on video. His orders were to immediately register the FIR's which were bypassed to...

Justice Muralidhar's midnight transfer raises both immediate and deeper questions. Although we were forewarned that he would be transferred, the post midnight marching orders were clearly punitive because he wanted FIRs to be filed against hate speech provocateurs against whom more than a prima facie existed on video. His orders were to immediately register the FIR's which were bypassed to the Chief Justice of Delhi to whom the case went who gave 4 extra weeks to file the criminal cases. FIRs are to be filed immediately. In fact in criminal jurisprudence delay in filing a FIR goes to veracity. If several murders are committed, you do not wait for all murders to cease to start investigation. Thus the Chief Justice of Delhi and Solicitor General who had the gall to make such a request have a lot to answer for.

This is a fundamental question whether High Court judges can be transferred from one High Court to another like civil servants even though the Constitution gives the power to do so. Before the 99th amendment of the Constitution of 2014 (Article 222) gave the President the power to transfer judges. In constitutional terms, under the parliamentary system, this meant on the advice of the Prime Minister. Nehru's policy, as presented by Govind Ballabh Pant in Parliament, confirmed this and virtually all transfers were made with consent. But during Indira Gandhi's Emergency transferring judges became punitive because Mrs. Gandhi had a policy to favour judges 'committed' to her and her 'socialist' cause. At one stage, Justice Krishna Iyer showed me a list of punitive Emergency transfers. This was not reproduced in his judgment and I wish I had copied it. After the 99th Amendment the President needed the recommendation of the National Judicial Commission. That amendment was struck down by the Supreme Court because of the way the commission was constructed it would have undermined the independence of the judiciary to restore the status quo of judicial approval but powerfully influenced by the Prime Minister and his law minister. The Court converted the duty to consult the court 'collegium' to accepting its recommendation in three decisions of l982, l993 and l998.

But what was the reason for such an extensive transfer policy? The real politik adage was: "To be a judge you did not have to know the law, only the Law Minister". As an academic, judges often invited me for juristic discussion and even gave me two spells as a consultant on legal aid schemes. In one case I was invited to dinner, but during dinner with one of the judges, I was asked to finish my dinner quickly because the law minister was coming to the residence of the judge.

But what was the normative rationale of such a massive transfer policy? Even Justice Krishna Iyer who had to join the Supreme Court by being transferred first to the Law Commission accepted the justification that a massive transfer policy was conducive to national integration. Good god no! So we have to turn to Justice Bhagwati's disagreement for juristic inspiration. In l979 and sustained in a dissent of l982, he propounded a doctrine: "No transfer without consent" This path breaking view was ignored and judges were transferred by compromises between the Supreme Court's collegium and the government. Later Justice Krishna Iyer told me that he may have been mistaken because he had not fully recognized the latent evil that was inherent in pursuing such a policy.

Another reason given for transferring High Court judges was that they were suspected to be corrupt and guilty of moral transgression to make their conduct 'unbecoming of a judge' which made a case for impeaching a judge rather than to a Court where they would be 'safe' from temptation. It is a credit to the Sikkim Bar and many others to protest why they were being sent crooked judges.

Thus, the very basis and rationale for the transfer of High Court judges, as if they were civil servants, to be protected by the powers that (the Central Government and the Supreme Court) was an unworthy hoax.

The Supreme Court collegium was an extra judicial creation to ward off political influences on judicial appointments and to make the Supreme Court firmly in charge of High Court and Supreme Court appointments and transfer the High Court judges. Though there was an extravagant take over by the Supreme Court, and its deliberations have certainly not lived up to the highest principles on which this usurpation of power was snatched. In 2014, through the 99th, Amendment to the Constitution, Parliament made a clumsy attempt to transfer the Supreme Court's collegium power to a National Judicial Commission which was struck down by the Supreme Court in 2015 because of its many infirmities. We do not need a National Judicial Commission but we do need the politicised kind envisaged by Parliament. The problem with the collegium is its inconsistency and opaqueness. If the object was to appoint the best of the best in the High Courts and Supreme Court, it has clearly failed. Its transfer policy is erratic. After retirement, Justice Lokur who was earlier a member of the Supreme Court collegium exposed how in one case which was recommended for elevation, the decision was reversed following his retirement after a few days for no reason. Judges have resigned because of the irrational transfer policy. The lack of transparency makes it impossible to be aware of what went between the Government, the Chief Justice of India and in the collegium.

In 2020, Justice Muralidhar was not given two weeks notice to join the Punjab and Haryana High Court. We must know the reason why? Was he told that this was because he could then be elevated and then consented to the transfer as the Law Minister Prashad seems to suggest. Many upright judges simply follow the transfer policy as Justice Chelameshwar and others did even though the reasons for such transfer were not just trivial but wrong.

If the idea was to take Justice Muralidhar to the Supreme Court this could be done directly - as indeed was done recently in the case of Justice Sanjiv Khanna's elevation to the Supreme Court. If the idea is to deny his elevation that seems despicable noting that his transfer was from a puisne judge in Delhi to a puisne judge in Chandigarh. What the Government is afraid of was his steadfast integrity, ability and independence.

If there is no really urgency to fill a post giving two weeks notice is not called for. But worst of all is the direction to join Chandigarh immediately after he ordered FIRs to be filed immediately. When the case travelled to the Chief Justice of Delhi who took over the case, he relaxed Justice Muralidhar's order to the point of overruling it. The order to transfer Justice Muralidhar immediately in the late night or early morning is unacceptable.

The justice based rule of law is in great peril.

(Views are personal only. Author is a Senior Advocate of Supreme Court)