Militarization Of Health: A War Against Humanity 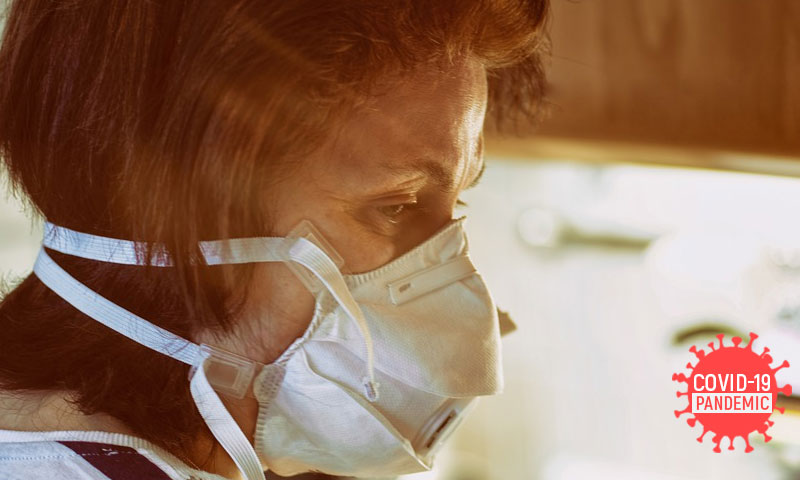 Global health crises have rocked the world recently with the recent SARS-CoV-2 virus and the earlier Ebola outbreak. In 2014, the UN Security Council in its Resolution 2177, termed the Ebola outbreak as a 'threat to international peace and security' under article 39 of the UN Charter. Now, when pandemics are termed as a 'security issue' rather than a 'health issue', it inevitably shifts...

Global health crises have rocked the world recently with the recent SARS-CoV-2 virus and the earlier Ebola outbreak. In 2014, the UN Security Council in its Resolution 2177, termed the Ebola outbreak as a 'threat to international peace and security' under article 39 of the UN Charter. Now, when pandemics are termed as a 'security issue' rather than a 'health issue', it inevitably shifts the focus from general well-being to responding via the military, both inter-country and intra-country.

This narrative has the undesirable focus of declaring 'war' on a virus, which prominent figures like Boris Johnson, Donald Trump and Emmanuel Macron have adopted. At home, the Prime Minister has adopted a similar narrative, comparing the country's COVID-19 response to the 18-day war described in the Mahabharata.The G20 summit employed this narrative on an international scale calling for a global war on the virus.

Some have used this opportunity to curb dissent and shelve democracy in the wake of the global emergency. A widely used phrase in health law is the 'militarization of health' that resonated with this narrative of declaring war against a disease. The tone set is one of aggression rather than care and compassion; this is in stark contrast to the tone set by, for example, Jacinda Arden who urged citizens of her country to 'be kind' sparking feelings of care and compassion.

The kindness narrative, as opposed to the war narrative, fuels unity and solidarity of fellow beings rather than the divisive nature of aggressive language.The ill-effects are visible from incidents like spitting upon North-East Indians and calling them 'corona' or by denying health services to them. The perception of SARS-CoV-2 as a 'Chinese virus' fans hatred and remains hollow as a solution to any of the problems posed by such a global pandemic.

The important distinction to be made here is that an aggressive verbalization is not necessarily a better or an effective response against the virus. Such a militarization of health raises questions of accountability and moral agency of law enforcement personnel in context of 'medicine as warfare'. In such a scenario, populations vulnerable to human rights abuse may become worse off without special care, especially in context of a nation-wide mega-lockdown. For example, the lockdown places more women at risk of domestic violence. It also raises inequality between the rich and poor by, e.g. exacerbating unequal access to resources, especially when much of rural India hardly gets access to tap water, let alone have urban jobs that allow them to work from home.

In such scenarios, human rights go for a toss in favor of the protection of bigger health concerns. When we speak of a 'war on terror', its visualization in our mind is that of response with bullets against terrorists. A similar narrative of 'war on COVID-19' has the unfortunate consequence of conflating the victim of the virus with the virus itself, i.e. a virus as the enemy becomes inseparable from the person who is a victim of the virus as the enemy. This results in the aggregation of an 'enemy' with characteristics of persons that are inextricably intertwined, e.g. race, gender, religion etc. There on, it does not take much from a war on the virus, to become a war on the Chinese or a war on the Muslims.

The intimate relationship of a war narrative and violence is visible through police brutality to enforce a lockdown and brutality against doctors to protest treatment.This intimate connection is hardly ethicallydefendable. The losers in a militarization of health are the common people and workers on the front line who are committed to serve the nation. When especially health equipment doubles as a party advertisement in such crises and display of opposition displeasure comes at the cost of coordination of efforts against COVID-19, 'medicine as strategy' goes against the fundamental principles of health as a human right.

As such, any narrative other than that of care and compassion does little to advance the cause of cooperation in overcoming the current crisis together. An 'us vs. them' approach in tackling a virus cannot sustain in the long term and remains hollow as a consequence. The close connection of the use of force and health to prevent unrest and restrict travel is required because narratives of cooperation as a global society are missing from the voices of most global leaders. Instead of a war, what we are in is a 'struggle' to uphold cherished values of humanity.