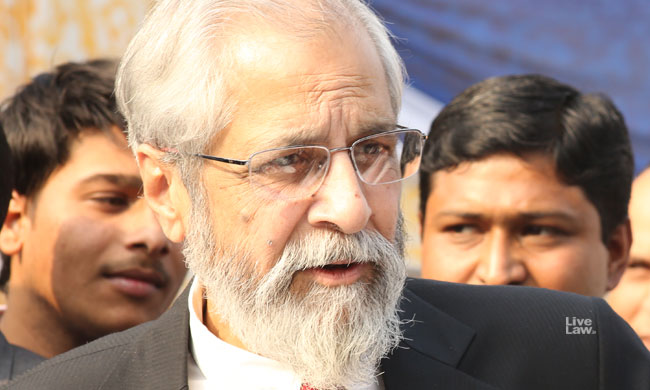 The rampant misuse (if not abuse) of the Indian criminal justice system certainly calls for an interventionist approach from our Supreme Court (SC). A hands-off approach is no good and, in fact, seems to be encouraging those who want to take advantage of the law to inconvenience anyone who is perhaps an annoyance to them. I refer to the spate of First Information Reports (FIRs) filed by...

The rampant misuse (if not abuse) of the Indian criminal justice system certainly calls for an interventionist approach from our Supreme Court (SC). A hands-off approach is no good and, in fact, seems to be encouraging those who want to take advantage of the law to inconvenience anyone who is perhaps an annoyance to them. I refer to the spate of First Information Reports (FIRs) filed by different people in different parts of the country so that the accused is harassed and made to run from one state to another and from one court to another.

Let's consider a few examples of the recent past. A broadcast on the R Bharat channel on April 21, 2020 led to a handful of FIRs and criminal complaints against its owner-editor Arnab Goswami in Maharashtra, Chhattisgarh, Rajasthan, Madhya Pradesh, Telangana and Jharkhand and in the Union Territories of Jammu and Kashmir. Incidentally (and it hardly matters for the purposes of my submission) the complaints were in identical terms and, as noted by the SC, the language, content and sequencing of paragraphs and their numbering is identical.

Goswami had two options before him: first, to challenge the FIRs and contest the complaints in these states and Union Territories and second, to approach the SC to transfer all the FIRs and complaints to one convenient court or police station, preferably near his place of residence. The accused chose to approach the Supreme Court, but for a variety of other reliefs. However, the SC decided to transfer one of the FIRs (filed on April 22 in Nagpur) to Mumbai, where Goswami ordinarily resides. The SC quashed the remaining FIRs and complaints on the ground that multiple FIRs and complaints cannot be filed in respect of the same incident. Reliance was placed on earlier decisions of the SC in this regard. Those decisions did not deal with multiple complaints filed by different aggrieved persons, but it hardly matters for the present purposes.

The consequences of this decision are two-fold: first, those who had filed criminal complaints against Goswami are left high and dry, their complaints having been quashed. On a reading of the decision of the SC, it is not clear whether the complainants were parties before the SC and were heard. Perhaps the most aggrieved would be the first complainant, who filed his complaint on April 21 in Chhattisgarh and therefore, on the reasoning of the SC, subsequent FIRs and complaints filed in Nagpur and other places on April 22 ought to have been quashed and not his complaint. Second, the harassment that Goswami was likely to face has been staved off – good for him.

In the case of another TV anchor, Amish Devgan, he hosted a program on June 15, 2020 after which seven FIRs were filed against him in Rajasthan, Telangana, Maharashtra and Madhya Pradesh. The first FIR was filed in Ajmer, Rajasthan. Devgan, a resident of Noida, Uttar Pradesh petitioned the SC challenging the FIRs and alternatively praying that the FIRs be clubbed together and transferred to Ajmer where the first FIR was filed. However, it appears from a reading of the decision of the SC that during oral submissions, it was prayed that the FIRs be clubbed and transferred to NOIDA or Delhi.

The SC first directed the impleadment of the 'complainants' so that they could be heard in the matter. But more interestingly, the SC did not follow the decision in Goswami's case and declined to quash the subsequent FIRs. The reason proffered was that those who had filed the subsequent FIRs would be deprived of their right to file a protest petition in case the investigation revealed that no offence was made out. Therefore, the subsequent 'complainants' were not left high and dry, and advisedly so. The prayer by Devgan to transfer the FIRs to Ajmer was accepted.

The reprieve for Goswami and partial reprieve for Devgan was possible only because they had the financial resources and logistical capacity to petition the SC. Does an average citizen have these resources? Consider the example of an exuberant student or an unemployed youth who says or tweets something that a handful of people across the country find obnoxious (or doesn't say anything, like the comedian Munawar Faruqui). FIRs and complaints are then filed against that student or youth in six or seven states in all corners of the country, including one in Zunheboto, Nagaland, another in Lachung, Sikkim, a third in Vellarada, in Kerala and a fourth in Jaisalmer, Rajasthan and a few others thrown in for good measure in some other districts.

What can the student or unemployed youth do? Surely, she does not have the capacity to have a Bharat Darshan and convince the court or authorities of her innocence or absence of bad intention (mens rea). Approaching the SC? Not easy at all – it requires finances and pestering the Registry for listing the case. Then there is the recent trend in the SC that appears to suggest that the aggrieved litigant should first petition the concerned high court. So, the student or youth is left either defenceless or asked to fend for herself.

What next? The police will summon her to join investigations. She has no option but to ignore the summons, and then the police will come to her house to arrest her. The student or youth will eventually end up as a statistic in the files of the National Crime Records Bureau. By any chance, did you hear Mr Bumble say "… the law is a ass – a idiot."

So, if the law is "a ass – a idiot" what can the SC do about it? Isn't it parliament's job to legislate and plug loopholes in the legislation? If parliament doesn't do so, that's just too bad and so be it.

But the SC has faced a somewhat similar situation on an earlier occasion when cheque bouncing cases hobbled the justice delivery system. I recall having met a judicial officer in the State Judicial Academy who told me that he had 1,25,000 cheque bouncing cases pending in his court! Maybe a severe case of exaggeration, but he certainly had (like many other judicial officers) much, much more than he could handle. Some intrepid creditors realised that it would be difficult to get a summon issued to a debtor in some of these courts. So, they opened bank accounts in out of the way places or sent notices from out of the way places so that they could invoke the territorial jurisdiction of the local court that had a comparatively lesser number of pending cases and thereby not only get an early hearing but also greatly inconvenience the debtor.

In the 2014 decision in Dashrath Rupsingh Rathod, the SC noted some interesting conclusions from a 2008 decision in Harman Electronics. It was noted by the SC that the provision of law (section 138 of the Negotiable Instruments Act) is being "rampantly misused so far as territorial jurisdiction for trial of the complaint is concerned." The artful creditors had taken their strategy to a new level and to further inconvenience the debtor, they had adopted a stratagem of filing complaints against the same person for different bounced cheques in different parts of the country. The SC noted this:

"Harman, in fact, duly heeds the absurd and stressful situation, fast becoming common-place where several cheques signed by the same drawer are presented for encashment and requisite notices of demand are also despatched from different places."

This was described by the SC as "manipulative abuse of territorial jurisdiction [which] has become a recurring and piquant factor." As it is the debtors did not have the finances, in many cases, to pay off the creditors. Therefore, their ability to approach the doors of the SC was virtually non-existent.

In this background, what did the SC do? It took a pragmatic approach to the problem, considered the devious manipulations of the creditors and the harassment caused to small people who unfortunately could not pay their debts and concluded that the law must be interpreted to mean that "The territorial jurisdiction is restricted to the Court within whose local jurisdiction the offence was committed, which in the present context is where the cheque is dishonoured by the bank on which it is drawn." QED.

Today, we have similar FIRs filed against respected journalists like Mrinal Pande, Rajdeep Sardesai and several others in UP, Madhya Pradesh, Haryana and Delhi for tweets that blamed police firing for the unfortunate death of a protestor on Republic Day. The tweet originated in Delhi. Shouldn't the alleged offence be investigated in Delhi where it took place instead of some other city? What happens if someone in Bihar decides to file an FIR against them in Patna? Are they expected to troop down to Bihar and other states for investigations on being summoned by the police? If they don't 'join' the investigations, there is a possibility that the police from UP and Bihar might give them a midnight knock. This is not beyond the realm of possibility – the police from these two states have been known to visit Mumbai for making arrests.

Similarly, a member of parliament, Shashi Tharoor is facing allegations of sedition in three states and Delhi for a tweet about the death of the protestor. If he had said the same thing in parliament and not on Twitter, his speech would have been constitutionally protected – sedition or no sedition. It's a rather anomalous situation.

The tweet was given out from Delhi, so why should the police of some other state file an FIR? I do understand and appreciate that the state which feels the impact of something offensive has territorial jurisdiction to register an offence. However, that principle has and can be abused, as it was in the cheque bouncing cases. I would submit, therefore, the Supreme Court must be interventionist and lay down the law on this subject should anyone of the aggrieved journalists or Tharoor file a petition in the SC. The law is meant to provide justice and not to harass citizens, and if it does so, it must either be struck down or read down to a more pragmatic interpretation. There is an interventionist precedent and it would be good if it is followed.

This article was first published in The Wire.in

(Madan B. Lokur is a former judge of the Supreme Court of India.)