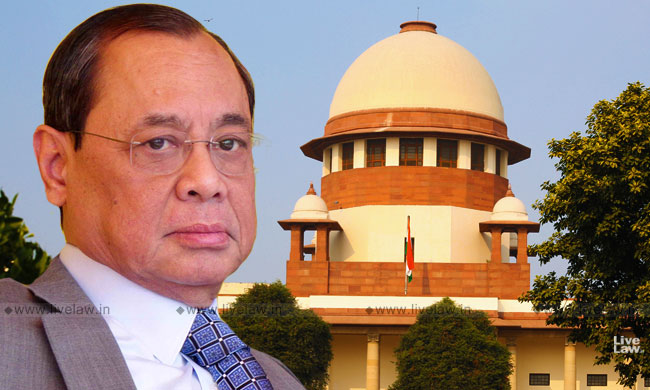 The allegations against the CJI were real shocker for all of us in the Supreme Court, but what followed in the Supreme Court was even more shocking. Forming of a bench of three judges, then the scene performed by the CJI in the Court, resulted in mockery of justice. He initiated the proceedings of the court by elaborating his defence of "conspiracy", to the charge, and laced it with an...

The allegations against the CJI were real shocker for all of us in the Supreme Court, but what followed in the Supreme Court was even more shocking. Forming of a bench of three judges, then the scene performed by the CJI in the Court, resulted in mockery of justice. He initiated the proceedings of the court by elaborating his defence of "conspiracy", to the charge, and laced it with an emotional appeal based on his austerity and meagre savings. All of this paled into insignificance when the three judges' bench passed an unusual order while disposing of the PIL. The order impliedly intended to interdict any discussion in the media on the "charges", along with an appeal that any discussion in relation to the charge may breach independence of the judiciary. "lo and behold", another bench was constituted, of three judges. What is bewildering is that even registry stepped in to rally around its Chief, giving an impression that the entire Supreme Court stands behind its Chief. What did the entire event that unfolded, depict to the "people"? Certain deep-rooted questions do arise and need an answer.

Why were the benches after benches repeatedly constituted? What was there an objective? Atleast I am at a loss to understand the objectives behind their constitution. Linked to this is a question, why is no investigation being launched in respect of the charges levelled against the CJI. The charges are serious and constitute a cognizable offence, then why no mandatory registration of FIR and the follow up an investigation after appropriate permission. If we carefully analyse the strategy adopted in this matter, it would be apparent that, equating of the personality of the charged office bearer, with that of high office, and the Institution of the Supreme Court, was with an intent to subsume the issue of charges against CJI Gogoi, into the larger issue of the independence of judiciary--- "to deactivate the office of the CJI". This is the theme followed by the two benches as well as the Order of the first bench. The intent appears to be, to cushion the impact of the shock arising out of accusation against the CJI. This has never happened as far as I can recall. The seriousness of the charge of molestation levelled against the holder of a high moral office, in an integrity Institution is being pushed to the background. It was clearly a diversionary tactics. The equation of post and the Institution with the personality of the accused office bearer was wholly unconstitutional. This one act demeans the Institution more than any other. Imagine the damage to the post and the Institution when the head of the Institution is a charged office bearer. Does it not affect the integrity, the independence of the office and the Institution, is the moot question? Besides by projecting the question of the independence of Supreme Court, in the face of this charge, are we not indirectly saying that the charged judge is above the law and would not be governed by the normal law applicable to the situation. Are we not prejudging the accuser and the charges as false, being part of a bigger conspiracy. Supreme Court will be required to answer as to why should there be no investigation under the normal law relating to the crime. This was the normal route that would have been taken in case any other person or the office bearer would have been similarly charged. Why this exception? Is it not arrogance stemming from the office? This is an aspect which has troubled me deeply.

When I assess the whole situation, as it panned out, in the light of the Order of the first bench, it appeared that there can be only one answer to the issue of why no registration of FIR and follow up investigation. The first Order not only impliedly appears to interdict any discussion on the charges in the media, but also sub-silentio interdicts investigation under the law. The repeated constitution of benches to look into the bigger conspiracy angle would send the wrong signal to any police officer to not to investigate the matter, since the Supreme Court itself is investigating the issue. Is it the function of Supreme Court to investigate? Should it in any way derogate or stall criminal investigation as prescribed by law? This is what has in fact happened. Which police officer would investigate a criminal charge which is being looked into by the Court in its judicial side. In other words, charges against Justice Gogoi are being dealt with by the Highest Court without investigation, without charge sheet and without trial. No prosecutor, nor defence. The IPC, the Cr.P.C and the Evidence Act will have no role to play. Is this fair, legal as well as a constitutional procedure? The "procedure established by law" has been completely thrown to the winds. If this is a mere internal inquiry into the charges then what is its worth? Can it be a substitute for criminal investigation and trial? These are some of the questions which troubled me and others like me, which the Court will have to answer. However, this does answer the second issue about the repeated constitution of the benches. The effect has been that till date there is neither any registration of FIR by the Police nor any follow-up investigation. Whether intended or not, the effect is there for everyone to see.

It's a real pity that in all this no one is worried about the lady who has repeatedly shown the courage to face the high office and its fury. She has been discredited and defamed as a co-conspirator in an immense conspiracy "to deactivate the office of the CJI" and seriously jeopardising the independence of the Supreme Court. She has been called a delinquent and her integrity has been impeached. It is she who is being compelled to face the most unconstitutional of acts by the Supreme Court. Is this fair, reasonable and equitable. Does it behove the Supreme Court to throw the law to the winds. 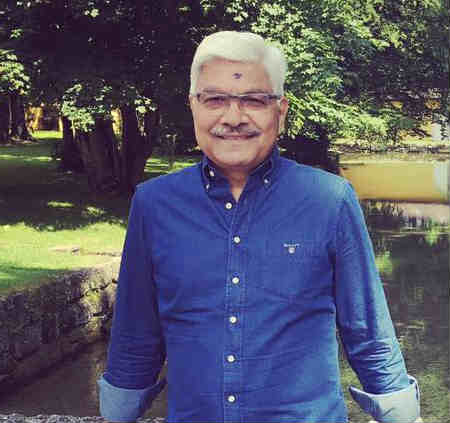 Dinesh Dwivedi is a Senior Advocate at Supreme Court of India.