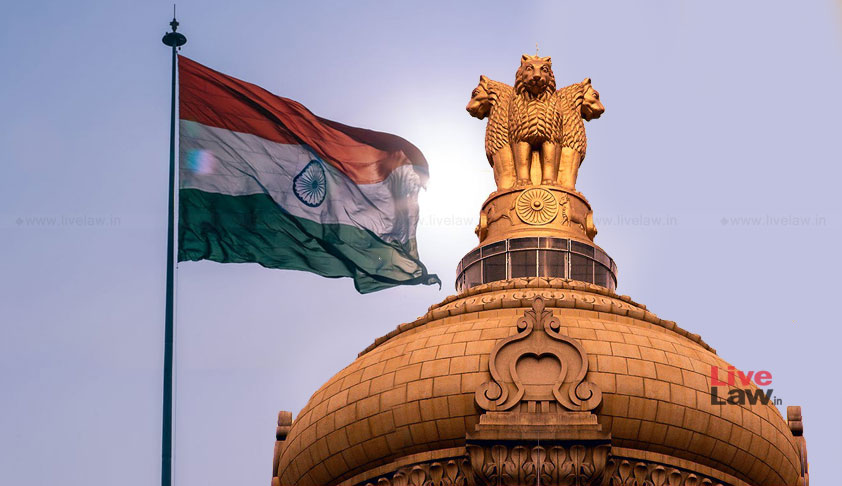 x
The Constitution of India - the book - is only as good as those who work it.

In March 1955, Dr. Ambedkar explained on the floor of the Rajya Sabha why he had said he was ready to burn the Constitution of India just a few years into its promulgation: DR. ANUP SINGH: Last time when you spoke, you said that you would burn the Constitution. DR. B. R. AMBEDKAR: Do you want a reply to that? I would give it to you right here. My friend says that...

In March 1955, Dr. Ambedkar explained on the floor of the Rajya Sabha why he had said he was ready to burn the Constitution of India just a few years into its promulgation:

DR. ANUP SINGH: Last time when you spoke, you said that you would burn the Constitution.

DR. B. R. AMBEDKAR: Do you want a reply to that? I would give it to you right here. My friend says that the last time when I spoke, I said that I wanted to burn the Constitution. Well, in a hurry I did not explain the reason. Now that my friend has given me the opportunity, I think I shall give the reason. The reason is this: We built a temple for god to come in and reside, but before the god could be installed, if the devil had taken possession of it, what else could we do except destroy the temple? We did not intend that it should be occupied by the Asuras. We intended it to be occupied by the Devas. That's the reason why I said I would rather like to burn it.

To Dr. Ambedkar, the temple, by itself, was no cause for celebration. The temple was only as good as the gods who resided in it.

This exchange contains an important moment of reckoning for our constitutional culture, and stands true even today, seventy years later. The Constitution of India - the book - is only as good as those who work it.

The "law declared by the Supreme court…", is "binding on all courts" in India, by the terms of Article 141. When read closely, Article 141 is first a principle for institutional responsibility, prescribing how a judge ought to interpret and implement the Constitution in discharging her responsibilities. This need not necessarily imply that courts are the only actors who must interpret and implement the Constitution, or that that fidelity to the Constitution's meaning and spirit requires fidelity to the court's judgments – which Jack Balkin explains at length in his book Living Originalism. After all, it is the Constitution that is supreme, not constitutional interpretations of the Supreme Court.

What follows is that the executive and legislative departments ought also to maintain fidelity to the text and spirit of the Constitution, in the vast swathe of state action that never becomes the subject matter of a case before a court. That is, non-judicial State actors ought to also interpret and implement the Constitution in discharging their responsibilities. The Constitution requires this of the President (Article 60), Governors (Article 159), legislators (Article 99, 188), and even ministers (Article 75 and 164), by way of the oath of office, to preserve, protect and defend the Constitution. Yet, everywhere we look, we find state action – particularly by the executive department – rending an ever-widening chasm between the "Constitution" of India and the practice of constitutional government in India. These state actions range from the invisible and banal – such as systematically centralizing health funding, where "health" is a state list entry, or the UIDAI, through the List III power of "social planning" (and thus contrary to Article 73(1)(b)) requiring states to sign MoUs in 2009 to set up Aadhaar infrastructure – to the more visible yet unquestioned – such as ignored calls for trust votes, and absence of parliamentary committee scrutiny – to the extraordinary and unprecedented – such as demonetization, the opaque and anonymous electoral bonds, and the present state of undeclared emergency for over a 100 days in the Kashmir valley. These executive actions were technocratic policy measures in some instances and brute aggregation of the majority's preferences in other instances. None of them count as good faith efforts of the executive to interpret and implement the Constitution faithful to its text and spirit.

A few instances of State action stand out as having been devotedly undertaken in the name of the Constitution. On the spectrum of state actions, they are unlike the Kashmir shutdown, electoral bonds or centralized health funding because they are tethered to the constitutional text. Yet, they do not amount to good faith constitutional interpretations and implementations, as they are contrary to the spirit of the constitutional provision. This subterfuge is most common when the those who work the Constitution – ranging from governments and legislators, to the larger legal and academic community – do so through an ideological lens antagonistic to a marginalized group.

To name two instances, the Indian Constitution has been weaponized since the 1950s against Kashmiris, as A.G Noorani shows us over several volumes, and against Dalits, as Professor Gopal Guru shows us, contrary to the spirit of the relevant constitution's provisions as gleaned from historical materials. Since the judicial and non-judicial actors who worked the Constitution in these two contexts were largely from the Indian state, and from dominant castes respectively, the ecosystem of constitutional interpretations for Kashmiris and Dalits are exclusionary by design. In such a hegemonic constitutional discourse, one fears that even the best constitutional case against state actions is set up to fail.

The literal meaning of the "constitution" is something that stands constituted. Through the "Constitution" of India, we, the people, constituted ourselves into a republic, helmed by a democratic government, and committed to dismantling hegemonic power structures. So, while the "constitution" of India may be the government and courts, it is also you and I. And we can moor ourselves back to the Constitution of India, towards a more perfect constitution each day. On this Law Day, as we continue to look to the courts to work our Constitution in text and spirit, may we resist looking away from the other actors and ourselves. Let us do the work to ensure the temple need not be destroyed.

(The author is a lawyer and doctoral fellow at the NALSAR University of Law, Hyderabad. Views are personal)