Morality Clauses In Sports Contracts : A Hit Or A Miss?

In the hectic world of sports where athletes are parties to several contractual agreements, be it sponsorship deals or brand endorsements, it is often found that these agreements contain certain provisions that serve the purpose of curtailing or rather prohibiting a certain type of behavior of the parties to the contract. These provisions are known as Morality Clauses, and are...

In the hectic world of sports where athletes are parties to several contractual agreements, be it sponsorship deals or brand endorsements, it is often found that these agreements contain certain provisions that serve the purpose of curtailing or rather prohibiting a certain type of behavior of the parties to the contract. These provisions are known as Morality Clauses, and are becoming the most common reason behind the termination of contracts that athletes enter into. This paper will specifically focus on how morality clauses in sports contracts impact an athlete's freedom of expression, especially in the social media world.

Why do we need Morality Clauses?

It is a known fact that when any individual, be it a celebrity, an athlete or a well known public figure enters into a contractual agreement with endorsers or brands, they go on to represent the particular organization in the eyes of the public.
[1] As a result, their actions and behavior will inevitably be attributable to the company. Quite often, situations arise wherein an athlete is found to be engaging in inappropriate behavior or doing something that he should not be doing. When this happens, it reflects badly on the companies that have signed the athlete as their brand ambassador for instance. This in turn tends to affect the company's success rate in terms of the product it is trying to endorse through the athlete. In fact, one of the first instances that gave way to the incorporation of morality clauses in sports, contracts was the case of Babe Ruth in 1922, where the New York Yankees modified their contract with the baseball player to include a clause that restricted him from drinking alcohol at all times, as a result of his inappropriate behavior while being intoxicated.[2]In order to prevent such scenarios from recurring, brands now include morality clauses that dictate certain things that the athlete in question would have to necessarily refrain from doing if he/she wishes to remain attached to the brand or company.
In recent times, given the rise in social media forums, news of an athlete's actions be it positive or negative, spreads like wildfire. This leads to brands imposing a lot more restrictions on an athlete's actions; to the extent wherein they control the latter's activities on personal social media websites such as Facebook, Instagram, Twitter and Snapchat. Take, for example, the case of Rashard Mendenhall's contract with Hanesbrands
[3]. On May 2nd, 2011, Mendenhall put out a tweet in response to Osama bin Laden's death which, according to Hanesbrands, was problematic. While the latter terminated the contractual agreement with Mendenhall, the athlete filed a law-suit for recovery of the huge sum of money that he was supposed to get if the contract subsisted. The Court rejected Hanesbrands' motion to dismiss while holding that there was still some ambiguity regarding the nature of the public's opinion to the tweets and whether they came under the purview of the morals clause[4]. In situations like these, given the immense fan following that the players have, the owners of the brand take drastic steps in curbing certain content that the player may share on these websites. This brings us to the predominant question of whether these restrictions are reasonable or not.

To what extent are these Clauses reasonable?

How do Morality Clauses affect an Athlete's Career?

In terms of the effects that morality clauses have on an athlete's career, the list is one that attracts a level of concern. Morals clauses, if violated, can result in a lot of financial trouble given that a substantial amount of a celebrity/athlete's income comes from endorsement deals and brand publicizing. Moreover, when a company terminates their contract with a particular athlete, the news spreads so fast that in a matter of a few hours or days, the larger public is aware of the termination. This affects the number of potential employers that may have been thinking of signing an agreement with the same athlete in the future and as a result decreases the chances of an athlete from being offered other major endorsement deals.

In addition to this, morality clauses take a toll on an athlete's personal life as well given that he/she has to be extra cautious regarding their behavior because any little thing could be looked at as immoral behavior which would subsequently prove to work against the athlete's interests. They impose certain obligations on the athlete that he/she may or may not want to necessarily follow but will ultimately have no choice but to do so.

A lot of news reports suggest that many athletes have been dropped from endorsement contracts that they were once a part of for reasons such as convictions and generally indulging in behavior that is deemed socially unacceptable. In a lot of instances, these contracts are worded in such a way that they cite very broad and general categories subject to which an athlete's contract may be terminated. The issue that arises with these vague morality clauses is that the lack of specificity would lead to athletes being unsure as to what would constitute as 'immoral behavior'. This, as a result, works to their detriment given the immense power that the employer attains as the latter would not need to give any specific reasons as to why he terminated the athlete's contract.
[12] From the employer's perspective, having a broadly worded morality clause would be more beneficial given the flexibility it provides to terminate the contractual agreement if an undesirable situation regarding the behavior of an athlete were to arise. For example, when a company imposes certain territorial restrictions on an athlete via these clauses, the latter should ensure that the company does not take advantage of the broad clause and make restrictions that apply over the world if it is, in reality, only concerned with one or two particular territories.
It is essential to have stricter terms in these clauses, i.e. they need to be as objective and descriptive as possible so that the athlete has a clear idea of the specific action that would lead to a termination of their contract with the respective company or organization. Let us take the example of Chris Webber, a famous NBA player who was terminated from his contract with FILA for being arrested at the airport for possession of marijuana. Subsequent to his termination however, he filed a suit for wrongful termination citing that the morality clause within the agreement that governed his behavior only stated that termination would take place if the athlete was 'convicted'. Since it is clear that an arrest is not the same as a conviction, the Court decided that it was indeed a case of wrongful termination and Webber received a large sum of money from FILA for the same.
[13]

When it comes to social media, it is essential that parties specify and agree on what kind of online communication and media presence is alright because not doing so would lead to an unfair curb on the athlete's right to express himself and as a result, interact with his fans. This does not go to say that there should be unfettered freedom given to the athlete to post whatever he may wish to on these platforms. This would be problematic given the massive amount of influence they hold over the people who look up to them and follow their views. Hence, it would be appropriate to arrive at a middle ground and have restrictions but at the same time ensuring they are reasonable and fair keeping in mind the interests of both the parties.

What other measures can an Athlete adopt to address this issue?

Given the above discussion on broad and vague morality clauses, players must keep in mind that companies will draft these clauses in a way that they have a wide scope to terminate the agreement if need be. In addition, these companies will often bring in other authorities to determine whether the conduct of the athlete can be termed as immoral or not. This is where athletes need to be varied and suggest alternative forms of determining the same. One of these ways could be via arbitration
[14], wherein the situation could be discussed and where the player also has the option to bring in a third party to assess the scenario.
One of the more viable and more recent options would be the adoption of reverse morality clauses or, in other terms, reciprocal clauses. A reverse clause can be defined as a form of response to a traditional morality clause wherein the fundamental aim of the former would be to protect the interests and careers of the athletes from the abuse of power by the employers/ companies. Contrary to the nature of morality clauses, reverse clauses should ideally be broadly worded to ensure that the individual can exercise his/her legal right subject to a larger scope of improper conduct on behalf of the company.
[15]

Within the framework of these clauses, athletes could specify what their rights would be if the company were to invoke the morality clause at any stage during their contract; and these rights would often include the option, on behalf of the athlete, to terminate the contract or seek damages from the company for the same. It should also include provisions that would allow the athlete to issue a statement in response to any allegations that may arise against him on account of his 'immoral' behavior. Another aspect that these clauses could include is the extent of punishment for improper conduct, i.e. instead of taking the drastic step of terminating the contract, the reverse clause could suggest that the athlete be charged a fine or be suspended from further endorsements of the company for a specific period of time.

Given the numerous amount of instances that an athlete faces with respect to wrongful termination or unjust morality clauses curbing their basic rights, it is high time that employers and companies take into account the various consequences that will arise if morality clauses are not treated as subjectively as they should be. Moreover, at a time when social media is the most popular and widely used platform to spread news and share opinions which inevitably lead to a lot of controversies, the need for tailor-made, airtight morals clauses is increasing. In order to protect the interests of sportsmen in different fields, these factors need to be strongly considered to avoid unnecessary restrictions that often lead to the end of a person's career. 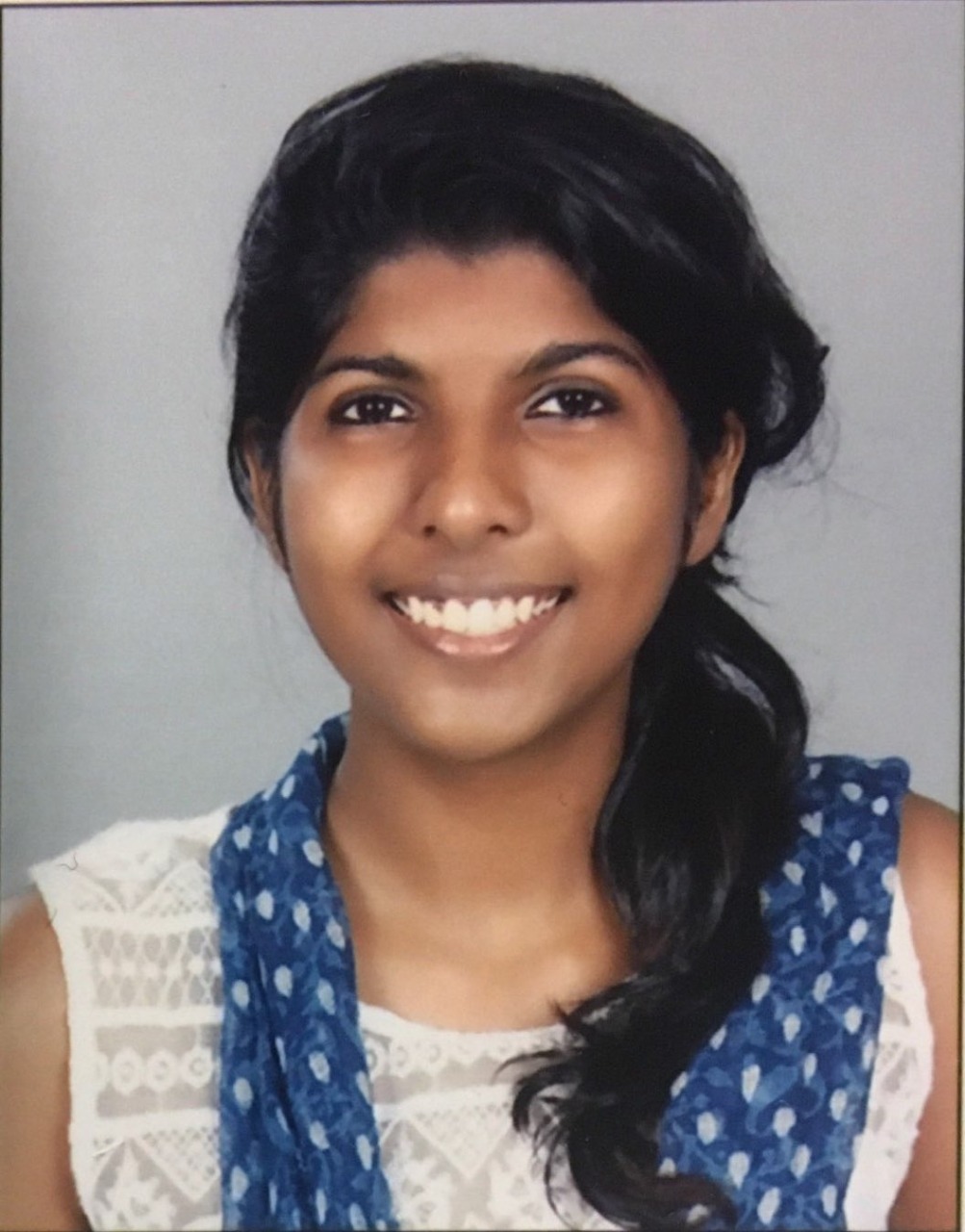 < https://scholarlycommons.law.wlu.edu/wlulr/vol74/iss1/3 > accessed 26 Sept 2018accessedddddddddddd ired over Ofpt to address this issue? sibleor may not want to necessarily follow but will ultimately have no

[8] Richard Sandomir, 'Curt Schilling, ESPN Analyst, is fired over Offensive Social Media Post' (The New York Times, 20 April 2016)<https://www.nytimes.com/2016/04/21/sports/baseball/curt-schilling-is-fired-by-espn.html> accessed 27 October 2018 accessedddddddddddd ired over Ofpt to address this issue? sibleor may not want to necessarily follow but will ultimately have no