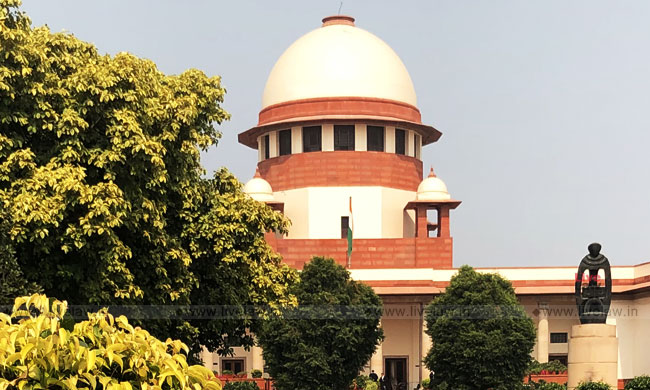 On April 22, 2020, the Supreme Court of India in its ruling in National Agriculture CooperativeMarketing Federation of India v. Alimenta S.A, in a rarest of rare circumstance, rejected the enforcement of a 30 year old foreign award. The foreign arbitral award arose out of a dispute pertaining to an agreement between the parties for the export of 5,000 tonnes of Indian HPS...

On April 22, 2020, the Supreme Court of India in its ruling in National Agriculture CooperativeMarketing Federation of India v. Alimenta S.A, in a rarest of rare circumstance, rejected the enforcement of a 30 year old foreign award.

The foreign arbitral award arose out of a dispute pertaining to an agreement between the parties for the export of 5,000 tonnes of Indian HPS groundnut for the season 1979-80. However, due to the damage caused to the crop by a cyclone in the Saurashtra region, NAFED could only ship 1900 metric tones for that season. Pursuant to certain further addendums between the parties, it was decided that the balance 3100 metric tonnes would be exported in the 1980-81 season. However, export of groundnut in the 1980-81 season by NAFED required government approval which was subsequently refused.

Aggrieved by the failure of NAFED to supply the groundnut, Alimenta commenced arbitration proceedings against NAFED under the Rules of Arbitration and Appeal of the Federation of Oil, Seeds and Fats Associations Limited (FOSFA), London and in 1990 received a favourable award for damages. Thereafter enforcement proceeding commenced before the Delhi High Court which ultimately concluded with this judgment of the Supreme Court refusing to enforce the award in India. The judgment of the Supreme Court raises several issues which appear to be unanswered.

The Supreme Court judgment sets out the domicile clause of the agreement which clearly stipulates that the construction, validity, and performance thereof shall be governed in all respect by English Law. Another clause of the agreement stipulates that if the exports were prohibited by an executive order or by law, the agreement would be treated as cancelled. The Supreme Court in its judgments proceeds to analyse the correspondence between the parties and in establishing the purport and impact of this clause applies the Indian contract law and holds that the agreement was void under Section 32 of the Indian Contract Act. The applicability of Section 32 of the Indian Contract Act to the Agreement between the parties without any explanation qua same or the position in English Law leaves certain legal crevices and is difficult to overlook.

It is now well-established that the courts should refrain from going into the merits of the award at the enforcement stage. The Arbitral Tribunal upon review of the evidence had found that:

The Supreme Court, applying Indian law, instead of English law, held that concept of frustration (Section 56 of the Indian Contract Act, 1882) is not attracted as there is an express clause in the contract requiring its cancellation in case export is prohibited due to government orders. It then, applying Section 32, went on to hold that the contract became void upon Government's refusal to allow the export. This effectively amounts to overturning the Tribunal's factual findings on the inducement to enter into the addendum and the self-induced frustration. The entire exercise that the Supreme Court under went in determining that the agreement was void, does reveal a flavour of having reviewed the merits of the dispute before it.

The Supreme Court in its judgment refers to a government letter restraining NAFED from supplying the balance units of groundnut due to (a) price of groundnut having increased significantly in comparison to the contracted price which was much lower and (b) also the fact that NAFED could not carry forward the previous years' commitment to the subsequent year due to export of commodities was restricted under a quota system as per the Export Control Order. Given this conspectus, the Supreme Court holds that Enforcement of such an award in violation of export policy and the Government order would be against the public policy as envisaged in section 7 of the Act of 1961.

Whilst discussing the scope and interpretation of the expression 'public policy', the Supreme Court duly traces the law from the landmark Renusagar Case to the Ssanyong case. These cases state that mere contravention of law would not attract the bar of public policy and that the link between the statute contravened and the public interest or public policy of the state has to be shown. Further, the Supreme Court did not refer to its recent ruling in Vijay Karia v. Prysmian Cavi E Sistemi Srl.. In the Vijay Karia case it has been held that the fundamental policy of Indian law, as expounded in Renusagar, must amount to a breach of some legal principle or legislation which is so basic to Indian law that it is not susceptible of being compromised. "Fundamental Policy" refers to the core values of India's public policy as a nation, which may find expression not only in statutes but also time-honoured, hallowed principles which are followed by the Courts. In this background, one can't help but notice that the judgment is silent and lacks any discussion on why the Export Control Order and the government's refusal to permit the export amounted to Fundamental Policy of Indian law.

There are certain aspects about the award which do seem concerning as rightly pointed out by the court, such as the arbitrator in the first tier arbitration, appearing as a counsel when the award was appealed under FOSFA Rules. However, in terms of analysing the impact that the NAFED judgment may have on the future of the foreign award enforcement regime, it seems that it ought to be treated more of an exception rather than the rule.

Given that the judgment of the Supreme Court in NAFED does not dwell into the law laid down in Vijay Karia, the position of law laid down by Karia remains unchanged. One may of course rake up the issue of Karia laying down law only with respect to Section 48 of the Arbitration and Concilliation Act, 1996. However, the Supreme Court makes this position clear in its judgment in Shri Lal Mahal Limited v. Progetto Grano Spa, which relying on Renusagar clearly holds that that the expression "public policy of India" in section 48 (2)(b) has the same import as that of expression "public policy" in section 7(1)(b)(ii) of the Foreign Awards Act. Therefore, an important consequence that the foreign award enforcement regime in India may have to deal with is the possible dichotomy now created by the judgment in NAFED.
Views Are Personal
TagsNAFED Case Foreign Awards Foreign Awards (Recognition and Enforcement) Act 1961 Enforcement of foreign awards #Justice Arun Mishra
Next Story
Similar Posts
+ View more
Law Firms
+ More