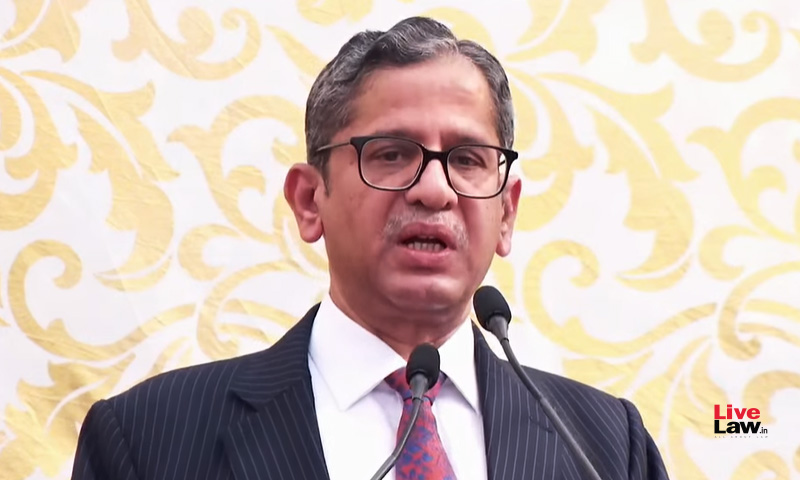 Chief Justice of India N.V. Ramana's comprehensive proposal for establishment of the National Judicial Infrastructure Corporation (NJIC) merits thoughtful consideration from multiple stakeholders. Let's face the facts. The Governments, at all levels and to the extent possible, have been benign in releasing funds. Recently, the Union Law Ministry approved a generous sum of...

Let's face the facts. The Governments, at all levels and to the extent possible, have been benign in releasing funds. Recently, the  Union Law Ministry approved a generous sum of INR 9000 Crores for building judicial infrastructure. It's a matter of time that a good majority of the State Governments will release matching grants too.Some States may not release. That's not the core issue for National Judicial Infrastructure Corporation  is not about releasing or withholding of grants. It is about complete realisation of the constitutional aspirations for building a truly independent judiciary. More pertinently, National Judicial Infrastructure Corporation is about the indigenisation of judicial needs - from ideation to realisation.It  is about effacing dependence of the judiciary by granting it with purse and power.

Whether an unelected body be given the purse alongside power? Conversely, one may ask - whether a fiscally dependent judiciary be called independent? Leaving aside these larger constitutional questions to the powers that be, it is time to get down to the pragmatics and specifics.

First off, there is this popular perception, even among the constituents within, that Judiciary means the Judges and therefore, building courts and allied infrastructure is the sole responsibility of the judges. On this premise,National Judicial Infrastructure Corporation  proposal is construed to be Judges' espousal to render fiscal fillip to build physical infrastructure of the judicial institutions.

This 'Judge centric' perception glosser over the fact that Judiciary is a holistic institution including within its ambit - the courts and tribunals over which the courts have administrative control, litigants, including the beneficiaries under various Legal Services schemes, Paralegal volunteers Court Staffs, and most importantly, Advocates and their institutions – Bar Associations and Councils. National Judicial Infrastructure Corporation , therefore, is about this rainbow constituency who are its end users and/or ultimate beneficiaries.Today all these constituents of the judiciary are collectively  and wholly dependent upon the Executive for their fiscal needs.

There is a major  often overlooked challenge that judiciary is facing today due to its entire dependence on the Executive. The project design, monitoring and execution of the infrastructure, mainly the building infrastructure remains the sole prerogative of the Public Works Departments (PWD). Due to this many pertinent aspects cost and space optimisation are being compromised. In fact, an overwhelming majority of the Court Buildings do not conform to the Green Building norms mandated under the Energy Conservation Act, 2001. In many cases, the Building Bye Laws of the Municipal Corporations are yet to be complied with. Interestingly, many High Court buildings are supplied with the electricity as per the Tariff applicable to commercial establishments viz., hotels and commercial complexes under  an enhanced tariff category. This is  costing at least 30% hike in their electricity bills.

Likewise, the Courts' entire dependence upon State Information Technology Departments has raised serious concerns about the adequacy and efficacy of the IT Platforms in the new normal of digitisation of pleadings, records and virtual hearings in the COVID times.

TThe Advocates, arguably the most vocal and commanding subset within this large constituency, is stoically silent about indigenisation of their fiscal needs. In the COVID lockdown crisis, it may be recalled that many representations submitted by the Bar Associations and Councils, including the Clerks Associations, have not been considered or been partially acceded to by the State Governments. Some Associations took the PIL route and courts have passed judicial orders directing various state governments to release fiscal help the needy sections of the Bar. Be that as it may, the tragical fact remains that even to this date, there is no institutional mechanism to address the fiscal requirements of the Advocates and their clerks. In this backdrop, whether Bar Council of India needs to back nay own the espousal of NJIC in its own interest? Will NJIC pave way and be a logical sequel to the formation of Advocates Infrastructure Corporation? .

The financial needs of the Paralegal Staff including the Court Clerks can be fulfilled only if the Bar Councils and Association gain financial independence from the Executive. Independence of judiciary means the institutional independence of each of its constituents - the Advocates Associations and Councils. There is a serious introspection required within the Advocates fraternity today on whether our institutional infrastructure, welfare schemes, insurance, housing schemes and health benefits are at par with or at least comparable with the institutions of Company Secretaries, Chartered Accountants. Whether NJIC will pave way or render fillip for indigenisation of our infrastructural needs? Can we have an Advocates Infrastructure Corporation ? Or NJIC will have to be designed to cater to the overall needs of each constituent of the Judiciary? We need to collectively invest thought and deliberate.

Overall financial independence of the judiciary alone can ensure the independence of the Legal Services Authorities. Most of the State Legal Services Authorities are severely understaffed. Their outreach programs and court based legal services are severely suffering due to lack of funds. From payment of respectable fees to their Panel Advocates to publication of books for dissemination of legal awareness, they are wholly dependent on the grants from National Legal Services and State Law Departments. The fiscal plight of Legal Services Authorities has a direct bearing on the availing of legal services by the beneficiaries. Involvement of designated Senior Advocates and talented section of the Bar into the Legal Services remains aspirational, voluntary and dependent on the grants from Executive. There is also disparity across in the fee structure for the Paralegal volunteers and Panel Advocates. Unless an umbrella organisation is formed at the national level, no uniformity can be infused or institutionalised.

National Judicial Infrastructure Corporation may not be a panacea for all challenges being faced by the judiciary in general or to specific woes of its constituents. But certainly, judiciary as one large joint family needs to unite behind the Chief Justice in his espousal for National Judicial Infrastructure Corporation for independence of judiciary is essentially the independence of each subclass within it. And anychain is as strong as its weakest link.