What About Natural Rights Of Those Who Serve Judges? Problems With Kerala High Court Sevak Rules 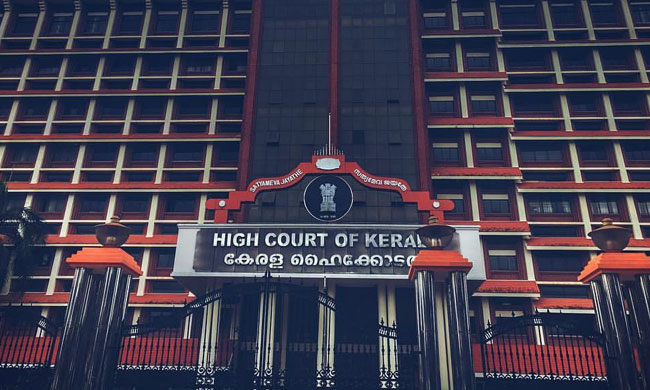 x
These rules defy every principle that is associated with public employment especially equal opportunity in selection.

The state of Kerala has witnessed the most successful synergy between the state institutions and organized labour. The state institutions have accommodated the interests of the working class and have provided for protections in the state policies. This is not to say that there have been no signs of conflict but largely the interactions between the democratic state and organized labour...

The state of Kerala has witnessed the most successful synergy between the state institutions and organized labour. The state institutions have accommodated the interests of the working class and have provided for protections in the state policies. This is not to say that there have been no signs of conflict but largely the interactions between the democratic state and organized labour have contributed to Kerala's developmental successes. Recently the government introduced the Kerala Labour Policy 2018, which expanded the rights of both the organized and unorganized workers. While most public institutions seem to further the logic of labour rights, the judiciary of the state remains an outlier.

In the exercise of powers conferred under Article 229 of the Constitution of India, the Chief Justice of the Kerala High Court has made 'The Kerala High Court Sevak Rules, 2017'. The rules allow for the appointment of persons as sevaks who are to serve the judges who nominate them.

The rules are applicable to the 'sevaks' appointed as per the third proviso to the Rule 7(1) of the Kerala High Court Service Rules, 2007. The concerned proviso relates to the appointment of a 'sevak' in lieu of an office attendant. The Rules define sevaks as 'persons appointed as sevaks' without any additional information that describes there role. They are to be appointed solely on the nomination of the judge.

As per the rules, the tenure of the sevak will be co-terminus with the term of office of the Judge who nominated the sevak. The sevak is not regarded as a member of the High Court Service. The rules explicitly state that the appointment as sevak does not confer any right for future appointment to any of the part time or full-time services under the High Court.

With regard to the duties that are to be performed by sevaks the rules are silent apart from stating that the sevak 'shall be attached to the judge and shall attend to the duties assigned to him by the judge'. The Chief Justice is also empowered under the rules to terminate the appointment of the sevak, without giving any notice, on receiving a recommendation from the judge who nominated the sevak or for any other reason she thinks fit.

Issues with the Rules

These rules defy every principle that is associated with public employment especially equal opportunity in selection. It should be noted that a special exception was created to appoint persons as sevaks. These rules weaken the position of the sevak by making her expendable and easily replaceable and demand unquestioned obedience lest the employment be terminated. Regular appointments under the High Court Service Rules require advertisements and allow for everyone fulfilling the eligibility criteria to apply for the job. The creation of a class of persons that can be hired and fired at will of the judges suggests that the regular appointees are unwilling to do the jobs that are meant for the sevaks. The judges have therefore carved an exception to ensure that a class of persons continues to serve them.

Contracting out agency relationships is a major trend in the current phase of public service reform, as it is implemented in India. Contracting is premised on the myth of efficiency enhancement and reduction of costs. The Sevak rules bear no connection to either of the two. With regard to efficiency an argument cannot be made for the duties to be performed require no particular skill set (even the educational qualifications under the rules require passing VIII standard). It is neither reducing the costs, for the judges are already provided with office attendants as per the High Court Service Rules.

Independence of the Judiciary

Under Article 229 of the Constitution of India the Chief Justice of the High Court is empowered to make rules that govern the appointment and conditions of service of the officers and servants of the High Court. The provision intends to secure the independence of the High Court by granting control over the staff. It ensures that the executive cannot interfere more than the limited extent contemplated under the Article. The powers vested in the office of the Chief Justice are of wide amplitude and establish her as the supreme authority with regard to control of staff at the High Court. These Sevak rules are made under the exercise of powers under Article 229. They do not guarantee even the basic protections that comprise the standard form of contract. It is not difficult to imagine, in an unequal society like ours, the class of persons who would be employed as sevaks given the low educational criteria required and the nature of employment the rules entail. The rules further deprive the appointed sevaks of any bargaining power. While they are changing the characteristics of public employment severely, what is even more disturbing is the creation of such rules under a provision that is intended to safeguard the independent functioning of the justice system. The power vested with the Chief Justice of the High Courts demands introspection if rules like the one discussed above are its manifestations.

(The author is a research fellow at Vidhi Centre for Legal Policy. Views are personal)