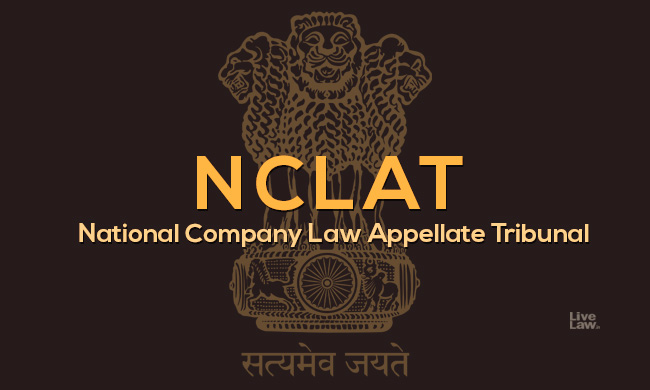 The Ministry of Corporate Affairs (MCA) in a very relevant measure has announced the setting up of a Bench of the National Company Law Appellate Tribunal (NCLAT) Bench at Chennai a few days ago. This was done by the Ministry's notification dated 13th March 2020, notifying this constitution of a NCLAT Bench at Chennai vide its notification with Ref No. MCA N/No/S.O. 1060(E). The first...

The Ministry of Corporate Affairs (MCA) in a very relevant measure has announced the setting up of a Bench of the National Company Law Appellate Tribunal (NCLAT) Bench at Chennai a few days ago. This was done by the Ministry's notification dated 13th March 2020, notifying this constitution of a NCLAT Bench at Chennai vide its notification with Ref No. MCA N/No/S.O. 1060(E). The first NCLAT Bench is situated at Delhi and has been functional for about three years. This move has been by and large appreciated by stakeholders and this article we will evaluate some fundamental aspects and very frequently asked questions on this subject.

The Chennai Bench is to hear appeals from the National Company Law Tribunal (NCLT) Benches situated in states (1) Karnataka, (2) Tamil Nadu, (3) Kerala, (4) Andhra Pradesh, (5) Telangana, (6) Lakshadweep and (7) Puducherry. This Bench will be in addition to the Principal Bench of the NCLAT at New Delhi which shall continue to hear appeals other than those in the jurisdiction of Chennai Bench of the NCLAT.

While the Circular has been shared amongst various Social Media and Sharing Apps, ensuring awareness, there are multiple queries raised by stakeholders namely the parties in the litigation, lawyers and other professionals including Insolvency Professionals. Some of the most immediate questions have been addressed in this Article.

What types of cases will be heard in this NCLAT, Chennai Bench?

The NCLT's across the nation have jurisdiction to hear cases primarily relating to the subjects of:

Up until the date of notification, all matters pertaining to the above mentioned subject matters were appealed to the NCLAT Bench at Delhi. However, with the constitution of the latest NCLAT Bench at Chennai, matters appealed from NCLT Benches at Chennai, Bangalore, Kochi, Hyderabad and Amravati will be heard and decided at the Chennai Bench. This is basically pertaining to matters relating to the Companies having registered office in these states.

It is essential to step a few years back in time, to understand this concept better. The Company Law Board was established in 1991 which heard matters primarily related to Oppression and Mismanagement and Disputes on Transfer of Shares. A few years later a regional Bench was set up at Shastri Bhavan, Haddows Road, Chennai. The regional Bench at Chennai heard matters relating to Companies having registered office at the four southern states (Andhra Pradesh, Karnataka, Kerala and Tamil Nadu) & Pondicherry. The jurisdiction of matters pertaining to Schemes of Companies and winding up vested in the High Courts of the respective States. In 2016-17, The NCLTs were established, and the jurisdiction of both these fora was shifted to the respective NCLTs.

This circular more or less takes us back to the same jurisdictional purview of the CLB, of course with the inclusion of the new state, Telangana. Hence matters pertaining to NCLTs in the Southern demarcation shall be heard and not only IBC matters.

How does the appeal system work?

The Code provides for matters in the NCLT to be appealed in the NCLAT and there are certain legal provisions indicating that Civil Courts would not interfere in matters especially relating to IBC, 2016. However it has been a matter of debate as some issues have been considered under appeal/writ jurisdiction in the High Courts. Given that IBC is an evolving law it might take a couple more years for this issue to be established. But as a by and large rules, appeals from the NCLTs across the nation are made to the NCLAT and subsequently to the Supreme Court.

Impact on cases or litigants?

It is anticipated that the new NCLAT Bench at Chennai will be a helpful move in the interest of cases and appeals as the sole NCLAT Bench is getting overburdened at the Principal Bench at Delhi. Setting up a dedicated regional bench for cases from the southern part of the country will also facilitate litigants to pursue their appeals at Chennai itself which could be relatively more accessible and convenient. There would certainly be reduction in time and costs involved in filing & handling of such appeals for the litigants making it more user-friendly towards the interest of speedier justice.

When will the NCLAT, Chennai begin functioning & what is the status of pending cases in Delhi?

Given that the infrastructure is yet to be completed and still being set up, the NCLAT Bench at Chennai might take a few weeks or a few months to get fully functional and operational, also given the current situation. Given the way things have worked in the past it is most probable that the NCLAT Registry at Delhi could start shifting of files of pending status to the Chennai Bench and this logistics process would take the time as mentioned above.

Given that the time period to make an appeal is a very limited at the appeal level, it would be expected that the Benches at Delhi might still entertain urgent relief matters from the states until the Chennai Bench is fully operational as litigants cannot be left in a vacuum. Moreover the present coronavirus pandemic is likely to delay matters for some time. There have been a spate of notifications[1] issued by various Ministries & NCLAT in wake of the pandemic and lockdown; whereby the principal bench is also closed and any urgent matters can only be filed by email to the registry. Further there was another circular indicating that the Chennai Bench is likely to be functional only by June 2020[2] and later notified to state that the Delhi Bench will hear appeals pertaining to the Jurisdiction of Chennai[3], which also at this point appears to be uncertain given the overall scenario.

All that can be said is that once things get back to normal; the Bench would start functioning but with some delay.

Would the cases be heard afresh which are at appeal level? Have the appointments of members been made?

While it would be difficult to answer this at this stage, again from past experiences when a new Bench is constituted to hear cases; usually the same starts afresh which at times mean starting all over again. But this aspect will have to be seen on a practical level.

With respect to appointments; certain appointments of members were made a while ago and it is expected that some from them would take charge and preside over the cases at Chennai Bench. A notification dated 17.03.2020has been issued by NCLAT mentioning a judicial and a technical member likely to take charge in Chennai.

Any likelihood of similar regional appeal benches and other places?

There could be a possibility of setting up similar appellate Benches in Mumbai & Kolkata for cases emanating out of the respective western and eastern regions of the country. But this is again a matter of discussion for the future and nothing concrete can be stated unless there is an official circular from the Government.

Views Are Personal Only.
(Author is practicing Advocate at Chennai)