[DEBATE] [Judiciary During Lockdown] Need For Judicial Restraint During Pandemic 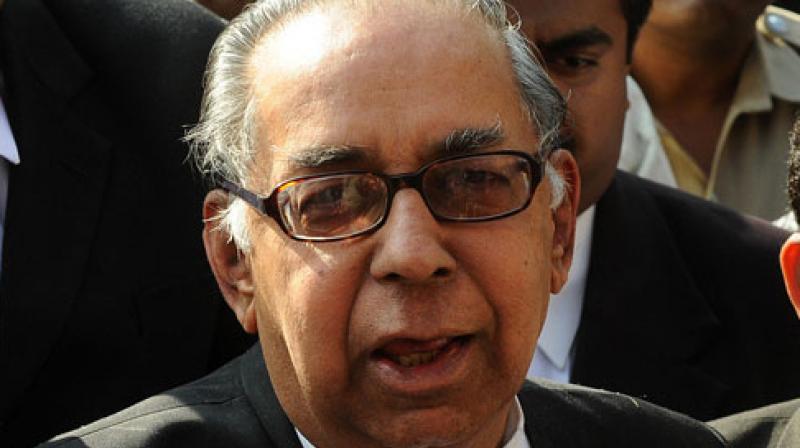 Corona Virus (COVID 19) has engulfed the World into an unprecedented crisis forcing most of the countries to enforce lockdown which appears to be the only option to control and contain spread of this dreaded virus. In India also this disease has spread to most parts of the country. More than 40 deaths are reported and there are over 2000 people who have tested positive. Large number...

Corona Virus (COVID 19) has engulfed the World into an unprecedented crisis forcing most of the countries to enforce lockdown which appears to be the only option to control and contain spread of this dreaded virus. In India also this disease has spread to most parts of the country. More than 40 deaths are reported and there are over 2000 people who have tested positive. Large number of suspects are expected to come for tests and treatment in the coming days. With the result, the Centre and the State authorities are working overnight not only to prevent spread of the virus but also to provide necessary facilities for testing and treatment of the suspects in large numbers. People of the country are grateful to the team of Doctors, Nurses and other para-medical staff for their sacrifice and dedicated service to the nation.

Though in the normal course, in an emergent situation like this, it is the executive (both Central Government and the State government) as well as local bodies which have to take necessary action not only to prevent spread of disease, but also to provide necessary facilities for testing and treatment of patients in hospitals, in view of the concept of PIL (Public Interest Litigation) conceived by the Higher judiciary in the country, Often people rush to the constitutional courts for redressel of their grievances by way of PIL with expectation of quick relief. It cannot be disputed that during the past few years, large section of the people have benefited vastly because of the intervention of the courts in PIL. However there is also widespread criticism that this provision of PIL has been misused in large number of cases and these adverse comments are not without basis. It is also believed in legal circles that the superior courts in dealing with PILs have many a times acted in excess of their jurisdiction quite often virtually trespassing into the area specially reserved for the other two organs of the Government viz executive and the legislative

The object of writing this article is to impress upon the concerned to avoid filing of frivolous PILs, when the country is facing a grave crisis. The concerned authorities are working overtime to prevent spread of the disease and give relief to the patients. In doing so it has become necessary to take some stringent measures to restraint the movement of people. At least in some cases persuasive methods and appeals have not yielded desired result. Many people are seen flouting the restrictions with impunity.

It is found that though the courts are closed for normal functioning, Constitutional courts are working few days a week to hear extremely urgent matters. However it seems some social activists and lawyers do not appear to appreciate the limited scope for courts to intervene in matters of certain restrictions placed as also providing facilities for test and treatment etc., Some of the High Courts also do not seems to appreciate the problems of the executive who have to tackle complex problems of multifarious facets with limited resources and man power with necessary qualifications. It is seem that large number of writ petitions are filed in different High Courts and several directions are issued. No doubt these directions are issued bonafide and for the benefit of the public. But the question is, are all these directions capable of implementation? Should not the courts generally leave it to the authorities to deal with situation? After all it cannot be assumed all the judges have expertise or special qualification to deal with several issues which arise for decision in a given situation. I am not on the question whether it is legally permissible for the courts to go on issuing directions on matters exclusively within the purview of the executive.

The point I am trying to make out is that the High Courts while dealing with cases at the present moment should exercise utmost restraint and intervene only when it is absolutely necessary for prevent travesty of justice. The courts cannot be blind to the prevailing situation of emergency. Every person in authority should spend all his time and energy to face the problem and not waste time to appear before courts to justify or explain alleged acts of commission and omission. Utmost support and co-operation between the judiciary and executive is the need of the hour.

I recall the following statement of Justice Stone

This statement was made dealing with the situations in normal times, But here we are in an emergency and hence the above statement is more relevant now.

It is a matter of satisfaction that the Supreme court of India has been exercising caution and restraint in dealing with matters at the present moment and it is the fond that hope that the High courts will follow the example set by the Supreme Court. The intervention by the courts should be to help the authorities to face the problem and not to create new ones.

(Author is a Senior Advocate and Former Advocate General of Karnataka)