Not Judge, But A Journalist Should Lead Press Council 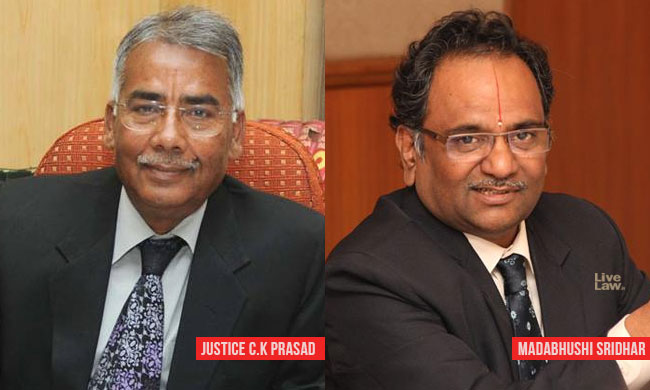 When the Medical Council is headed by a Doctor and Bar Council of India is chaired by a professional advocate, why a Journalist is not chosen to guide the Press Council? Law and logic totally fail to reason why a former Supreme Court judge should be the head of professional body of working journalists? The former Judge of Supreme Court would do justice to this position with his comprehension...

When the Medical Council is headed by a Doctor and Bar Council of India is chaired by a professional advocate, why a Journalist is not chosen to guide the Press Council? Law and logic totally fail to reason why a former Supreme Court judge should be the head of professional body of working journalists?

The former Judge of Supreme Court would do justice to this position with his comprehension of freedom of speech as fundamental right and the judicious/independent functional experience. A mature journalist with a clear understanding that press freedom is not absolute right and it should be associated with social responsibilities might offer better direction to BCI. Both judges and journalists should stand by the people independently.

It was a big shock that the Chairman, Press Council of India (PCI), who is a former Judge of Supreme Court, has chosen to stand before Supreme Court in support of en block restrictions on freedom of speech and expression. The decision of PCI chairman to intervene in a writ petition by a Kashmir Daily Newspaper Editor challenging the media- block-out imposed 20 days ago will raise doubts about existence of the PCI itself.

The damage caused to PCI as a Journalists' professional body is irreparable. A little relief is felt to know that the PCI changed its mind and realized its statutory responsibility to stand by the freedom of speech, if the media report is believed.

As the forts of constitutional institutions are falling one after the other, in recent times, the PCI was apprehended to be another such falling citadel of people's freedom.

The question is why the PCI chairman did not discuss about such a drastic decision this within the Council or consulted the media professionals?

The Press Council was repealed by Mrs Indira Gandhi but restored by Janata Party Government at the centre. If that was killer decision of Indira Government, the attempt to defend the restrictions is suicidal. Is it not the main function of PCI to work for preserving the freedom of the press and the people?

Anuradha Bhasin, Executive Editor of Kashmir Times, has filed a Writ Petition under Article 32 before Supreme Court seeking a writ to the Centre to relax total block-out of media, mobile, internet and landline services, on freedom of movement of journalists and media personnel in Kashmir and some districts of Jammu. The journalist sought the apex court help to enable working journalists to practice their profession by performing their duty to report, in furtherance of their rights under Articles 14, 19(1)(a) and 19(1)(g) and 21 as well as the Right to Know of the residents of the Kashmir valley. Since 4th August, the mobile phone networks, internet services, and landline phones were discontinued and shutdown, leaving Kashmir and some districts in Jammu completely isolated and cut off from all possible modes of communication and information. No formal orders under which such action was taken was communicated and the power and authority, behind such excessive and arbitrary action was still unknown. The communication blockade andstrict restrictions on movement of journalists resulted in a virtual blackout, and media reporting and publishing grievously impacted. The Civil Secretariat of J & K Home Department, justified saying: ''Keeping in view the latest intelligence inputs of terror threats, with specific targeting of the Amarnath Yatra, and given the' prevailing security situation in the Kashmir Valley, in the interest of safety and security of the tourists and Amarnath Yatris, it is advised that they may curtail their stay in the valley immediately and take necessary measures to return as soon as possible".

The PCI has to receive and respond to complaints by Press persons against the state-atrocities and also regulate the media professionals if they indulge in unethical conduct misusing the freedom. It would have been dignified for PCI to defend freedom and caution journalists to deal with the sensitive situation in Jammu & Kashmir with utmost care in the interests of integrating people of that state with the rest of the nation.

The PCI was expected to facilitate factual reporting and fair criticism and their proper publication in the valley. It has to independently study the fairness of restrictions and raise the need for review.

Under section 13 of the Press Council Act, 1978 the PCI has a mandate to(i) maintain high standards of public taste, (ii) foster "a due sense of both the rights and responsibilities of citizenship" on part of newspapers, news agencies and journalists and (iii) to "keep under review any development likely to restrict the supply and dissemination of news of public interest and importance". If the journalists in Jammu & Kashmir need to take some extra precautions in view of the prevailing atmosphere after Article 370 changes, the Press Council could counsel the professionals with necessary guidelines or code of ethics. But standing by side of Home Ministry for a block-out is neither moral nor legal.

In catena of judicial decisions, the apex court warned the abuse of executive powers vested in the state to indirectly curb the functional activities of the press. One such example is its judgment in Sakal Papers (Pvt) Ltd v Union of India (1962) 3 SCR 842, wherein this manner of using indirect means to impinge,on the freedom of newspapers was held unconstitutional. If circulation is restricted, the newspaper cannot survive, and its voice will be stifled. SC said ''its object is to regulate something which, as already stated is directly related to the circulation of a newspaper. Since circulation of newspaper is a part of the right of freedom of speech, the Act must be regarded as one directed against the freedom of speech…. Such a course is not permissible, and the courts must be ever vigilant in guarding perhaps the most precious of all the freedoms guaranteed by our Constitution".

If the apex court wants to examine the petition and inclined to grant any relief to press, Press Council should welcome. As a former Judge of apex court, the chairman of PCI should be happy about it. Assuming that the restrictions on press freedom could be justified in 'national interest' or 'for national integrity' as claimed by PCI, the Supreme Court still has a huge scope to examine a) whether total black out was warranted, b) could there be limits on such wide-open restrictions, some parts of happenings could have been allowed to be reported, etc. Even the period for which such total block out and reasonability of a whole-sale blockade for indefinite period could be examined on facts and circumstances. Reasonability of restriction in the context of the situation prevalent is what was envisaged by the Constitution. Judicial review of executive action such as examination of petition of Kashmir editor is the basic structure of our Constitution. Without invalidating all the restrictions on the media, the judiciary still can examine the need and validity of the total-blockade, its duration, lethal effects on right to know of the people in general etc. It is not just the freedom of speech of journalists in Kashmir, but the right to live, to know, to speak out and various other rights of the citizens in Kashmir are totally curbed. None knows how long this would go.Individual members of people groups and press naturally look forward to judiciary for a relief. How can Press Council oppose it? Press Council should have, on its own, ask the Government of India about the size and period of total restrictions on the media.

It is fundamental right of citizen to enforce his right to constitutional remedy under Article 32, which is unique provision of Indian Constitution.

An independent thinking Chairman, with professional experience and maturity would have taken a proper decision in these testing times. The Press Council should have performed the role of objective ombudsman between the Press, People and Government to facilitate freedom of speech in Kashmir. Government has all infrastructure and benefit of legal advice to take appropriate action. The Press Council has its own responsibilities. The Union Home Ministry or Governor of Jammu & Kashmir are not looking for the PCI's support. And PCI should know that it is 'independent' of them.

If there is any shield that protects democracy, it's the freedom to inform the people so that they express a critical opinion and report the problems of the people in Kashmir. Every democratic Constitution must recognize, declare, facilitate, guarantee and protect the people's right to tell, write, represent, petition and challenge constitutionality of a policy, more so if that curbs expression en bloc.

Each citizen, and journalist, has a right to inputs from the media or other sources to question the steps of any government. Building up people's opinion and pressurizing the Government to revise or reverse the wrongful policy is the dynamic requirement of any democratic constitution. It is in this context, the PCI should have a professional chairman and not a former judge. The long standing experience of a judge of apex court may not afford time or attitude to realize the importance of the freedom of speech. As the member of Bench, the Chairman has number of chances to understand the judgements of Supreme Court which made the press freedom as formidable fort of democratic society ever since the Constitution was commenced in 1950. This unfortunate decision of PCI chairman, though reversed at right moment, will emphasize the need for reforming PCI to get a journalist chairman.