Notification Of Section 230(11) And (12) Of Companies Act 2013: New Way To Squeeze Out Minority Shareholders 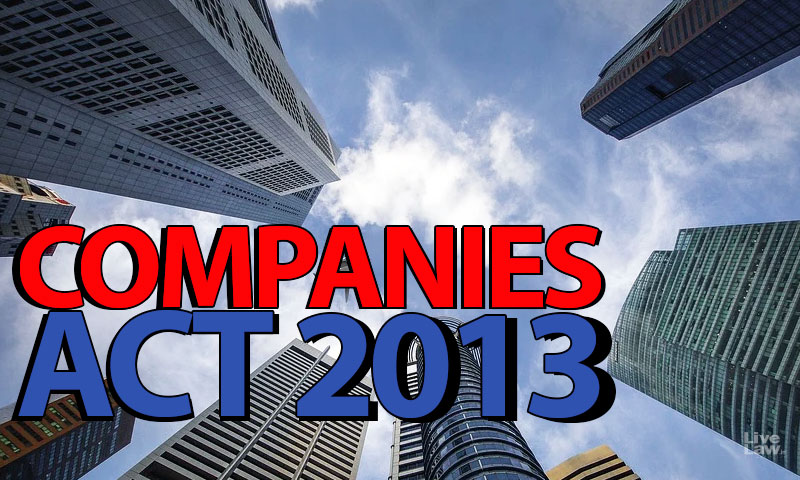 On February 03, 2020, Ministry of Corporate Affairs ("MCA") notified Section 230(11) and (12) of Companies Act, 2013 ("Notified Provisions"). The said notification has opened another door for majority shareholders to acquire the shares held by minority shareholders. Section 230 deals with scheme of compromise or arrangement between a company and its creditors or members. Such scheme...

On February 03, 2020, Ministry of Corporate Affairs ("MCA") notified Section 230(11) and (12) of Companies Act, 2013 ("Notified Provisions"). The said notification has opened another door for majority shareholders to acquire the shares held by minority shareholders. Section 230 deals with scheme of compromise or arrangement between a company and its creditors or members. Such scheme may include a takeover offer by a member of the company under Section 230(11) while under Section 230(12) an aggrieved party can report its grievance to such offer before the tribunal i.e. NCLT. MCA also released Companies (Compromises, Arrangements and Amalgamations) Amendment Rules, 2020 ("Amendment Rules") (Notified Provisions and Amendment Rules shall be together read as "Takeover Regulation") and National Company Law Tribunal (Amendment) Rules, 2020 ("NCLT Amendment Rules") dealing with the procedural aspects of Notified Provisions. Currently majority shareholders take the route of Section 66 and Section 236 of Companies Act, 2013 ("Act") to squeeze out the minority shareholders. So let's discuss the Takeover Regulation in pari passu with the existing framework of squeezing out.

This section allows an aggrieved party to approach NCLT with respect to any grievance in takeover offer. In case of listed companies such grievances shall be addressed to SEBI. The application to NCLT shall be made in Form NCLT-1 as provided under the NCLT Amendment Rules. The said application shall contain affidavit of the aggrieved party verifying petition, memorandum of appearance with copy of board's resolution or the executed vakalatnama, documents in support of the grievance and any other relevant document.

The memorandum of the company shall be altered and a confirmation from NCLT shall be received to give effect to such reduction.

Section 66 is a commonly used approach for squeezing out the minority shareholders as Section 236 requires a minimum threshold. Section 66 consists of a complex procedure as it requires a special resolution to be passed in addition to a confirmation from NCLT. In granting such confirmation NCLT has to undergo a long process which includes a) giving notice of every application received by it for reduction of share capital to Central Government, Registrar, Creditors and SEBI (in case of listed companies); b) take their representations into consideration made within 03 months of receipt of notice; c) verify the discharge of debts of creditors etc. Further, if the company is in arrear with respect to repayment of any of its deposit then no such reduction can take place. The company shall also satisfy the NCLT that accounting treatment for such reduction is in compliance with relevant accounting standards specified in Section 133 of the Act. Takeover Regulation will help majority shareholders to bypass such complex process as it only requires filing an application before NCLT with some supporting documents.

Takeover Regulation also provides an opportunity for minority shareholders to place their grievances before NCLT as compared to Section 66. Selective reduction under Section 66 does not require any active participation from minority shareholders and therefore it's difficult for them to challenge the same. The courts have also refrained themselves to pass any order against such reduction if the minority shareholders have been provided with fair value for their shares. The same has been held by Bombay High Court in Sandvik Asia Limited v/s Bharat Kumar Padamsi & Ors.[1] wherein the court said that:

"once it is established that non-promoter shareholders are being paid fair value of their shares, at no point of time it is even suggested by them that the amount that is being paid is any way less and that even overwhelming majority of the non-promoters shareholders having voted in favour of the resolution shows that the court will not be justified in withholding its sanction to the resolution."

Section 236 also requires the acquirer to deposit the total consideration amount of the offer in a separate bank account for at least one year. While under the Takeover Regulation the said requirement is to deposit half of the total consideration amount. However, the ambiguity remains on time period for which the said amount shall remain in the bank account as Takeover Regulation is silent on such timeline. The general industrial perspective is that it will remain till all the minority shareholders are fully paid. But then the question arises, what if the offer doesn't work out or if it gets rejected by the tribunal? Another ambiguity arises over the disbursement of these funds as no procedure has been provided for same under the Takeover Regulation. The answers are unclear and clarifications may be expected from MCA in future on such ambiguities.

The Takeover Regulation is an appreciable step for the majority shareholders to take control of the company. But majority shareholders shall opt for best suitable method considering the time and circumstances. In squeezing out, the debate revolves around the process of giving a fair exit to the minority shareholders. Although an aggrieved party can approach NCLT under Section 230(12) but the uncertainty remains over factors to be considered by NCLT in deciding such application. In matters related to minority squeeze out, judiciary had limited its intervention to the extent that minorities get a fair price of their shares. Even many legal professionals suggest that such applications are allowed only if they object the valuation of shares undertaken by the offeror. However, in the absence of any clarification and a settled principle by the courts nothing can be presumed. The time has also come for judiciary to decide a long battling question i.e. whether the minority shareholders have a right to hold their shares with no time constraint as they are the lawful owners of same or can there shares be forcefully acquired by the majority shareholders?