Ball In The Court 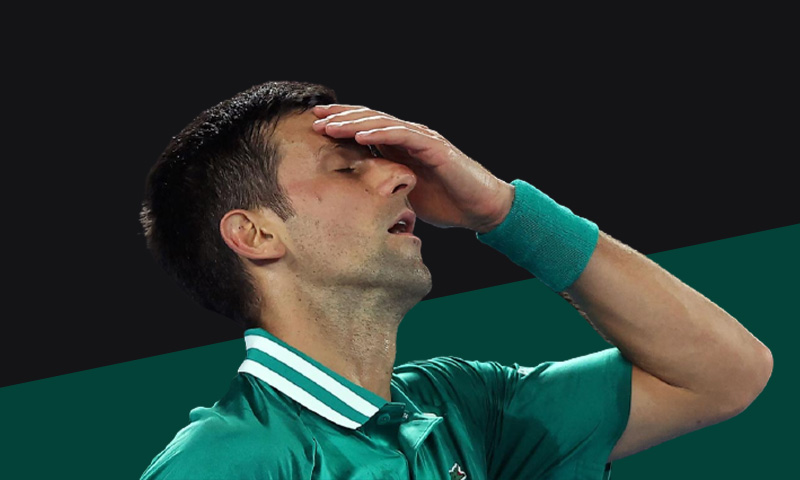 Recently (on January 20th), the Australian High Court gave reasoning for its judgment, which had rejected Djokovic's appeal to look into the order given by Minister to cancel the best tennis-player's visa. The whole Djokovic Saga came to a halt; which left many legal questions unanswered that in what manner should state take the measures to counter COVID-19, and to what extent...

Recently (on January 20th), the Australian High Court gave reasoning for its judgment, which had rejected Djokovic's appeal to look into the order given by Minister to cancel the best tennis-player's visa. The whole Djokovic Saga came to a halt; which left many legal questions unanswered that in what manner should state take the measures to counter COVID-19, and to what extent in compliance with National, and International Laws.

On January 20th, Federal Court of Australia reasoned its decision of not entertaining Novak Djokovic's appeal, which had demanded the Court to impugn the Minister's decision of cancelling his visa, and deporting him back to Serbia. Among the reasons, as the Court said, was that Djokovic "...might foster anti‑vaccination sentiment." due to his stance on vaccination, which "...may encourage rallies and protests that may lead to heightened community transmission." The Minister cancelled Djokovic's visa on the same "health and good order" grounds upon his arrival in Australia. Djokovic is well-known for his stance against vaccination that cost him the first Grand Slam tournament of the year. Australia has been overburdened with the COVID-19 cases, and subsequent hospitalisations even though the nation has already accomplished the goal of more than 90% full-vaccination among its population. The recent surge in COVID-19 cases across the world caused many nations to restrict, or halt international travel, and mandate COVID-19 vaccination. Nevertheless, the whole saga of Djokovic case left a trail for many overlooked fundamental legal questions to come up. Some major questions were:

As COVID-19 outbreaks impede the restoration of foreign travel, one out of every five locations continues to have its borders fully blocked; the blockage escalated even more now, after the recent surge of the cases around the globe. The restrictions can be on the basis of testing results, quarantine measures, or vaccination status of individuals. Visa of Djokovic was cancelled due to his stance, or status on vaccination, and he was deported back to Serbia.

Then, the question arose: can a country put travel restrictions on the basis of vaccination status? WHO's recent advisory on international traffic in relation to the new COVID Omicron variant (B.1.1.529) states that countries should adopt a multi-layered risk-based approach in order to contain the spread of the Omicron variant. The approach may include measures like screening of a passenger before travel and/or upon arrival, testing of an individual either prior to departing, or upon arrival, or using quarantine measures. Moreover, WHO precisely states that an outright international travel ban will be disastrous and that they will put "a heavy burden on lives and livelihoods." in addition to that, they will pose greater risk to global health "by disincentivizing countries to report and share epidemiological and sequencing data." WHO made it clear that any measure, related to the international travel restrictions, be applied with respect to travellers' dignity, human rights and fundamental freedoms, as outlined in the IHR (2005).

IHR (or International Health Regulations) is a legally binding document, which defines rights and obligations of the states in response to any Public Health Emergency. The instrument applies to 196 countries; Article 43 of the same laid down that the measures taken by any state shall not be "restrictive to international traffic", and reasonable alternatives shall be taken instead of "more intrusive, or invasive" measures to individuals. Article 3, IHR establishes that a state shall act considering the "dignity, human rights, and fundamental freedoms of persons".

India rightly complied with the given guidelines, in line with IHR. On 20th January, the Ministry released revised guidelines for International Travellers in India. Full Vaccination has not ever been made a requirement for travellers, and no one has ever been denied entry into India on the basis of vaccination. However, in Australia, Djokovic was deported back to Serbia on the same basis. The "risk" due to his being in the country was sufficient for the Minister to use its discretionary powers. The same risk could possibly harm public interests at large, and entail "civil unrest" of people not following the vaccination guidelines.

Being a famous personality, and widely-known as opposed to vaccination Djokovic can be considered as a special case whose presence may pose "a risk to health, safety or good order" as said by the Court. Subsequently, his visa was revoked. However, this cannot be a general rule for all the unvaccinated travellers visiting Australia since it was not only about posing risk to public health but also posing risk to good order of the Australian community in the form of various consequences that would have been possibly happened had Djokovic was allowed to stay, thereby affecting "public interest". Blanket ban on international travel will do more harm than good. The reasonable alternative for that could include COVID-19 tests, screening of passengers, and quarantining them, as observed in the Indian "risk-based approach". Instead of opting for the extreme choice, social distancing, contract tracing, and self-isolation must be done. In this crucial time, the world needs cooperation to deal with the pandemic, not coercive actions as mandated by some nations across the world.

The Minister used the discretionary powers under Section 133C(3) of the Migration Act 1958 on the ground stated under Section 116 of the said act, which says Minister may cancel the visa if he/she is satisfied that the action would be in "public interest" of Australian community, and that the presence of person may pose a "risk to the health, safety or good order of the Australian community". Likewise, in India, the deportation of Citizens, Migrants, and Aliens has been dealt with the Foreigners Act, 1946, and the Passport (Entry Into India) Act, 1920. Section 3 of the Foreigners Act empowers the Central Government to "prohibit, regulate, or restrict'' the entry of any foreigner, or group of foreigners, and their presence in India. Moreover, Section 11 of the same act expands the scope of discretionary authority to police officers, and relevant authorities as well.

In Hasan Ali Raihany v.Union of India, the Supreme Court of India held that the Government should have "compelling reasons, like national security, etc." in order to deport somebody. Hence, as the court maintained, a person can seek for legal remedy if there were no compelling reasons for the government to deport the individual.

Moreover, International Law does not out-rightly restrict expulsion of an alien. Article 13 of the International Covenanton Civil and Political Rights displays the same "national security" ground, upon which a member state can expel an alien.

However, the question arises when International Travel is restricted on the basis of vaccination status: is not getting vaccinated, and entering a country against "National Security"? Anti-vaccination sentiment does affect a country's national security, given that COVID-19 is a highly infectious disease, and in order to contain the spread, a country must achieve herd immunity by mass vaccination. An individual must have responsibility to not discourage others from vaccinating when a lethal pandemic has been showing its peak. There must be a sense of social conscience among people for vaccination, not vice-versa. Anti-vaccination sentiments may exist in the form of vaccine hesitancy, which was also termed as one of the top ten Global Threats in the year 2019 by WHO. The hesitancy takes shape into different doubts concerning the efficacy, unknown side effects, and various politically or religiously motivated conspiracies. Now, considering that Djokovic is a well-known icon for anti-vaxxers, his presence in Australia might pose a risk to "health, safety, or good order of Australian community", his Visa was cancelled. Consequently, he was deported back to Serbia on the apprehension that his presence might further aggravate anti-vaccination sentiments among Australians.

A Further Debate: Mandatory Vaccination, And The Indian Perspective

The whole fiasco of this case unveiled a further debate on the question: "whether people should be forced, or mandated to take the vaccine?" The series of events fuelled this debate across the world. Many countries have mandated the vaccine, or currently are considering it. For example, France even mandated vaccines, or having vaccine pass, for accessing several services in the country. Those mandates can be applied through direct force/threat, or through various indirect coercive measures. Like, in India, various governments, mostly state governments, have taken those measures in the form of restricting access to certain places, benefits, emolument etc. The powers are exercised under Epidemic Disease Act,1897, Disaster ManagementAct, 2005, even the Constitution of India mentions features like "Public Health and Sanitation" in the Directive Principlesof State Policy. (Article 47) Historically speaking, to tackle the Smallpox pandemic, the British Government of India had established the Vaccination Act in1880, followed by the Compulsory Vaccination Act in 1892. However, these types of statute existed only till 2001.

According to WHO's Policy Briefing on Mandatory Vaccination, there must be evaluation of certain Ethical Considerations and Caveats before a state goes for mandatory vaccination. Those considerations basically state that there should not be any reasonable alternative left before going for mandatory vaccination, and it also involves an evaluation of "necessity and proportionately", which means that if there exists an appropriate alternative, then the extreme action of mandating vaccines must not be used. By looking at the present scenario, there are several other alternatives that may be relied upon, such as working on sensitisation measures, getting vaccines accessible, showing transparency in evidence related to the vaccines, etc.

As critics of mandatory vaccination point out, the compulsion breaches certain fundamental rights of individuals, which includes personal rights such as right to privacy, right to life, freedom of religion and conscience, right to respect one's private and family rights, freedom to practice any profession etc. In India, in order to breach any personal liberty, as established by KS Puttaswamy judgement, there has to be three requirements: valid law, legitimate state aim, and proportionately. There are no laws, which specifically deals with "mandatory vaccination" in India, moreover, the factor of "proportionately" is questionable since the other alternatives are open to act upon. However, mandatory vaccination can be considered as "legitimate aim" considering that it is based on the grounds of "national security", and "public health and morality", as it was upheld by the European Court of Human Rights in Vavricka v.The Czech Republic. Thus, we can say Mandatory Vaccination must be the "last resort", and all the alternatives shall be exploited firstly.

With rising COVID-19 cases all around the globe, counter-measures are being taken in order to contain the virus. This gives plenty of leeway to different governments to exploit their power in the middle of chaos. The case of Novak Djokovic and subsequent events unveiled many questions revolving around measures taken by any state. People must not be restricted to travel, or to exercise their rights on the basis of their vaccination status; one must understand that this new globalised world order demands proper implementation of the fundamental values established by various legal instruments, rulings, or orders. The power given cannot be exercised arbitrarily by using drastic measures, like in the recent case of Austria. The only power remaining is within, and over ourselves; as said by Hugo Grotius, "Liberty is the power that we have over ourselves."

The author is a student at National Law University, Delhi. Views are personal.