Keeping In Black & White: An Analysis Of The Official Secrets Act, 1923 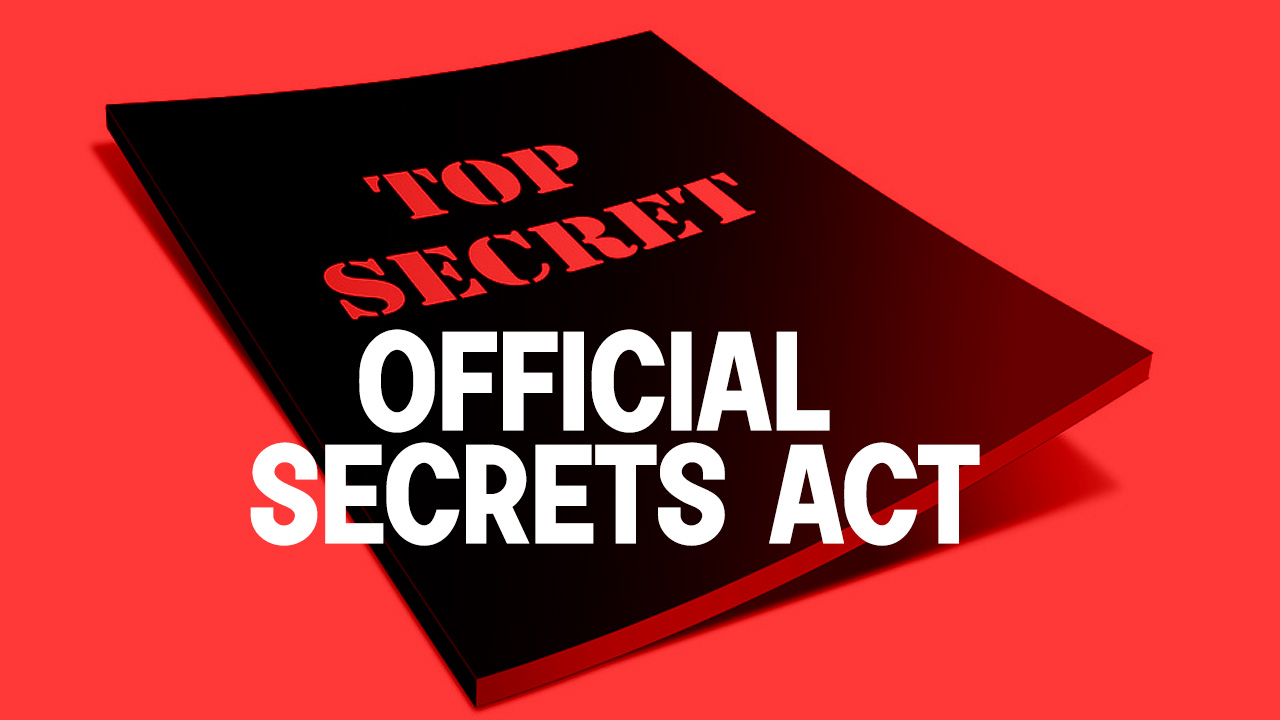 Espionage, derived from the French word 'Espion' which means 'spy', is the act of secretly observing an individual, organization or a government, with the sole purpose of acquiring vulnerable information and then sharing it back to another organization or state.

This tactic has been prominent around the world and there have been several historical texts, from East to West, mentioning the know-how of espionage, or in other words, spying.

During the Colonial Times, the British relied on Espionage and Internal Information to clamp down on freedom struggle and national movements. Later, the Colonial State passed a Legislation, titled Official Secrets Act in 1923, to curb and prevent the onslaught of espionage activities against them. Even after Independence, the then-Indian Government decided to retain this particular act and it is still in force, with little to no changes, almost a Century later.

The Act was rolled out with the sole objective of preventing any activity which threatens the security of sensitive/vulnerable information which, if let out, could be catastrophic at the hands of enemy organization/state and also to prosecute the Individuals involved.

The Section 3, which is the most commonly invoked section of the act, basically define the conduct of offender, primarily to obtain sensitive information, through which he may entail the punitive measures of the act and how the offender shall transmit the information obtained unlawfully to the enemy.

"If any person for any purpose prejudicial to the safety or interests of the State— approaches, inspects, passes over or is in the vicinity of, or enters, any prohibited place; or makes any sketch, plan, model…useful to an enemy; to any work of defense, arsenal, naval, military or air force establishment shall be punishable with imprisonment for a term which may extend to fourteen years and in other cases to three years."

The Punitive Measures which this Act employs includes prosecution even if there was no prior intention to leak such information or has done the same by mistake, included in Section 5.

Moreover, if the prosecution believes that any material that will be disclosed during the hearings is sensitive, uninterested members of the public may be excluded. Media is also a part of this exclusion.

According to the Act, search warrants may be issued at any point if the magistrate finds that there is a substantial threat to the state's sovereignty basis of the evidence. Also, only those in positions of authority are permitted to handle official secrets; anybody else found handling them outside of these areas is also subject to penalty.

The investigation of a crime must be assisted by journalists, up to and including disclosing his sources, by members of the military and police forces with ranks above Sub-Inspector.

Further, the Section 3(2) of the Act imposes a burden of proof on the accused, requiring them to substantiate their innocence or their purpose. Also, except on the basis of a complaint submitted by an appropriate authority under the government in accordance with Section 13(3) of the act, no court has the jurisdiction to take cognizance for the trial of offences committed under this Act.

Hole In The Paper:

The primary function of this Act was to prevent the communication of sensitive information that could wreak havoc if acquired by the Enemy state. However, the Legislation has been mired with several snags such that it becomes a Draconian-Tier Law in modern day India.

However, in a report of The Indian Express, it was found that even if the government designates a document as 'secret' under Clause 6 of the OSA, it may still keep it out of the reach of the RTI Act by using Sections 8 or 9, which consequentially give the government the right to withhold information, thus rendering an RTI ineffective. It is even claimed that OSA has turned into an instrument of corruption as obscurity caused by OSA undermines the fundamental foundation of RTI, whether it is in the current example of anomalies in the Rafale Aircraft purchase or abnormalities in the 1987 Bofors defence agreement.

Moreover, there is ambiguity in the text, as Official secrets and secret information are not defined to the point. Any type of information is regarded as 'secret' and protected under Section 5 of OSA. The Act doesn't include a description "secret." Additionally, public employees have the freedom to label anything as "secret," enabling them to withhold information.

Secondly, the Act is extremely vulnerable to be misused, and it has on several occasions been used arbitrarily to detain Journalists. One of the most prominent examples of this, the Iftikhar Gilani case. Gilani, a journalist stationed in Kashmir, was detained in 2002 for violating the Act after downloading a document from the Internet, which was alleged by the Government to be 'Secret'. However, the Government had to withdraw its case and Gilani was discharged by the courts after serving seven months in prison. Besides this event, there are several examples where the allegations levelled were later found to baseless, where the Act was used erroneously.

Moreover, despite the issues this Act causes there has been no effort by the Government to rectify the same. Even the 'Second Administrative Reforms Commission' (SARC) Report, published in 2006, recommended that the Act be replaced by a section of the National Security Act that contains the relevant clauses.

Originally enacted during the British era, this regulation was meant to suppress national publications' opinions and actions in an effort to overthrow the Raj. The Act's continued applicability in the 21st Century is frequently questioned.

The Act's proposed categorization of sensitive materials has come under scrutiny. Sometimes people think that this Act is merely a means of preventing people from asking questions about what the government is doing. The goal after independence was to defend the Nation from its opponents' covert activities. The law is now utilized to quiet those who inquire too frequently or perhaps, ask the right questions. Since it is still a part of the law, it comes into the possession of every government, irrespective of which political party is in power, and upholds the parent-child connection between the state and its citizens.

OSA must also be reexamined in light of the RTI's passage since it interferes with the RTI's core principles. To determine why the legislation was passed and if it still applies now, it is important to look back at its history. Since the two acts have distinct goals to pursue, they need to work in tandem rather than getting in the way of effective government.