One Nation One Vote, Towards A Unitary Form Of Govt ? 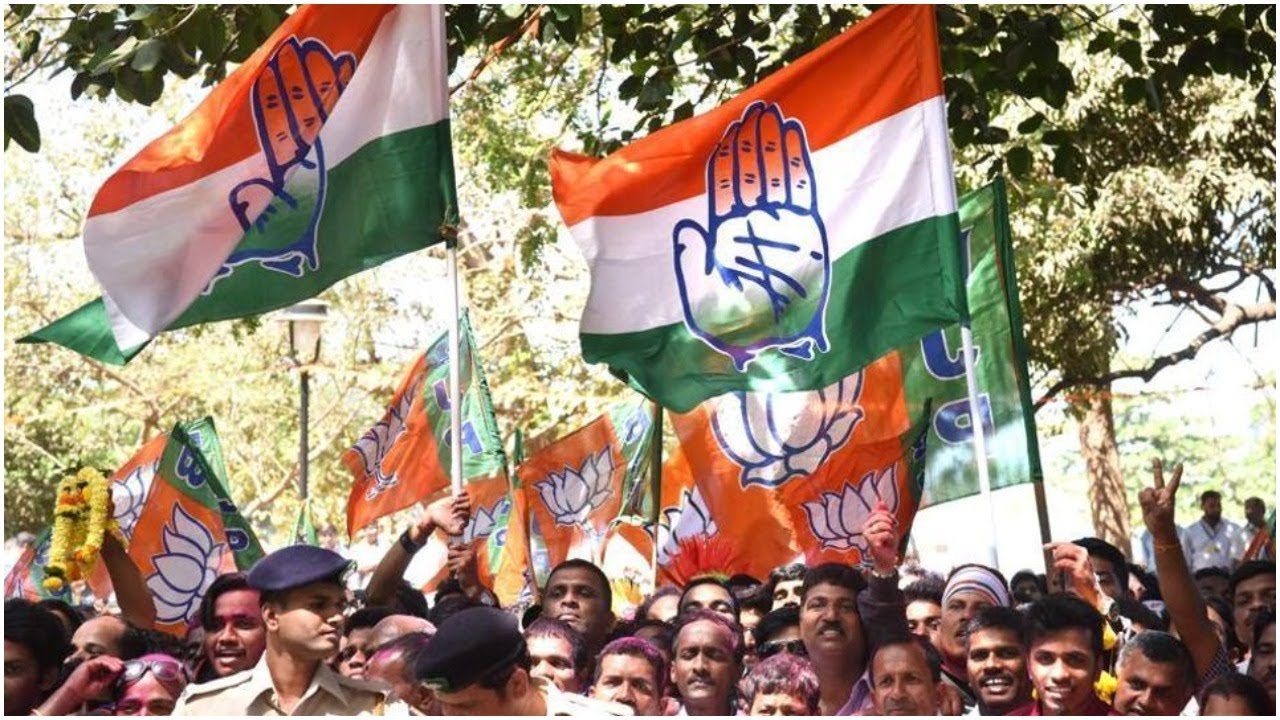 Elections are a mechanism to hold the government accountable. They are viewed as means to ensure that the citizens' interests are properly represented in the democratic process. The Constitution of India mandates direct elections at the end of a term of 5 years at both State and National level. Speaking in the Parliament, the Prime Minister proposed a plan for one nation, one poll. In...

Elections are a mechanism to hold the government accountable. They are viewed as means to ensure that the citizens' interests are properly represented in the democratic process. The Constitution of India mandates direct elections at the end of a term of 5 years at both State and National level.

Speaking in the Parliament, the Prime Minister proposed a plan for one nation, one poll. In the popular sense 'simultaneous elections' entail synchronised elections to all the tiers of the Constitutional government i.e. the House of the People (Lok Sabha), State Assemblies (Vidhan Sabha) and may also include elections to the local bodies. Effectively, the voter exercises franchise for all tiers on the same day.

It is evident that India is always on election mode, conducting frequent elections, be it at the Centre, State or local body level. It is also widely perceived by political parties that populism wins voters, especially the poor. As such the incumbents support populism over national interest. The goals of the political parties become short-lived and confined to winning elections rather than long term economic policy planning. There have been various instances when Governments have either preferred to postpone implementation of difficult structural reforms of their own accord or because of imposition of Model Code of Conduct before elections. The repercussion is always borne by the public.

It is suggested that if the elections are going to be a once-in-five-years affair, the incumbent can dedicate their time to developmental activities doing justice to the electoral mandate. Interestingly some studies even point out that concurrent elections bring about greater voter-participation which strengthens our democracy.

One of major argument in favour simultaneous elections is that each election costs the exchequer massively. The cost incurred by the ECI for conducting 2014 Lok Sabha elections alone was about Rs.3600 crore which must have increased manifold in 2019. Separate elections only multiply public spending.

Simultaneous elections will indeed result in reducing the cost of election but is it even plausible today? Is it practical to hold elections on a single day or even cumulatively when even the 17th Lok Sabha elections were held in 7 phase extending over a month?

The idea of one nation one poll found resonance in the past as well. From 1951 to 1967 General elections to the House of the People and all the State Legislative Assemblies were held simultaneously. But with the premature dissolution of some Legislative Assemblies in 1968 and 1969 and the House of the People in 1970, this practice came to a naught.

Simply put, holding simultaneous elections is not possible within the existing framework of the Constitution. Synchronisation of elections will require amendment in the relevant provisions of the Constitution along with other statutes. At the same time a pertinent question will be how to ensure that there is no disruption and untimely dissolution of the House at the Centre and the States ensuring continuance of the practice.

The framers of the Constitution did not discuss the subject matter of simultaneous elections. They seemed to have trusted the political maturity of future generation which would put in place a convention / practice in time to take care of this crucial aspect. The founding fathers must have thought that the imposition of President's Rule which result in untimely dissolution of the House, will not be used indiscriminately and the National elections may continue to correspond with State elections.

With reference to the discussion on Article 289 of the Draft Constitution, Prof. Shibban Lal Saksena, addressed this issue stating: "Our Constitution does not provide for a fixed four years election cycle like the one in the United States of America. The elections will probably be almost always going on in some province or the other. We shall have about thirty provinces after the States have been integrated. Our Constitution provides for the dissolution of the Legislature when a vote of no confidence is passed. So, it is quite possible that the elections to the various Legislatures in the provinces and the Centre will not be all concurrent. Every time some election or other will be taking place somewhere. It may not be so in the very beginning or in the very first five or ten years. But after ten or twelve years, at every moment some election in some province will be going on. In our Constitution all the elections will not synchronize but they will be at varying times in accordance with the vote of no-confidence passed in various Legislatures and the consequent dissolution of the Legislatures".

The idea of simultaneous elections may sound very lucrative and tempting but there are various implications of holding such elections .The constitutional and statutory aspects will be examined by the Courts in times to come whether it tinkers with the basic structure doctrine and other fundamental and legal rights. More importantly the courts will have to examine the practical feasibility aspect too.

It is true that a single election is cost saving, however periodic elections held at different points of time is the sole recourse of an unhappy voter seeking accountability. The Representation of the People Act, 1951 does not provide right to recall their legislator on the grounds of general incompetence of the representatives or dissatisfaction of the electorate and if there is a fixed term of the House for all times, then the situation may run a muck.

For instance, what happens if the incumbent loses majority in the State legislature and the legislature is put in suspended animation. Will it continue to remain in a state of suspended animation till the next general elections at the Centre? It is the sword of election which keeps the political parties and their candidates on their toes. It is a welcome prerogative of the government trying to reduce cost of election but it should find other measures of cost cutting rather than regulating the rights of citizens to choose representatives once in five years, which may harm the Indian federal structure in the longer run.

Under the scheme of simultaneous elections there is a perception that the incumbent will become autocratic if given a free reign for a fixed term. It is also suspected that the Centre may overlook regional issues. There will be enormous burden on the regional parties to flag local issues so that the voters may intelligibly differentiate from national matters during concurrent elections. It can be said that the idea of one election to an extent undermines and eclipses the regional parties, local leaders and regional agenda. It promotes the idea of one leader, one party.

Another pertinent issue is ensuring continuity in holding concurrent elections. If simultaneous elections are reintroduced it must take place regularly without break. However there is no foolhardy way to curb premature dissolution of the Legislative Assemblies as the power of imposition of President's Rule on the State cannot be taken away. The term of the House of the People and the State Legislative Assemblies is five years, unless dissolved sooner. Questions will tend to arise on the "term" of the newly elected House after pre-mature dissolution. After the pre-mature dissolution, elections will have to be held more than once. If so, will it not be more costly to hold plural elections, one at the beginning of the five year and the others during midterm on premature dissolution? Secondly, can there be a bye election to elect a new House for the remainder of the fixed term? Is it constitutionally permissible for the newly elected house to function only for the remainder of the term?

In England, by the Fixed-term Parliaments Act of 2011, it is lawful to hold general elections only after completion of a term of five years on a specified day in the year. By a vote of no confidence or by the majority of two-third members of the House of Commons, snap elections may be called. However with the present turmoil over Brexit, England is also debating whether it should shun the fixed term as the "will" of the people was in favour Brexit, the present representatives have failed to honour it amply.

By introducing simultaneous elections the government is looked at warily for harboring mala fide intention to convert the Indian polity into a unitary system. It comes across as a self-serving proposal of the incumbent to sway the voters to vote in favour of the National Party. At present Indian voters intelligibly differentiate national issues from regional issues and vote accordingly in different elections. But once elections are held simultaneously it is perceived that it may become easier to sway voters on national issues.

Holding the elected answerable for every decision made in the five years has paid off handsomely as a working system till date. Reasonable scientism has stood the test of time. In order to breech a working system, the government and election commission needs to answer all the questions raised here and bring all political parties and the civil society aboard.

Free, fair and periodic elections are the bedrock of any constitutional democracy. Election is the one time the citizens can demand accountability as a right. The prevalent form of elections provides citizens with numerous opportunities to hold the government accountable. This should not be confined to a single opportunity in five years. Only then will India be able to justify the tag of being the world's largest democracy. We have tried but could not put together one nation, one tax with 4 different tax rates under GST alone. We have tried but have not yet been able to put together one nation, one language with strong opposition to Hindi from the South since 1947. Similarly, one nation one election is likely to negate heterogeneity in our diverse country which votes on various factors while selecting their representatives to the different tiers of the government.

Authors Views Are Personal Only