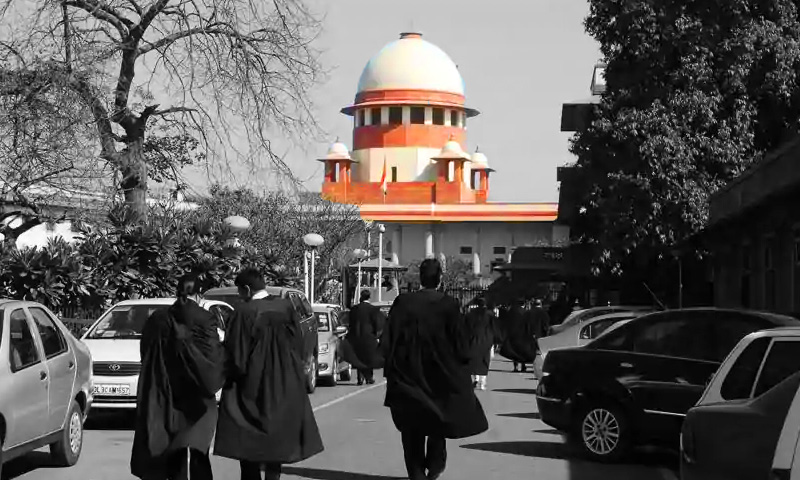 x
Our market economy is not and cannot be insulated from their moral and ethical consequences. The economic, moral, and ethical arguments infuse the paid/unpaid debate with direction.

The debate between paid and unpaid internships is not new. Ever so often, one stumbles upon a LinkedIn post demanding that internships are paid, which only beckons a breeding ground of ad-hominem and charged comments, without any change. The line between externships, on-the-job education, apprenticeships, volunteering and internships are undoubtedly not painted in orange and discernible...

The debate between paid and unpaid internships is not new. Ever so often, one stumbles upon a LinkedIn post demanding that internships are paid, which only beckons a breeding ground of ad-hominem and charged comments, without any change. The line between externships, on-the-job education, apprenticeships, volunteering and internships are undoubtedly not painted in orange and discernible to all. However, unpaid internships are often legal, popular and entrenched. The debate between paid/unpaid internships continues because of the ethical dilemma it seems to present. The dilemma stems from the basic assertion that the exertion of any labour deserves to be compensated in money. There is however more to this debate than first appears. Interrogating this is a step forward in re-orienting the debate in a manner that allows for some incremental change.

"We pay you in education"

The most common argument against paid internships stems from its pedagogical foundations in experiential learning theory. True learning, the argument goes, is a function of experience. Interns are afforded an opportunity to work in a professional work environment for which they are compensated in an enhancement of their knowledge and skill. Hence, to pay them is an undue double-benefit. In this view, internships are compensated with experience.

There is some consensus that on-the-job practical learning curves are significantly steeper than theoretical knowledge picked up from engaging with academia. The fallacy in the argument however comes from the misplaced trade-off between utility and money compensation. That work may lead to increased experience or skill-building has never been an argument to not pay someone within the traditional work space. Imagine your employer telling you that the work conference you attended this week benefitted you in terms of increased networking and helped build your communication skills - hence you shall not be paid. Extend that example – any professional work you do within the workspace aggregates as valuable work experience and increases your value in the job market. It would be preposterous for any employer to cut pay or offer no pay on the basis of the argument that your work helped you gain experience or build certain skills. Whilst bringing in experience may be an argument for increased pay, skill-building and experience-aggregation on the job is certainly no argument for reduced or no pay.

The traditional response to this is that interns (as compared to working professionals) often bring reduced skill to the table and that most work-product requires significant oversight and correction. Hence, internships are more educational in nature. There are two shortfalls to this response – first, there is a thin line between students which intern whilst completing their education and those that enter a workspace for the first time. Students who intern during their penultimate or final year of study are often similarly situated to those who secure gainful employment upon the completion of their studies. Both face steep learning curves, requiring constant mentorship, and attention. To divide the two classes on the basis of a presumption, is then arbitrary. Second, and related to the previous point, is the failure to account for the general overlap between paid and unpaid work. Often, interns assist in various capacities towards work that is geared towards revenue generation. This includes research, drafting, and brainstorming ideas. Personal experience, both as an intern as well as an intern coordinator, demonstrates that such work (even if in a limited capacity) is purpose-driven towards the economic ends of the business. For employers to then state that internships are purely educational with no economic gains for them for the work done is a fallacy. Interns are often relied upon for extensive and specific research or to corroborate or cross-check work done by existing employees. The potential financial gain to an employer is an argument to ensure money compensation for the work done.

The wheel of privilege: the moral and equitable argument

There is a more important ethical argument for paid internships that is yet to find a convincing rejoinder. Keep aside the different levels of exclusions (such as language, caste, religion, gender, sexuality and the like) in educational spaces as well as professional spaces. Internships are often expensive. For those interning in their home cities, expenses include travel to and from office as well as for work-related purposes in industries such as law, marketing and journalism. For those travelling to other cities, these expenses increase manifold. Costs include commute, accommodation, food and overheads. Even the cheapest paying-guest accommodation today ranges between INR 6,000 to INR 12,000 per month. Unpaid internships are then an effective barrier to students who cannot afford to bear these expenses. These are often students from a lower socio-economic background. To deny pay or offer meagre token sums creates a strong economic exclusion. In a recent article, Manan Thakkar and Palak Wahi concluded on the basis of their survey that whilst only "10% of the students from families with an annual income of less than Rs 5 lakh were able to afford to take up all internships that they aimed for…, more than 77% of the students from families with an annual income of more than Rs 25 lakh expressed that they could afford every internship opportunity that came their way."

To retort that those who cannot afford to travel must chose to intern at their home city to reduce cost misses the point. Keep in mind that reputed job markets (including the larger companies) are more often than not concentrated in dense cities and require aspiring interns to travel from comparatively less dense or remote towns. The same survey notes that whilst nearly 64% of rural students have never interned during their undergraduate studies, this figure drops to 20% for those students from urban areas.

This is only compounded by a second layer of exclusion – a job market that privileges internships as a gatekeeper to gainful employment. This is evident by the steep surge in internships over the past few years. In an increasingly competitive environment, the question of who is offered employment often factors prior work experience in the form of internships. The more internships a student has, the more likely they are to secure a job. Internships then are gateways to employment. Unpaid internships, in addition to creating a class of internships which are inaccessible to certain socio-economic classes, also perpetuate exclusion at the level of gainful employment.

As it becomes clear that internships are the necessary stepping stones to employment, there is a surge in 'reverse-paid internships' in some sectors. Where a letter of recommendation or certificate is increasingly seen as necessary to successful job applications, students can now be found paying to intern. Marketed to students as workshops and offering them 'internship certificates', companies and individuals are seen charging students anywhere between INR 1,500 to INR 10,000 to permit them to work for a brief period under them. This compounds the problem where internship programmes are structured to benefit only the haves.

The economic and profit-drive argument

One may retort – a business is not a charity and moral-ethical questions of access are not concern for profit-driven business enterprises. For a second, keep aside the question of access, ethics and morals. Let's also keep aside the broader argument of paying all interns, irrespective of economic background, is an affirmation to the dignity of their labour. Perhaps these arguments do not convince the business and profited-oriented mind. There is still a self-serving reason for why individuals and companies must increasingly explore paid internships.

With rising educational costs, it is not uncommon for most students, including well-performing students to be buried in student loans. What this means is that often, motivated and talented students are forced to either opt for paid internships or intern in their home town, wherever that may be. During an internship a few years ago, I interacted with two other interns who were extremely well-versed in tax laws and were arguably equal, if not better, to any entry-level working professional at the firm. They explained that despite being the toppers in their respective batches, they could not afford to intern in any other city or take up any unpaid internship. From the perspective of a firm, this is a big opportunity cost. Regrettably, it is often reputed firms that take in swathes of interns and refuse to pay any stipend, arguing that an internship certificate from their firm is adequate compensation. Even if the moral and ethical arguments for paid internships are not convincing, there is then perhaps a strong self-serving talent-driven argument to ensure that internships are paid.

Situating the paid-unpaid internship on two opposite ends of a spectrum has prevented any conversation on possible steps forward. What must businesses (individuals or firms) who offers internships consider as steps forward?

If the economic, moral and ethical arguments for paid internships are convincing, all internships must be paid. This does not mean token stipends, but a figure that is either fair (as determined by the business) or at the least matches the costs incurred during the course of the internship, whichever is higher.

If the economic, moral and ethical arguments above are partly-convincing, businesses should, at the least, allow potential interns to express their inability to take up an internship on economic grounds and explore paying those interns. Firms and individuals may devise a method appropriate to filter out these students. Splitting an intern pool would not be without opposition. However, this may be viewed as an incremental step forward when unpaid internships are viewed as a question of access.

If the economic, moral and ethical arguments above are not convincing whatsoever, businesses may benefit from focusing on the self-serving reasons to devise mechanisms that ensure that no prospective intern is blocked from an internship on economic grounds.

Businesses no doubt possess leeway to assess, determine and decide their economic outflow. The market economy however is not and cannot be insulated from their moral and ethical consequences. Framed this view, proponents of unpaid internships are put to a much higher, yet an unmet burden, of justifying the rationale and consequences of these internships. The education system and professional work-spaces already persist on different spheres of privilege and exclusion. It is a small step forward to reorient the debate on paid/unpaid internships within the broader rubric of privilege, access and exclusion and ask ourselves what we desire as the basis of our market economy.

*Karan Gupta is a Bangalore-based advocate who completed his legal studies from NALSAR University of Law, Hyderabad and the University of Oxford, UK. He may be reached at [email protected]

All views are personal.