Past Epidemics: How Have Courts Dealt With Them And What Should We Expect With COVID-19? 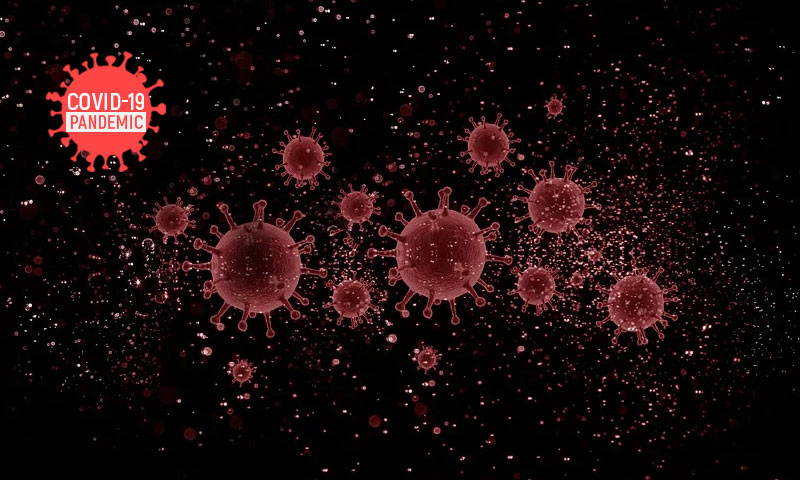 Force Majeure or an 'Act of God' is typically a contractual construct included by parties as an exception to breach of contract. Several jurisdictions, such as India, do not have a specific statute or a provision under their civil laws dealing with Force Majeure. Parties are bound by the contractually agreed implications. In the absence of a Force Majeure clause in the contract, an...

Force Majeure or an 'Act of God' is typically a contractual construct included by parties as an exception to breach of contract. Several jurisdictions, such as India, do not have a specific statute or a provision under their civil laws dealing with Force Majeure. Parties are bound by the contractually agreed implications. In the absence of a Force Majeure clause in the contract, an affected party's remedy may therefore lie only in invoking the principles of frustration making the contract void in its entirety.

Certain other jurisdictions, on the other hand, have codified principles under their civil laws governing Force Majeure. Article 1218 of The French Civil Code or The Napoleonic Code, for example, automatically suspends or terminates (depending on the permanency of the Force Majeure) performance of obligations upon occurrence of Force Majeure in contractual matters. It appears that French courts, for no discernible reason, have been on the forefront of deciding epidemic related Force Majeure cases. Ironically enough the eponymous statesman of the Code not only lost his Empire due to the catastrophic impact of the epidemic typhus on the French army during its 1812 invasion of Russia, but also eventually succumbed to, according to some sources, an epidemic of the time (gastric cancer) while in exile in the British island of Saint Helena in the South Atlantic.

COVID-19 or the potential 'Disease X', with all its epidemiological differences with epidemics of the past, is not showing much difference in its legal implications… yet. Take for example China – after the outbreak of SARS epidemic in 2002, the Supreme Court of China issued instructions to lower courts to apply bu ke kangli doctrine or Force Majeure in cases where a party was unable to perform its part of the contract. Almost two decades later, with the outbreak of COVID-19, courts in different provinces of China (such as the Heilongjiang province) have issued guidelines for conducting trials on contractual disputes arising out of the outbreak essentially giving affected parties the benefit of the doubt. On the administrative side, the China Council for The Promotion of International Trade issued China's first Force Majeure certificate on COVID-19 on 2nd February to an auto parts manufacturer in Huzhou, Zhejiang Province. By March 2020, it had issued around 5,000 such Force Majeure certificates.

On the dispute side, nonetheless, we are witnessing some 'first-of-its-kind' legal claims. In March, a class action complaint was filed in the District Court for the Northern District of Texas claiming an award "in excess of USD 20 trillion" as compensatory and actual damages from the Chinese government against "the creation and release… of a variation of coronavirus known as COVID-19 by the People's Republic of China… as a biological weapon…". In Bihar, it has been reported that a complaint has been filed against the Chinese President Xi Jinping and China's ambassador to India, Sun Weidong, for allegedly "hatching a conspiracy to spread coronavirus". There are also reports suggesting that a complaint has been moved before the United Nations Human Rights Council (UNHRC) by the International Council of Jurists seeking reparations from China.

COVID-19 may well be a novel coronavirus but legal cases invoking Force Majeure on account of epidemics are not so novel. The world has seen several pandemics and epidemics, and so have its courts albeit on a legal footing. The authors have not come across any reported judgments of Indian courts on this aspect. There are, however, a few lessons from the past which may shed some light on how courts, including those in India, may look to interpret contractual and legal Force Majeure provisions in the coming months. Some of these are discussed below:

As discussed above, with the outbreak of the SARS epidemic back in 2002, the Supreme Court of China pounded its drum and issued instructions in 2003 to lower courts to apply the bu ke kangli doctrine or Force Majeure in the event a party is disrupted or prevented from performing its contractual obligations due to the SARS outbreak or due to an administrative action of the government relating to the SARS outbreak. The district courts and trial courts were, therefore, directed by the Supreme Court to give the benefit of Force Majeure to defaulting parties, except in cases where such default was caused by negligence of such party.

However, the mere scale of an epidemic would not be the criteria for holding it as Force Majeure. Several other factors come into play. In Li Ching Wing v. Xuan Yi Xiong, [2004] 1 HKLRD 754, the Hong Kong District Court held that a tenancy agreement which had a term of 2 years cannot be held to be frustrated merely because the premises remained uninhabited for 10 days due to the SARS epidemic.

In Lebrun c Voyages à rabais, 2010 QCCQ 1877 (CanLII), the Small Claims Division of the Court of Quebec was dealing with allegations against an airline company and a travel agency for having failed to comply with their obligation to provide information regarding the outbreak of H1N1 flu in Mexico, before the departure of the Plaintiffs from Canada to Mexico. The Plaintiffs flew into Mexico on 23 April 2009 completely unaware of the H1N1 flu outbreak. It was alleged that had the Defendants informed them about the epidemic, the Plaintiffs would have either cancelled their trip or booked another destination. The Defendants, for their part, maintained that there was no information from official and reliable sources in Canada mentioning the outbreak of the H1N1 flu up until the Plaintiffs' departure, and as such, claimed the defence of Force Majeure. The Defendant airline company relied upon the contractual Force Majeure clause in its brochure which provided that if "any other factor unforeseeable… having an impact negative or hindering its ability to fulfil all of these contractual conditions" applies, then it "will be excused, discharged or released from this act, without any liability of any kind".

Upon trial, the Court of Quebec held that that the Force Majeure provision contained in the brochure has no application in matters of consumer contracts (which were to be dealt with by the Consumer Protection Act dehors the unilateral contractual restrictions). However, it found that the Public Health Agency of Canada released a message revealing the findings from the Mexican government on the H1N1 flu outbreak only on 24 April 2009, i.e. a day after the Plaintiffs had flown out to Mexico. It was also not until the end of April 2009 that the Canadian authorities advised travellers leaving for Mexico not to make the trip. The Court, therefore, concluded that "the phenomenon called "swine flu" constituted a case of force majeure at the time of the formation of the contract, because it was unpredictable. This event was also irresistible during the performance of the contract since it prevented the defendants from fully performing their obligation."

In almost identical facts, the Small Claims Division of the Court of Quebec in Béland c Voyage Charterama Trois-Rivières ltée, 2010 QCCQ 2842 held once again that the H1N1 flu outbreak in Mexico amounted to a Force Majeure event for an airline company.

The issue of the H1N1 flu also reached the courts in France. The Besançon Court of Appeal (2nd commercial chamber, 8 January 2014 – No. 12/02291), however, refused to hold it as Force Majeure which would release a party from its contractual obligations insofar as the flu had lost its unforeseeable nature upon being "widely announced". The Court held that "It should be recalled, in law, that the case of force majeure is understood to be an unforeseeable, irresistible and insurmountable event which makes the performance of the obligation impossible. This is not the case with the H1N1 flu epidemic which has been widely announced and planned, even before the implementation of the health regulations behind which the [company X] is trying to hide."

In the year 2015-16, at least three cases seeking to invoke Force Majeure during the Ebola outbreak came before the Paris Court of Appeal. In the specific facts of all these cases, the Court held that the outbreak of the epidemic did not exonerate the parties of their contractual obligations.

In CA Paris, Mar. 17, 2016, 15/04263, the Paris Court of Appeal held that the Ebola epidemic would be Force Majeure only if it directly resulted in the failure of the company. Therefore, it was held that even if Ebola was considered as Force Majeure, "it is not enough to establish ipso facto the decrease or lack of funds invoked by the appellant".

In CA Paris, Mar. 29, 2016, 15/05607, the Paris Court of Appeal held that the Ebola virus had not made the performance of the obligations impossible and could, therefore, not be considered as Force Majeure.

In CA Paris, Mar. 29, 2016, 15/12113, the Paris Court of Appeal once again refused to hold the Ebola outbreak to be Force Majeure. The non-performance of "the obligations of [company X]", the Court held, "because of the spread of the Ebola virus in West Africa… do not render the performance by the lessee of its obligations impossible".

In CA Nancy, Nov. 22, 2010, 09/00003, the Nancy Court of Appeal was dealing with a case in which the Dengue fever epidemic was sought to be declared as Force Majeure. The Court held that the Dengue fever was recurrent and therefore, foreseeable. It was not held to be "irresistible" by the Court insofar as "only 5% of the population has been affected and can be protected by protective measures (mosquito nets, wearing long clothes, use of repellents)".

In CA Paris, Sept. 25, 1998, 96/08159, the Paris Court of Appeal dismissed the plague epidemic as constituting Force Majeure primarily because at the time a preventive treatment was available.

What should we expect?

All the cases discussed above in the context of epidemics appear to uphold the most basic principle of Force Majeure: the mere existence of one is not enough to exonerate a party from its contractual obligations. COVID-19, even though a global pandemic, is unlikely to be dealt with in any other lenient manner by courts.

Specifically in the Indian context, parties looking to invoke Force Majeure provisions in their contracts could expect courts to continue to interpret them strictly and narrowly. Parties who have been rendered handicapped from performing their part of the contractual bargain would also have to laboriously show that COVID-19 did in fact have a direct impact on such inability to perform. The consequence of Force Majeure – suspension, permissible delay or termination – would entirely depend on the terms of the contract. Those without Force Majeure provisions in their contracts would have to plead (and show) that the contract has been frustrated in its entirety (Section 56 of the Indian Contract Act) – a much onerous task. In either case, courts can be expected to apply a "multi-factorial approach" as quoted from the 2007 Sea Angel Case by Nariman J. in Energy Watchdog v. CERC, (2017) 14 SCC 80.