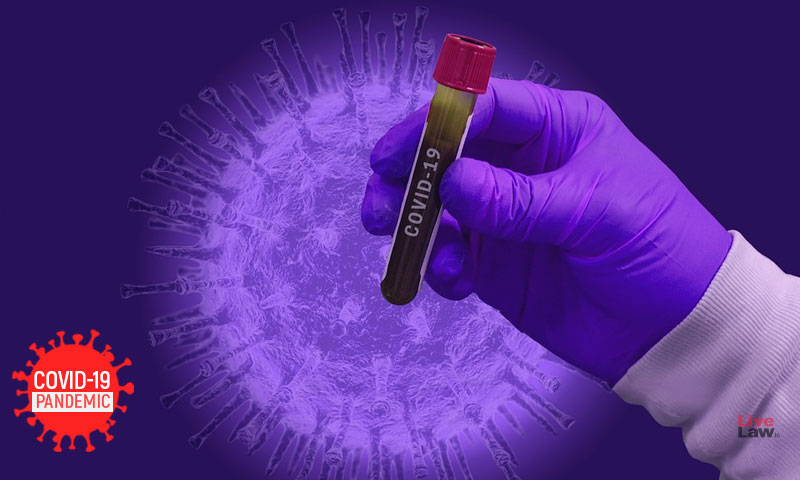 The Covid-19 pandemic has, among other things, brought into focus the role of patent law in innovation and in ensuring affordable access to medicines and healthcare. The patent system has often been accused of, inter-alia, reducing access to affordable drugs, of giving monopolistic power of controlling prices to big pharma, and of incentivizing profiteering instead of...

The Covid-19 pandemic has, among other things, brought into focus the role of patent law in innovation and in ensuring affordable access to medicines and healthcare. The patent system has often been accused of, inter-alia, reducing access to affordable drugs, of giving monopolistic power of controlling prices to big pharma, and of incentivizing profiteering instead of real innovation. Pro-patent lobbyists, especially the pharmaceutical sector, have maintained that patents help them recover the huge costs of R&D and attract investments. Anti-patent lobbyists, on the other hand, point to the real and potential harm that is, and can be, caused to both affordable access and collaborative innovation by low-quality patents, especially in a TRIPS-plus world where lower thresholds of patentability and patent eligibility are being pushed as the new normal. Be that as it may, a time of crisis might, quite ironically, be a good time to look at some of the provisions in Indian patent law that can help check the abuse of the patent system and promote affordable access to healthcare. One of the several such mechanisms is the Indian compulsory licensing regime, particularly sections 84 and 92 thereof. It needs to be pointed out that compulsory licenses in India are technology neutral and are not specific to the pharmaceutical sector. However, thus far, all the three cases pertaining to compulsory licenses have involved pharmaceutical drugs. And only one of them has led to the successful grant of a compulsory license (See, the Sorafenib Tosylate dispute (Natco Pharma v. Bayer at http://ipindiaservices.gov.in/PatentSearch/PatentSearch/ViewDocuments). That is just one grant in seventeen years since the time the new compulsory licensing regime was introduced in 2002. However, during a public health crisis, the questions of affordable access to adequate number of existing kits and medicines as well as continued access to potential medicines and vaccines are always going to be critical. Hence, it is expected, that, unless patentees considerably increase production and reduce their profit margins drastically, compulsory licensing provisions might just play a critical role in the months to come.

Patent rights are not just for the benefit of the innovator. Patents also enable disclosure of innovations and are supposed to ensure socio-economic development of the granting country. However, being monopolistic rights, patents are equally susceptible to abuse by the patentee. Consequently, patent systems need to have in-built mechanisms to control potential abuses of patent rights. Compulsory licensing is one such mechanism. Internationally, this mechanism finds sanctity from the Paris Convention on Industrial Property as well as from Article 31 of WTO-TRIPS. The Indian compulsory licensing regime is heavily influenced by both these international IP instruments, thus making our law compliant with both. Interestingly, TRIPS does not ever use the phrase compulsory license but Article 31 titled "Other Use Without Authorization of the Right Holder" is considered as laying down the requirements for grant of such a license.

COMPULSORY LICENSES: THE GROUNDS IN INDIA

Under section 84 of the Indian Patents Act, any person interested can apply to the Controller of Patents for grant of a compulsory license. But this can be done only after the expiry of at least three years from the date of grant of the patent concerned. Section 2(1)(t) defines a "person interested" as including "a person engaged in, or in promoting, research in the same field as that to which the invention relates". Such interested applicant must, in order to obtain such a license, establish any one or more of the following three grounds,

Reasonable Requirements: Section 84(7) of the Patents Act deals extensively with scenarios in which "reasonable requirements of the public" will be deemed as not satisfied. One such scenario is when the demand, for say a drug, far exceeds the supply. For assessing this parameter, the supply by patentee and its authorised licensees alone can be taken into account. It remains to be seen on the basis of facts and evidence, whether in case of a pandemic, any patentee together with its authorised licensees can actually meet the domestic demand for drugs, vaccines or diagnostic kits.

Reasonably Affordable Price: Generally, patentees tend to keep the price of innovator drugs substantially high. However, considering that in case of a public health crisis, affordability is a major consideration, this can perhaps be a strong ground for any prospective applicant for compulsory license who is willing to offer the patented invention at a much cheaper price.

Working of patent in India: It is arguable as to whether working of patent should mean that invention should be manufactured in India or whether imports alone can suffice for the purpose of working. Interestingly, a division bench of Delhi High Court, in Cipla v. Novartis (2017(70) PTC 80 [Del][DB]) has held that "a patent can be worked in India even through imports" provided they are of a sufficient quantity to meet the demands for the invention.

However, it is questionable if mere importation should qualify as working. One of the expectations from a patent system is that grant of patents must generate employment and boost local manufacturing industry in the granting country. Viewed from this perspective, holding mere importation as sufficient for working seems to be erroneous.

OTHER FACTORS FOR GRANT OF COMPULSORY LICENSE

While dealing with an application for compulsory license, the Controller is expected to consider the following factors, as per section 84(6),

Also, Controller is not required to consider any factors subsequent to the making of application for compulsory license. It should be noted that a compulsory license needs to be granted on certain terms and conditions. Some of these are enumerated in section 90. Illustratively, any granted compulsory license is non-exclusive and non-assignable.

In terms of time frame, the pre-application negotiations between patentee and applicant seem to be the most important. The applicant must make an offer for voluntary license and conduct bonafide negotiations with patentee for "a period not ordinarily exceeding" six months. If the negotiations don't result in a license within six months, an application for compulsory license can be made. Of course, thereupon, the Controller has to hear the parties and decide whether the compulsory license should be granted or not. However, this requirement of negotiation can be waived in the following cases,

Amongst these, the first two are of particular interest in a public health crisis. Can a health crisis or a pandemic qualify as a national emergency or a circumstance of Extreme Urgency? At least the Doha Declaration (Doha Ministerial Declaration on TRIPS and Public Health accessible at https://www.wto.org/english/thewto_e/minist_e/min01_e/mindecl_trips_e.htm) believes that it can.

The Declaration emphasises that "TRIPS Agreement does not and should not prevent Members from taking measures to protect public health" and consequently, TRIPS "can and should be implemented in a manner supportive of WTO Members' right to protect public health and, in particular, to promote access to medicines to all". Further, the declaration, which can be said to have attained the status of customary international law, states, in context of compulsory licenses, in its paragraph 5 that,

Therefore, in case of a public health crisis or a pandemic, it is quite possible to waive the negotiation requirement discussed above on ground of national emergency or extreme urgency. Further, the influence of Doha is clearly present in section 92 of Indian Patents Act. It allows the central government to simply issue a gazette notification declaring that "compulsory licenses should be granted" for any patented invention "at any time after the sealing" of patent "in circumstances of national emergency or in circumstances of extreme urgency or in case of public non-commercial use". Interestingly, in these circumstances the otherwise mandatory waiting period of three years from the date of grant of patent is also waived off. Any interested person can simply apply for a compulsory license post the gazette notification and the Controller will have to grant the license. It also appears that none of the three grounds of section 84 discussed above need to be proven in order to obtain a compulsory license under section 92. The mere existence of a government notification is enough as a reason to grant the compulsory license. Also, to hasten the grant in case of "public health crisis", the procedure of hearing both the patentee and the applicant under section 87 can be done away with by the Controller (see, section 92(3)). Therefore, in such exceptional circumstances, the patentee will have no say in the grant of a compulsory license and needs to be only informed of any such grant.

It appears that in case of a pandemic like Covid-19, for existing patents, a compulsory license can be obtained under section 84. Alternatively, the government can issue a notification under section 92 facilitating the easy and early grant of compulsory licenses. It should be noted that compulsory licensing regime applies only to existing patents. For inventions (drugs or vaccines) for which patent might be applied for in the future or for which patent applications are pending, other strategies will have to be seen.