Police Brutality: A Case For Urgent Intervention By The Constitutional Courts

Police brutality manifests itself both on and off the street – in the form of lathi charges, provocative firing on citizens, public shaming and beating, fake encounters, custodial torture happening in police station and other penitentiaries. The Third Report of the National Police Commission noted that nearly 60 % of arrests in India were either unnecessary or unjustified. This...

Police brutality manifests itself both on and off the street – in the form of lathi charges, provocative firing on citizens, public shaming and beating, fake encounters, custodial torture happening in police station and other penitentiaries.

The Third Report of the National Police Commission noted that nearly 60 % of arrests in India were either unnecessary or unjustified. This report was referred to by the Supreme Court in its decision in the case of Joginder Singh[1]. In the same decision it was emphasised that the police undoubtedly had the power to arrest and interrogate, but that power could not be exercised arbitrarily and capriciously. Realising the need for judicial intervention in such matters, detailed guidelines were formulated by the Supreme Court in the cases of Joginder Singh[2] and D.K.Basu[3], providing inter alia for the memo of arrest being attested by at least one witness (who would be either a member of the family or a respectable person), the arrested person being made aware of his right to have a close family remember being informed of his arrest, the right of the arrestee to meet his lawyer during interrogation, though not throughout the investigation, the constitutional obligation[Article 22(2)] to have the arrested person produced before a magistrate within 24 hours and for a medical examination in certain cases. A warning was also issued to the police bringing to their notice that a failure to follow the guidelines would entail being punished for contempt of court.

Many of the aforesaid guidelines were incorporated in the statute, by amending the Code of Criminal Procedure by adding Sections 41A to 41D,50A,54A,55A and 60A in the fond hope that the process of arrests would now be more transparent and the arrested persons would have additional safeguards over and above those already provided for in Chapter V of the CrPC.

"Custodial torture is a naked violation of human dignity and degradation which destroys, to a large extent, the individual personality. It is a calculated assault on human dignity and whenever human dignity is wounded, civilisation takes a step backward- flag of humanity must on each such occasion fly half mast. "[4], remarked Justice A.S. Anand, while rendering the now celebrated decision in D.K.Basu. Profound words – but seem to have fallen on deaf ears.

As many as 796 citizens died in police firing between 2009 and 2015 according to the data provided by the National Crime Records Bureau translating into 2 deaths a week on an average.[8] A total of 1782 cases of fake encounters were registered between 2000 and 2017 in India.[9] Encounters continue unabated even today with the numbers steadily rising each year.

Now compare this, with the number of convictions – 385 policemen were charged, 120 cases were dismissed by courts after charge sheets were filed and just eight policemen were convicted during the period 1997 to 2016.[10]

While Indians are expressing rage over the recent death of the father son duo in Tamil Nadu (P.Jayaraj and Beniks), we can be rest assured that this story will die its natural death, being buried in the deluge of other tragedies unfolding each day. A case in point is another news item indicating that seven policemen from Uttar Pradesh who were accused of torturing one Pradeep Tomar to death last year were exonerated by a trial court at Hapur recently, apparently on the basis of the statement of the family members of the deceased, stating that the policemen were not involved.[11]

"Agar apradh karenge thok diye jayenge" is a statement attributed to the present Chief Minister of U.P.[12], leading to the police chief for the State of U.P, Mr O.P.Singh to say "Encounters are part of crime prevention"[13]. Similarly the encounter killings of four suspects in the rape and murder of a young veterinarian near Hyderabad was openly feted by politicians like former Chief Ministers of U.P. Mayawati and Akhilesh Yadav [14]and a host of others. Unsurprisingly, such a course has found favour with other politicians who have even suggested following the "U.P. Model" in matter of encounter killings to weed out criminals if voted to power [15]

Make no mistake - custodial death or a staged encounter is nothing short of cold blooded murder. What is most egregious is, that an ostensibly disciplined force – the police, openly flouts the law with the tacit and in many cases the open support of the powers that be –the administrationself-defence is the excuse which is offered by the police – a defence which is seldom true. Sadly, they get away with it, as now, in most cases, public opinion favours instant justice, which in turn is good for catching, votes.

Custodial violence, unlike encounter killings, does not enjoy popular support, but mostly goes unpunished, as a complaint of such abuse is normally not given attention to by the police officers because of their ties to their brethren. What compounds the problem is the lack of direct evidence of torture. Further police records relating to custody and consequent investigation are often manipulated to help the accused policemen.

The Law Commission in its 113th Report had suggested the insertion of Section 114B in the Evidence Act, which in effect was to provide that the court may presume that an injury to the deceased in custody was caused by the police officer having custody of that person during that period. Change of burden of proof was thus advocated. The Supreme Court in 1995 and then again in 1997 in D.K.Basu[16] had expressed the hope the government should give serious consideration to such a provision being inserted, but sadly no action has been taken in this regard.

The current practise of booking the lowly constable and transferring the concerned sub-inspector or suspending him temporarily is an eye wash. Similarly, magisterial enquires in the face of no evidence or tampered evidence achieves little. Time has come to introduce provisions in the law, which would make senior officers who are in charge of the police station and the district, vicariously liable, where such atrocities occur. Such provisions may appear harsh, but murder (read -custodial death, including encounters), in police custody is no ordinary event. Fixing responsibility on higher officers will also ensure that they would stop following their political bosses blindly. To use the words of Justice Krishna Iyer "This Country has no totalitarian territory even within the walled world we call prison. Articles 14, 19 and 21 operate within the prisons…." -"….the state must re-educate the constabulary out of their sadistic arts and inculcate a respect for the human person –a process which must begin more by example than by percept if the lower rungs are really to emulate, then "….nothing inflicts a deeper wound on our constitutional culture than a state official running berserk regardless of human rights"[17]

"When will wits, not fists, become a police kit"[18] , asked Justice Krishna Iyer. Methods and tools of investigation require urgent mending. The state would require investment in scientific investigation techniques, which entails huge expenditure in terms of money, but more importantly, political will.

The onus clearly is on the legislature to intervene forthwith, for "the quality of a nation's civilisation can be largely measured by the methods it uses in the enforcement of criminal law."[19]Improving the justice delivery system however is low priority for Governments in India. The investigating agencies have allowed themselves to be tools in the hands of governments to settle political scores.

The Constitutional Courts in India would once again have to take the lead by framing guidelines to fulfil the mandate of Articles 20, 21 and 22 of the Constitution of India. Some immediate measures ought to be taken, so as to ensure that the rule of law is preserved and the dignity of our citizens is not impaired in any manner. Presence of an advocate throughout the investigation must be made mandatory even though Section 41D of the CrPC only permits the accused to meet his advocate during investigation, but not throughout the investigation. Such a measure would go a long way in protecting the rights of accused, most of whom are not well versed with the law. Investigation, as a matter of law must now be video recorded. All enclosures at the police station must have cameras which in turn should be accessible and monitored by the central control room in each district. Any kind of physical torture (and not just third degree) must be prohibited.

Even though the law with regard to use of force on the citizenry for dispersing any unlawful assembly, is pretty clear , when it provides for " use as little force , and do as little injury to person or property , as may be consistent with dispersing the assembly and detaining such persons "[20], the police in India are habituated to use of excessive force as a matter of policy to quell democratically permitted dissent . They use force to inflict punishment on the streets , as a form of instant justice, bypassing the courts of law and treating them as redundant .It is difficult to believe that in doing so they are ignorant of the law . They obviously think that the law be damned. The law is violated with gay abandon, as they rest content in the thought that the rigours of the law are meant for the ordinary citizen, and they have the protection of the political class, who are above the law. Incidentally, India is in the company of nine countries such as Sudan , Burnei , Bahamas , Sao Tome and Principe , Angola , Comoros , Gambia and Palau who have chosen not to sign the Optional Protocol to the Convention against Torture and other Cruel , Inhuman or Degrading Treatment or Punishment as reported by the Outlook Magazine.

The Supreme Court of India in 1981, speaking through Justice Krishna Iyer in K.S.R.Dev[21]was conscious of the situation we are in today and had this to say

"So long as an iron curtain divides the law set by the Constitution and lit by the Supreme Court from the minions of the states, so long shall this Court's writ remain a mystic myth and harmless half-truth making law in the books and law- in- action distant neighbours. This shall not be"

It is hoped that the Constitutional courts would once again stand up for the ordinary citizen by proactively ensuring that the iron curtain is removed, and the rule of law prevails. 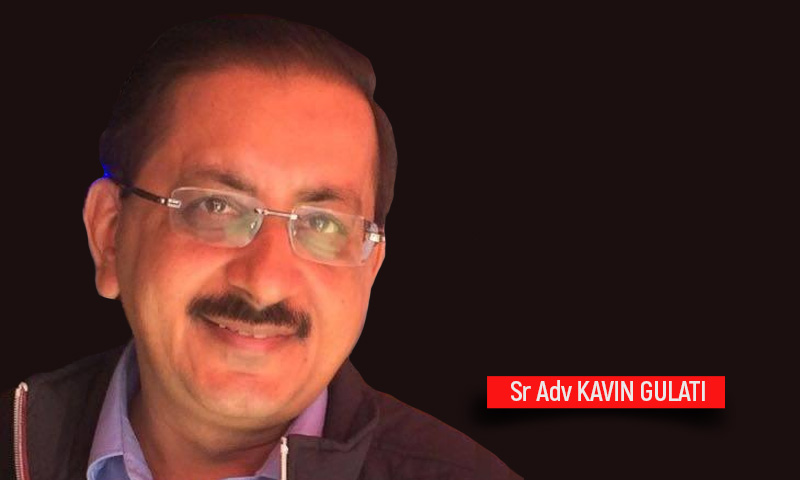