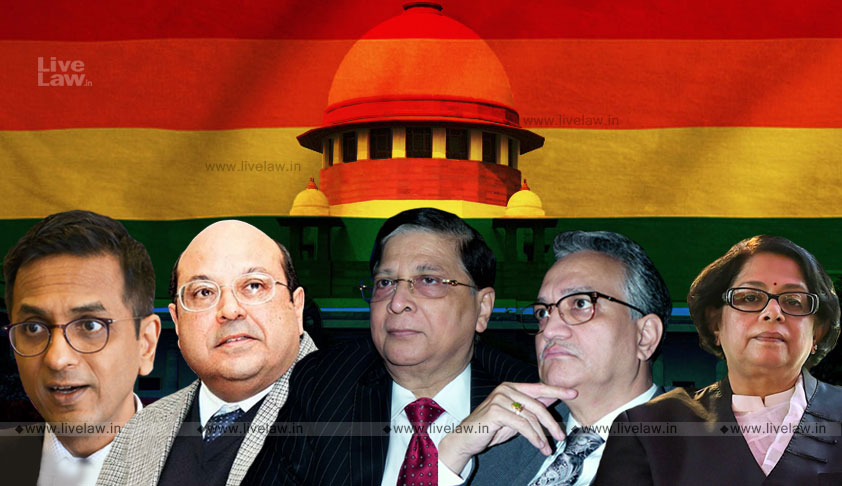 Two years after historic judgment in Navtej Singh Johar case, an age-old debate in legal philosophy is revisitedSir Edward Coke, in his The Institutes of the Laws of England, (1628) famously said: "a man's house is his castle" What was meant by 'castle' was defined in 1763 by the British Prime Minister Sir William Pitt: "The poorest man may in his cottage bid defiance to all the forces...

Sir Edward Coke, in his The Institutes of the Laws of England, (1628) famously said: "a man's house is his castle" What was meant by 'castle' was defined in 1763 by the British Prime Minister Sir William Pitt:

"The poorest man may in his cottage bid defiance to all the forces of the crown. It may be frail - its roof may shake - the wind may blow through it - the storm may enter - the rain may enter - but the King of England cannot enter."

These pronouncements constitute the embryonic form of the concept of privacy.

John Stuart Mill philosophically elaborated the right to privacy. According to Mill, both state and society posed threat to individual autonomy and the right to make choice and privacy. Mill defended the right of the individual to freedom. "it is being left to oneself; all restraints qua restraints is an evil". In its positive sense, it meant the grant of the largest and the greatest possible amount of freedom for the pursuit of the individual's happiness, creative impulses, energies, and for self-development. Thus, Mill excellently conceived the right to privacy, individual autonomy and rational choice. He reiterated the dichotomy of self- regarding and the other-regarding actions of individual. As far as self-regarding actions are concerned, an individual is sovereign. He argued that each individual has liberty to live as he pleased. Each individual is the best judge to assess his own interests and diversity should be honored.

J.S. Mill vehemently opposed moral policing. Majority in state and society tend to project itself as the controller of social opinion and an agent of social tyranny. Social tyranny is being exercised in subtle forms like customs, conventions and mass opinion. This social tyranny obstructs the right to privacy and choice. Mill used the term individuality to mean the power or capacity of individual for critical enquiry and responsible thought. Individuality is an integral part of right to privacy and choice. To Mill, happiness means individuality and liberty.

Morality as a tool of social control turns often an undue interference into individuality. Morality is normative in nature and derived from social institutions like religion. Morality belongs to the domain of society whereas law falls in the sphere of state. A violation of morality is a sin; but violation of law is an offence. Morality is directory; Laws, on the other hand, are the rules that a state mandates its citizens follow in order to regulate social life. There should be a clear-cut dichotomy of law/morality, public/private, and state/society in order to avoid the lurking of totalitarianism into social discourse.

The nexus between law and morality is the subject of an age-old jurisprudential debate. The prime question is whether law should de-hyphenate from morality. Does the change in the moral ethos of society automatically reflect on law? Nikolai Korkunov (1853–1904) differentiated law from morality in his Theory of Law (1900):

"the distinction between morals and law can be formulated very simply. Morality furnishes the criterion for the proper evaluation of our interests; law marks out the limits within which they ought to be confined."

From this axiom, it is plainly clear that morality and law have entirely different spheres of action. Law, generally speaking, should regulate only the public sphere and private sphere should be left to the morality.

The conundrum of Law v. Morality emerged in Britain in its severe form in the post-war era. The Report of the Departmental Committee on Homosexual Offences and Prostitution (better known as the Wolfenden report, after Sir John Wolfenden, the chairman of the committee) was published in the United Kingdom in 1957 and based on the report the Sexual Offence Act 1967 was passed, decriminalising certain homosexual practices in specific circumstances. Publication of the report and the Act triggered heated debate over the theme of Law v. Morality.

"unless a deliberate attempt is to be made by society, acting through the agency of law, to equate the sphere of crime with that of sin, there must remain a realm of private morality and immorality which is, in brief and crude terms, not the law's business".

Lord Devlin objected this philosophy and held that the criminal law of England has from the very first concerned itself with moral principles. Devlin stated that society is held together by the invisible bonds of common thought. However, Devlin held that the law must be balanced against respect for privacy.

Many decades after, in India, in Naz Foundation v. Govt. of NCT of Delhi the Delhi High Court held that treating consensual homosexual sex between adults as a crime is a violation of fundamental rights protected by India's Constitution. The verdict resulted in the decriminalization of homosexual acts involving consenting adults throughout India. This was later overturned by the Supreme Court of India. However the matter was re-scanned by a 5 judge bench in Navtej Singh Johar v. Union of India in 2018. In this case, the Supreme Court of India was asked to determine the constitutionality of Section 377 of the Indian Penal Code, a colonial-era law which, among other things, criminalised homosexual acts as an "unnatural offence". On 6 September 2018, the court unanimously declared the law unconstitutional "in so far as it criminalises consensual sexual conduct between adults of the same sex". The verdict was hailed as a landmark decision for LGBT rights in India. The Navtej Singh Johar & Ors. v. Union of India judgement has been a natural corollary of the Supreme Court's landmark judgement in Justice K.S. Puttaswamy vs Union of India (2017). This historic judgment affirmed the constitutional right to privacy.

But the Supreme Court judgement in Navtej Singh Johar & Ors. v. Union of India will remain dead-letters as long as the society stick upon its conservative and oppressive views on homosexuality and LGBTQ+ rights. The social stigma associated with homosexuality in India is an instance of social tyranny in J.S. Mill's phraseology. This predicament of the LGBTQ+ community again triggers the question of morality v. law in India.

In Joseph Shine vs. Union of India (2018), the Supreme Court decriminalised adultery under Section 497 of IPC. Section 497 was struck down on the ground that it deprives a woman of her autonomy, dignity and privacy and that it compounds the encroachment on her right to life and personal liberty by adopting a notion of marriage which subverts true equality. This verdict too poses the conundrum of privacy versus morality.

South Africa's highest court legalised the use of cannabis by adults in private places in 2018. Similarly, a matter is pending before the Delhi High Court challenging the constitutional validity of provisions of the Narcotic Drugs and Psychotropic Substances Act, 1985 (NDPS Act) and the NDPS Rules which prohibit and criminalise the personal use of cannabis. The petition was filed by the Great Legalization Movement India Trust.

All these developments again posit the conundrum of law v. morality or privacy v. morality in a conservative and hypocritic society like India. The contracting orbits of law and morality, per se, denote the expanding orbit of individuality. It is a good omen in India where totalitarianism is lurking to all spheres of life. In this sense, neither law nor morality should interfere in individual's sexual choice. Law and morality or state and society should not be peeping toms; provided the individual is a reasonable Mx.

(The author is an Under Secretary to the Government of Kerala)