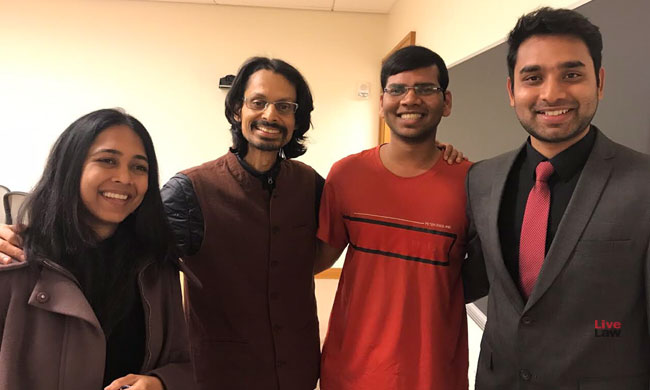 It's been more than a week since Professor Shamnad Basheer left us. While I tried writing about him earlier this week, my mind was not ready to sink in that he is no more. I met Professor Basheer only once and as recent as in April 2019; but the warmth, affection and encouragement that I got from him since then, made me feel as if I had known him for a long time. Professor Basheer...

It's been more than a week since Professor Shamnad Basheer left us. While I tried writing about him earlier this week, my mind was not ready to sink in that he is no more. I met Professor Basheer only once and as recent as in April 2019; but the warmth, affection and encouragement that I got from him since then, made me feel as if I had known him for a long time.

Professor Basheer had come to take a class at Harvard Law School (HLS) on 16 April 2019 as part of Professor David Wilkins' and Bryon Fong's seminar course on 'Legal Profession', that I was auditing. At that time, Professor Basheer was a Visiting Professor at the University of Pennsylvania (USA). The theme of Professor Basheer's class was "Innovation and Diversity". For the class, we were assigned to read the chapter "The Making of Legal Elites and the IDIA of Justice" (co-authored by Professor Basheer) from Professor Wilkins' edited book "The Indian Legal Profession in the Age of Globalization: The Rise of the Corporate Legal Sector and Its Impact on Lawyers and Society" (2017). 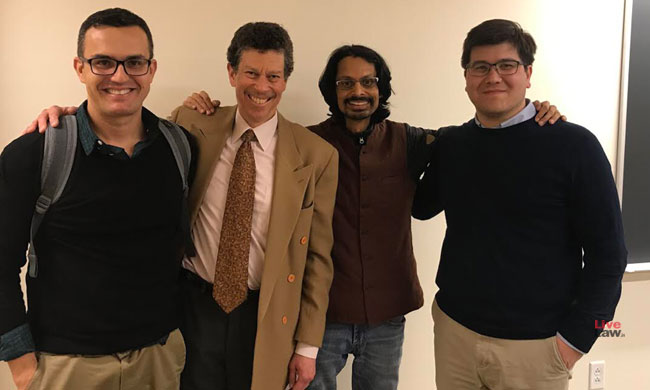 I have always been in awe of Professor Basheer's scholarship, his intervention in courts, and his IDIA initiative. I was therefore really excited to meet Professor Basheer for the first time. In his class, Professor Basheer spoke about diversity as a goal to be cherished in the legal profession. He began by acknowledging Professor Wilkins' work on diversity, which he has been doing since a couple of decades. Addressing the class comprising of students coming from different countries, he raised the issue of the diversity deficit in the National Law Universities (NLUs) in India, and emphasized on the need to bring students from the underprivileged background into the NLUs. He argued that doing this will not only empower such communities and their capabilities, but it will also enhance the educational experience of mainstream students and improve the quality of education overall. Professor Basheer stated that he strongly believed that diversity is a great contributor to innovation.

In the above background, he began talking about his IDIA initiative. Professor Basheer was a master in storytelling. He engaged the class by telling different inter-connected stories, one by one. When the IDIA was initially launched and he went with a team to talk to school students in a rural area, he narrated how the posters about well-paid corporate life could not attract those school students. Instead, when he engaged them in talking about real life problems, some students showed their interest in studying law. Professor Basheer also beautifully narrated about the struggles of several IDIA students who made it to NLUs. He remarked that the main aim of IDIA is to create exceptional lawyers and outstanding leaders from underprivileged groups, and that it never interferes in the career choices of students.

Professor Basheer further mentioned about the difficulties the IDIA students face even after entering NLUs. He narrated an incident when an IDIA student was continuously discriminated against by her fellow classmates in her first year. Such incidents had convinced him that IDIA should not be only about helping students to enter NLUs, but also consistently engaging with them in their five years time at these law schools and even after that. Such was his energy that despite his poor health, he would personally engage with every IDIA student whenever it was needed. The last point highlighted by him was that diversity in legal profession would not come by focusing just on NLUs. Rather, the quality of legal education in traditional universities must also be improved. I am sure that after his class, HLS students would have pondered on the issue of diversity in legal profession in their respective countries.

After the class, Professor Basheer interacted with Kumar Shanu (from The Fletcher School) and I, the two Indian students present in the class. He was warm, affectionate, and encouraging. Even after that meeting, I have had several interactions with Professor Basheer on email. He made it a point that I send him some of my writings and he took out time to read few of them.

Such an inspiring interview! I met @anuragbhaskar_ only a few months ago at Harvard (as part of a class that I took on diversity & law). I immediately sensed a keen intellect and a powerful spirit! One ready to take on the world and break bigoted barriers! https://t.co/1dmZUmBN4r

Professor Basheer was always ready to acknowledge and celebrate the achievements of those who have struggled in terms of opportunities. He had asked me to meet him after I come back to India. He was quite interested to discuss about finding ways "in which we can create more exceptional leaders from marginalized communities". Unfortunately, I couldn't see him after coming back. This is the regret that is going to stay with me forever.

Besides being a legendary scholar and teacher, Professor Basheer, for me, was more of a social justice warrior, who was always ready to challenge the status quo and to make this world equal. He was fighting the battle to reform India in his own ways. Professor Shamnad Basheer was a mutiny in himself. The real tribute to him would be that we carry forward the legacy he has left us with.

Anurag Bhaskar is LLM 2019 from Harvard Law School. He tweets at @anuragbhaskar_