Prorogation Of UK Parliament And Its Challenge Before UK Supreme Court 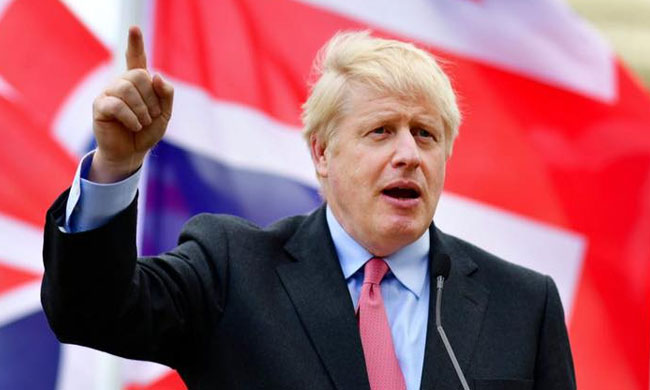 The United Kingdom ('UK') Supreme Court has recently finished hearing arguments in Miller v. Prime Minister, a case which shall go down as one of the most important constitutional law decisions in the country's history. The Supreme Court in the aforesaid case is adjudicating whether the prorogation of the UK Parliament by Her Majesty the Queen ('Queen'), is legally valid. The case is...

The United Kingdom ('UK') Supreme Court has recently finished hearing arguments in Miller v. Prime Minister, a case which shall go down as one of the most important constitutional law decisions in the country's history. The Supreme Court in the aforesaid case is adjudicating whether the prorogation of the UK Parliament by Her Majesty the Queen ('Queen'), is legally valid. The case is highly significant as it plays an instrumental role in determining the exit deal/terms with which UK departs from the European Union - to put it simply, the Court shall ascertain, whether the exit terms shall be as per the will of the Prime Minister or the Parliament.

This development is also relevant for India, as our Constitution has similar provisions regarding the prorogation of the Parliament/State Legislature. Therefore, arguably the concerns against the prorogation in UK, may be applicable if such a situation arises in India as well.

In the present post, I shall explain the events leading up to the prorogation of the UK Parliament. This shall be followed up by a discussion on the pending case before the Supreme Court and the arguments involved. I shall conclude the post by discussing the law on prorogation in India and how the Courts have interpreted it.

At the outset, a brief discussion on the meaning of prorogation would be helpful. In UK (akin to India), a duly elected Parliament does not sit every day but sits in sessions, where Bills are introduced, debated and voted upon. There is no fixed duration of a session. Prorogation means bringing an end to the proceedings before the Parliament, for the current session. In effect, the Parliament ceases to operate whilst it stands prorogued.

A decision to prorogue the Parliament is taken by the Queen on the advice of the Privy Council (in reality the PM). The advice of the PM is binding, and the Queen acts as a mere titular head affixing her signature, without exercising any real discretion.

It should be noted that UK follows the principle of separation of powers[1] strictly and hence, the judiciary rarely intervenes in Executive matters, especially the acts done in furtherance of prerogative powers/discretionary powers of the Queen (i.e. actions undertaken on the advice of the Privy Council).

A. Events leading up to the Prorogation:

In 2017, UK announced that it has decided to withdraw from the European Union ('EU') and shall be taking steps in furtherance thereof to ensure its exit by favourable terms. The date of exit was fixed to 31 October 2019. As per law, any exit deal which the government finalises has to be ratified (passed) by the Parliament.

Former PM Theresa May negotiated several exit deals with EU, but they were not agreeable to the UK Parliament and hence, not ratified. Subsequently, PM May resigned, citing the failure to obtain an agreeable exit deal.

Her successor PM Boris Johnson has met the same fate, and all his attempts to get the exit deal ratified by the Parliament have failed. Therefore, on 28 August 2019 it was ordered that the UK Parliament would be prorogued from a date between 9-12 September until 14 October 2019 i.e. for over five weeks. Many believe, that the decision to prorogue was taken to restrict the scrutiny of the Parliament over the Exit deal, as when the Parliament reconvenes (16 days before the date of Brexit), it will not have the requisite time to deliberate on the exit deal negotiated by the government and shall be compelled to pass it. The above prorogation was challenged before the Queen's Bench on the same day. The Queen's Court refused to interfere and held that advice of the PM to the Queen to prorogue the Parliament is not justiciable in a Court. Against the said decision, an appeal before the Supreme Court was preferred and the Court is due to pronounce its verdict soon, after hearing both sides.

To succeed before the Court, the Claimant had to prove two points. First, the prorogation was unlawful and second, the aforesaid issue is justiciable by the Court i.e. it can exercise its power of judicial review over the same.

The Claimant's primary ground of challenge is that the prorogation was ordered to prevent the Parliament from holding the Government accountable and pass legislations that would require the PM to take steps to ensure that the country does not leave EU, without a favourable deal.

It is further argued that the prorogation breaches the principle of parliamentary sovereignty[2] as the prorogation restricts the Parliament's ability to scrutinise the actions of the PM regarding the exit deal and pass laws to that effect.

Justiciability (Can the Court intervene?)-

The State on the other hand argues that the advice to prorogue the Parliament is not justiciable by the Courts. The State's arguments are two-fold. First, the test for interfering in matters of prerogative power is whether the decision involves matters of "high policy" or is "political". If a decision falls in the aforesaid categories, the Courts do not intervene in the same.

The Queen's Bench had inclined towards the arguments of the State and had ruled in their favour. Now the ball is in the Supreme Court, where similar arguments have been raised again.

In India, the law on prorogation of Parliament is the same as UK. Article 85(2)(a) of the Constitution of India vests in the President the power to prorogue the Parliament. Akin to the Queen, the President' order to prorogue is based on the advice of the Council of Ministers, in effect the PM, which is binding [Nabam Rebia v. Deputy Speaker, Arunachal Pradesh Legislative Assembly, (2016) 8 SCC 1].

Despite law being the same, the approach of the Courts in the two countries is very different. While the Courts in UK have a non-interventionist attitude in Executive matters, their Indian counterpart have not refrained from intervening, in certain situations. Although the Indian Courts have never faced a challenge to the prorogation of the Parliament, the Courts have been approached to challenge the Executive's exercise of discretion in other similar matters like, imposition of President's rule in a state, forming of government after fresh elections etc. In all these cases, not only has the Court adjudicated the validity of the Executive's actions but also laid down guidelines to be followed in future. This is in stark difference from the UK Courts.

Eyes of the British citizens are set on the verdict of their Supreme Court for it shall be instrumental in shaping the course of the Brexit negotiations. Indians on the other hand, await the verdict as they fear a similar course of action in future, given the allegations of violation of parliamentary and avoiding scrutiny, on its current government.

Out of the two nations, the former's citizens have more to worry as the chances of their Supreme Court intervening, is bleak, whereas in India that is not the case, at least yet.

± The author is an advocate based in New Delhi. The article was first published on the author's personal blog "The 'Basic' Structure".

[1] The principle of separation of power is a model of governance wherein the polity of a nation is divided into three parts i.e. Parliament (elected representatives which create the law), Executive (enforces the law) and Judiciary (interprets the law). The three organs are independent from each other and do not interfere in their respective workings. Although, they maintain a check and balance over each other.

[2] The principle of parliamentary sovereignty states that the parliament of a country is sovereign (over and above the judiciary and the PM) as it is an elected body representing the will of the people. It postulates that the Parliament decides what's best for the nation and accordingly frames the law.