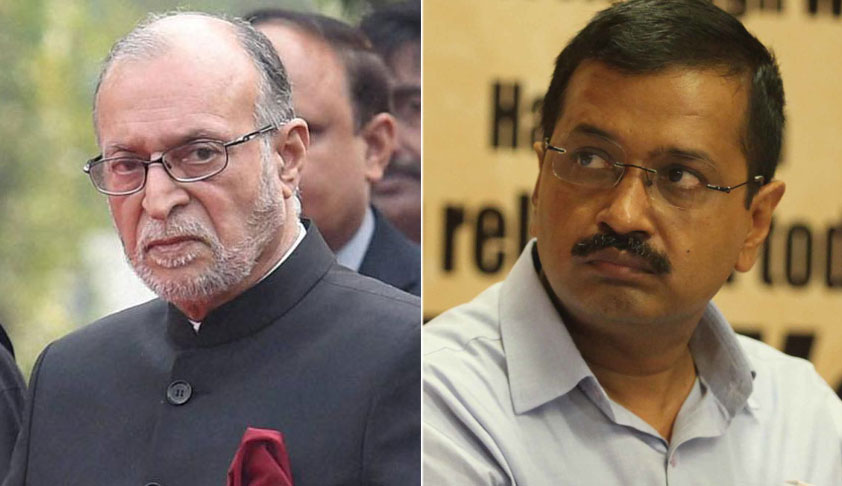 The Constitutional Scheme in India had in its wisdom, allocated Police including Railway Police, to the State Governments under List II of the Seventh Schedule. The Rational of this scheme not only secures the Federal Structure of the Country, but also the democratic character of its polity ensuring that no armed force except the Army, operated under the instructions of a single...

The Constitutional Scheme in India had in its wisdom, allocated Police including Railway Police, to the State Governments under List II of the Seventh Schedule. The Rational of this scheme not only secures the Federal Structure of the Country, but also the democratic character of its polity ensuring that no armed force except the Army, operated under the instructions of a single individual or group of individuals.

The Constitution of the Central Bureau of Investigation was challenged on this very ground, that the Parliament has no jurisdiction to legislate on the issue of policing. While this issue has been pending determination in the Supreme Court, the National Investigative Agency Act 2008 was enacted by the Parliament, with the ostensible purpose of fighting terrorism through a specialized agency, however this Act does not provide the National Investigative Agency (NIA), it sets up, any special resources, scientific cadre, special access to information, it only concentrates in the Central Government, the power to appoint Public Prosecutors and judges for the National Investigation Agency Courts. How this would strengthen the war on terror, is hard to fathom. But what is clear is that it usurps both the power of investigation and prosecution from the State Government and vests the same with the Central Government in a manner not conceived by either our Constitution or the Code of Criminal Procedure.

The Procedure prescribed for appointment of Public Prosecutors under Section 24 of the Code of Criminal Procedure, mandates that the state government will make such appointments in consultation with the District Courts and the High Court. This legislative mandate of the Code of Criminal Procedure, ensuring that Public Prosecutors are not just government nominees but are appointed in consultation with the Judiciary, is because an impartial prosecutor is a corner stone for fair prosecution.

Prior to the enactment of the Criminal Procedure Code, 1973, public prosecutors were attached to the Police department and they were responsible to the District Superintendent of the Police. However in 1958-59, the Law Commission recommended that an independent prosecution machinery be set up as keeping prosecutors outside the police control is the only way to ensure their independence. It was observed that if prosecutors are under police control, it will affect prosecutorial independence. In furtherance to the said report, the new code of criminal procedure came into force in 1973, the prosecution wing has been totally detached from the police department. In S.B.Shahane vs. State of Maharashtra, the Supreme Court cited the 14th report of the Law Commission with approval and held that a police prosecutor cannot be appointed as an Assistant Public Prosecutor and issued directions to constitute a separate cadre of prosecutors. In a catena of judgments the Hon'ble Supreme Court and various High Courts have reiterated, " A public Prosecutor is not expected to show a thirst to reach the case to conviction of the accused somehow or the other, irrespective of the true facts involved it the case. The expected attitude of the Public Prosecutor while conducting prosecution must be couched in fairness not only to the court and to the investigating agencies but to the accused as well.

In the month of February 2020, while hearing a Petition alleging inaction by the Delhi Police, in registration of FIRs on hate speeches alleged to have been made by leaders of the Ruling Party, Hon'ble Justice K.M.Joseph, of the Supreme Court said, "Regarding police inaction, I want to say certain things. If I don't, I won't be discharging my duty. I have my loyalty towards this institution, towards this country…" He was urged by the Solicitor General of India not to make any oral remarks, ostensibly as it would demoralize the Police, However the Hon'ble Judge, brushed aside this blatantly fallacious concern by the Solicitor General and remarked that, "The problem is lack of independence and professionalism in police. If this had been done before, this situation would not have arisen," However since the Delhi High Court was already seized of the issue in a Petition filed by social activist and former IAS officer Harsh Mander, the Supreme Court did not pass any orders.

The afternoon of this fateful day, saw a division bench of the Delhi High Court, playing, the alleged hate speeches of leaders of the Ruling Party, in open court, asking the police and prosecution weather they constituted cognizable offences and if so why FIRs had not been registered. This question was responded to by the Solicitor General of India, who was present in the Delhi High Court (without any specific role) not being a prosecutor for the State of Delhi that the time was not right for registration of FIRs. Though the Criminal Procedure Code does not permit any such discretion in the police and mandates immediate registration of FIRs in cognizable offences. The police was directed by the court to return their finding and the matter was adjourned to the next date.

On the intervening night, Justice Murlidhar, who had presided over the afore mentioned division bench at the Delhi High Court received the notification of his transfer to Chandigarh High Court. He described his last day at the Delhi High Court as one of the longest days, in his farewell speech before a packed court, where lawyers marked their protest against interference with the independence of the judiciary, with their overwhelming presence. The matter filed by Harsh Mander was adjourned without order.

Mr. Harsh Mander, the petitioner, therefore approached the Supreme Court seeking an urgent decision on this issue and the Delhi Police in response, filed a transcript before the Supreme Court alleging that the Petitioner of the said case who was seeking registration of FIRs against leaders of the ruling party had himself indulged in hate speech. How this was relevant to the registration of FIRs by the Delhi Police, against the said leaders, is unclear, but what is more serious is that media reports suggested that the transcript filed by the police was an edited version and words such as nonviolence and peaceful protest had been carefully deleted from the speech by someone before it was filed before the Supreme Court. No other incident can highlight the importance of an independent and vigilant prosecutor to ensure unverified and tampered material is not filed as evidence before the Court.

Hot on the heels of this Lt. Governor of Delhi, at his own discretion, appointed certain Central Government Counsels as Special Prosecutors specifically for the North East Delhi Riotscases. Disregarding the mandate of the Supreme Court of India in State (NCT of Delhi) vs. Union of India and Another (2018) 8 SCC 501 which clearly settled this issue holding that Special Prosecutors appointed under Section 24 (8) of the Code of Criminal Procedure, in Delhi, can only be appointed on the aid and advice of the Government of Delhi. After a few months of power tussle the Ministry of home adopted the procedure laid down by the Supreme Court and obtained the consent of the Delhi Government for this appointment.

It is significant to mention that the Special Prosecutors appointed under Section 24 (8) of the CRPC is the exception from the general rule that mandates the appointment of a prosecutor must be in consultation with the judiciary and not at the sole discretion of any Government. The propriety and Constitutionality of exercise of power vested under Section 24 (8) in cases where the political opponents of the ruling Party are being prosecuted is yet to be determined in a Court of Law.

Such a trend casts an ominous shadow on the promise of a fair trial. And casts a special duty on those charged to act as Special Prosecutors to act free of ideological considerations and political persuasions to ensure that the process of trial is one of prosecution and not persecution.